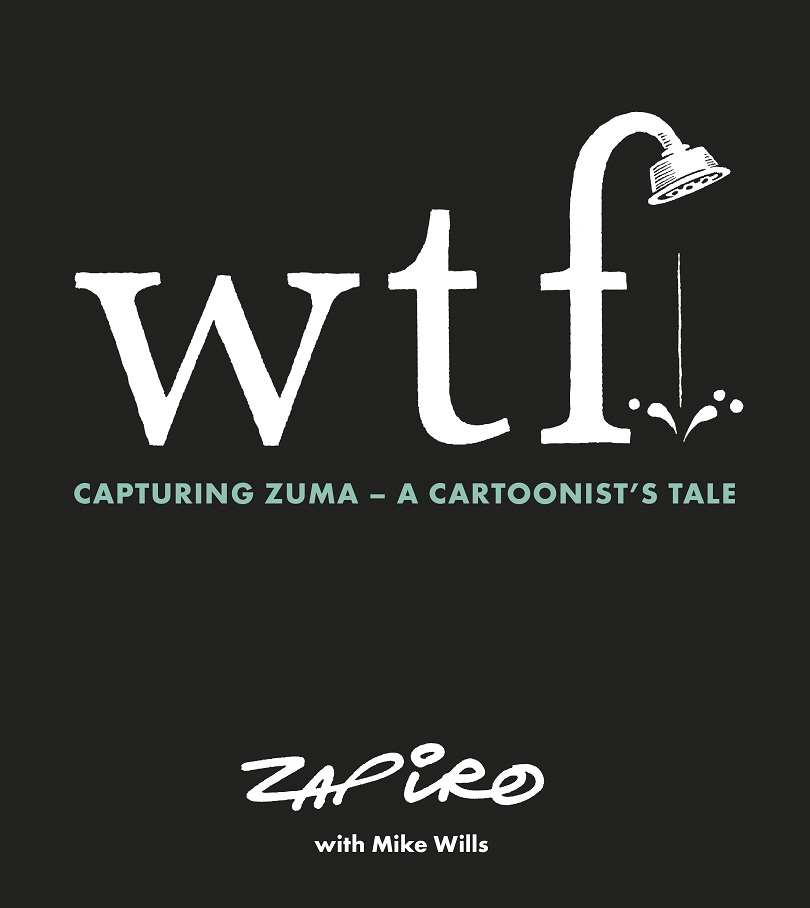 In case State Capture has escaped you, renowned cartoonist Zapiro won’t let you forget it. Along with talkshow host Mike Wills providing the back story in his own inimitable way Zapiro has drawn 400 brilliant, and that’s an understatement, cartoons capturing the Zuma years and the stories behind them. Who better than Zapiro to chronicle with pinpoint accuracy the rise and especially the fall of Jacob Zuma, South Africa’s former president. In fact, Zapiro first drew him with the iconic showerhead about  20 years ago, after Zuma went on trial for allegedly raping Khwezi.

Zapiro removed it for a short while when it seemed things were improving under Zuma. However, it soon went back its rightful place on Zuma’s dome and it has remained there ever since.

Zuma served two law suits on Zapiro for R22million claiming the cartoonist had invaded his dignity. But they were withdrawn when Zuma realised the error of his ways.  In his introduction Zapiro, aka Jonathan Shapiro, explains in a self-deprecating way the day the Sheriff of the Court appeared at the front gate of his Cape Town home with a summons. “I got a real fright the first time,” says Shapiro. After that he was “less fazed” and the lawsuits came to nothing because Zuma knew what would come out if he had his day in court.

Zapiro also gives an insight in to how a cartoonist works and how the showerhead came to be an inextricable part of Zuma. The cartoons, which will make you laugh and cry at the same time, reflect the Zuma years and state capture by the Gupta brothers.

Some of the most iconic cartoons, many of which were prescient, are reproduced here including the Rape of Lady Justice; The ANC Heir Apparent which shows Nelson Mandela looking over his shoulder at the people who would carry his mantle:  a two-faced Thabo Mbeki, Cyril Ramaphosa, Tokyo Sexwale, Zuma and Matthews Phosa, in that order. He also recalls in pictures the judgment handed down by  Judge Chris Nicholson, who in 2008, set aside the National Prosecuting Authority’s decision to prosecute Zuma on charges which included money laundering, corruption and fraud. The judge’s ruling was later overturned by the Supreme Court of Appeal; numerous cartoons of the Gupta brothers and of course, the Nkandla scandal.

Wtf is a collector’s item which will remind you of the very strange society we live in. So many years after the dawn of democracy. A Very Strange Society: A Journey to the Heart of South Africa is a 1967 book by Allen Drury, which explores the evolving government and culture of South Africa.