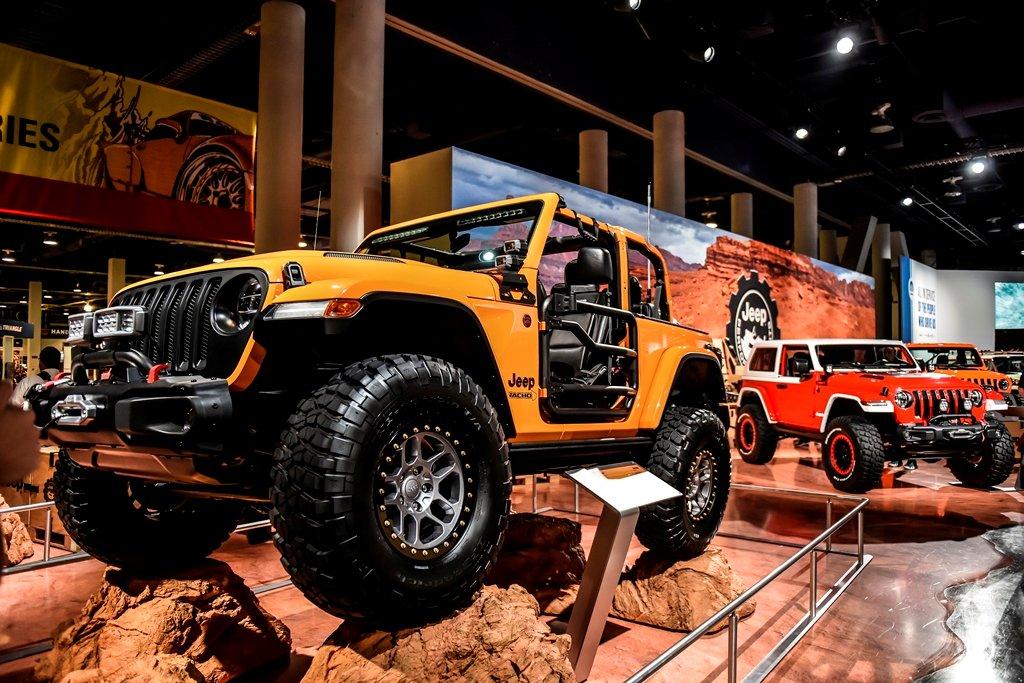 A dedicated area in the Mopar brand’s 15,345-square-foot display hosted some of the most significant custom-built concept cars, revealed at the 52nd annual Easter Jeep Safari last March  – the event for off-road enthusiasts that takes place in Moab the week before Easter. Three of them – the Jeep Jeepster, Nacho Jeep and Jeep Sandstorm – are unique, extreme customisation of the all-new Wrangler and pay homage to the icon of the Jeep brand – while the Wagoneer Roadtrip is based on the legendary Jeep Wagoneer.

These all-new axles are built strong, so hardcore Jeep Wrangler off-roaders can go where others fear to tread. High-strength features include AdvanTEK Gear technology that reduces gear set packaging with more strength and durability, improving ground clearance (available only in selected markets in the EMEA region).

In addition, for the ninth consecutive year, Jeep Wrangler has won the highly coveted “4×4/SUV of the Year” award, following announcement of the 2018 award winners at the SEMA Vehicle Reveal event held outside of the Las Vegas Convention Center.

This recognition confirms how the Jeep Wrangler continues to lead the way in the customisation world following the Mopar brand’s introduction of more than 180 exclusive Mopar accessories, created to increase all-new Jeep Wrangler customisation possibilities and complement the individual lifestyles of its owners.

The SEMA Awards, launched in 2010, are the SEMA Show’s definitive Original Equipment Manufacturer (OEM) award, shining a light on the hottest vehicles that showcase and launch aftermarket parts.

Jeep Wrangler remains the only vehicle to earn the trophy since the 2010 launch of the SEMA Awards and earned its crown in recognition as the most accessory-friendly vehicle in its class, as voted for by SEMA Show exhibitors.