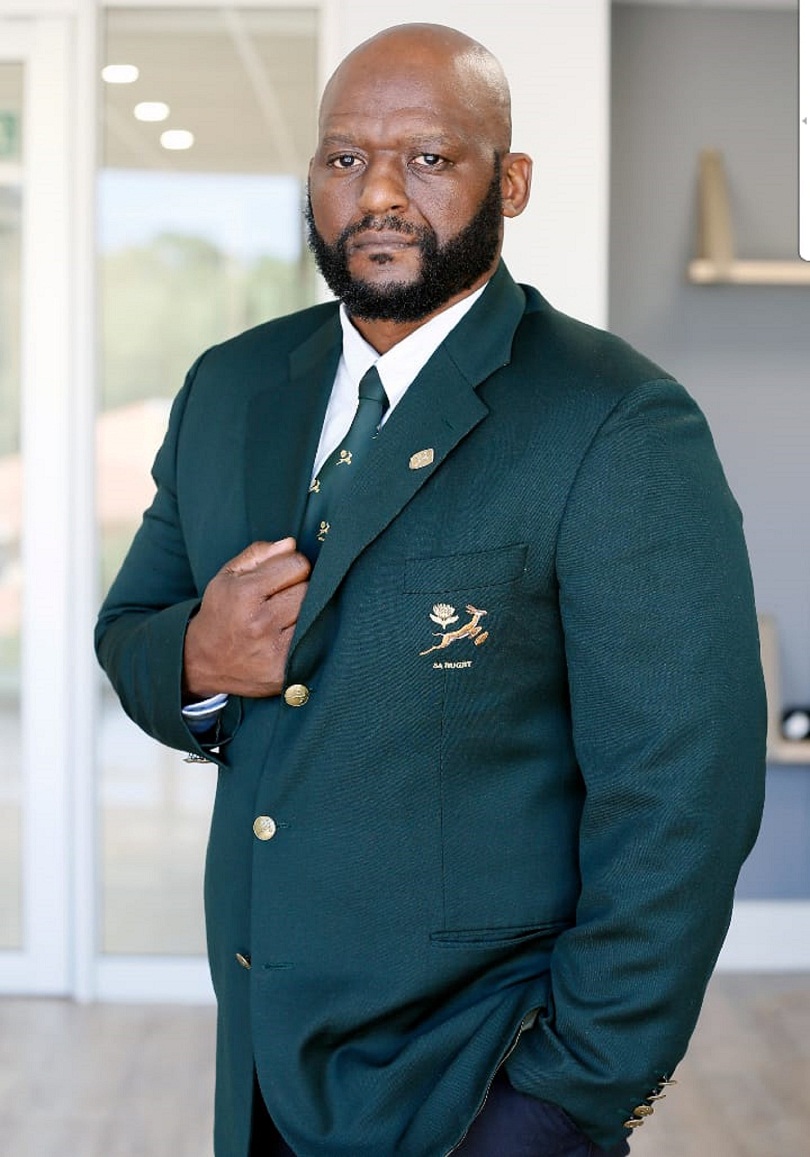 Thando Manana’s passion for rugby will stand him in good stead as he throws his weight behind a campaign to put the pride back into Madibaz rugby.

The former Springbok flank was recently elected president of the Madibaz Rugby Club, taking over the hot seat at a time when the varsity’s premier team have been relegated to the Varsity Shield competition.

Involved in rugby from an early age, the 41-year-old rugby fanatic feels Madibaz need to work hard to ensure they are the leading rugby institution in the Eastern Cape, with a place in the top five varsity sides in the country among his long-term goals.

“I believe it is essential for every member of the club to know their role and I want the club rugby family to impart the values I live by,” said Manana.

“These include hard work, honesty, a sense of empathy, faith, self-reliance, respect for other people and kindness.”

He added that having qualified coaches in charge of the teams was one of the key elements in ensuring success.

“It is vitally important to run Madibaz as a professional team, rather than an amateur approach, if you want to be the best.

“In addition to the coaching aspect, we need to attract the top Eastern Cape schools players to Mandela University.

“This goes hand in hand with getting business people to invest in the club so we can offer bursaries to promising young players, as well as scouts willing to scour the region to find the talent we can transform into being the pride of Madibaz rugby.”

Manana said his first three months in the position would be focused on making the complex issues simple.

“The simpler we can make it, the easier it will be to get everyone involved to do their jobs properly.

“I believe a new playing style should be one of the things we look into and this vision should filter down to women’s rugby, the Res league and the Young Guns.
“The quality of coaching, the physical preparation of our players and nutrition are of paramount importance in our bid to get back to Varsity Cup.

“The key values will revolve around the student community, a family environment and bringing back the pride.”

Manana said he and his executive were prepared to put in the hard work to ensure the Madibaz jersey “became great again”.

“We want to reach a situation where everybody on campus wears the Madibaz jumper on Friday in the build-up to our Varsity Shield games.”

Madibaz Rugby manager Theresa le Roux said they were delighted with Manana’s willingness to step into the position, feeling his standing in the sport would have significant benefits for the club.

“A well-known public figure, Thando has invaluable experience in the rugby world and we believe this is a perfect union as we enter a new era of Madibaz Rugby,” she said.

“I am positive he can take the club to new heights.”

She added that Manana would be responsible for some of the strategic functions of Madibaz Rugby Club, in conjunction with the director of sport, Yoliswa Lumka.

“He will also assist in building relationships with EP Rugby, clubs and various other stakeholders in the rugby fraternity,” she added.

CAPTION: Former Springbok flank Thando Manana is relishing the chance to restore the pride to Madibaz rugby after being recently elected the club’s president. Picture: Supplied