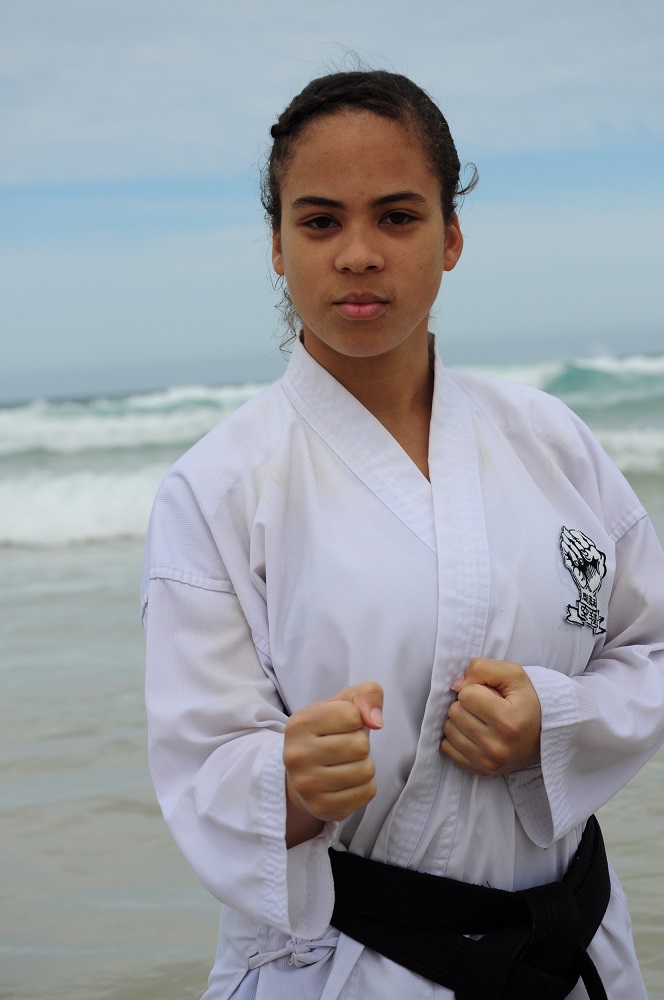 Madibaz karateka Adre Weideman enhanced her standing in the sport when she returned from a recent national tournament in Stellenbosch with four gold medals.

The 20-year-old Nelson Mandela University student, from Korsten in Port Elizabeth, competed in the Goju Kai tournament last month and ruled the kata and kumite categories.

Even though she lacked some confidence going into the tournament, Weideman said her success made her realise “I can do anything I put my mind to”.

“I was recovering from an injury and juggling a hectic academic schedule, which often caused my training to take a back seat,” said the third-year human movement science student.

“Apart from all the insecurities about whether I had trained enough and if I had fully recovered, these medals have provided the motivation for me to keep pushing and to believe in myself.”

She added that a number of factors contributed to her success.

“Thanks to the constant motivation from my coaches Shihan Clayton Thom and sensei Warda Mallick, as well as from my family, I had no choice but to apply my mind to do the best I can.”

“I was also honoured to be chosen as a provincial coach for the team. Being put in this position of trust meant I wanted to prove I was the right person for the job and that motivated me even more.”

The third factor had a personal ring to it because Weideman competed alongside her sister, Luchay, a Grade 10 pupil at St James High.

“She is a world medallist [in her age-group] and just competing with her made me bring my best to the table,” she said.

“I wanted to give my all the same way she gives her all – to match her fearless attitude in competition definitely gave me the edge I needed.”

She felt great satisfaction with her efforts after winning only one gold medal in the same tournament a year ago.

“I was quite disappointed in my performance then,” said Weideman. “However, this year I couldn’t be prouder due to the fact that I put in the effort and made sure I gave it my all, regardless of the outcome.”

Her results cap a year that she said had been a roller-coaster, juggling a karate career with study commitments.

“However, to know that I have made my parents, senseis, friends and family proud makes it all worth it.

“The support I have received from them cannot be measured. It’s great to know that I have such a big support system, who have my back and are there celebrating my performances with me.”

Madibaz Karate manager Bernard Petersen said they were proud of Weideman’s efforts as she helped to strengthen the university brand.

“Karate is alive and well in both styles, semi and full contact,” he said.

“Adre missed the opportunity this year to go to Japan with the USSA [University Sport South Africa] team due to a lack of funding and her results in Stellenbosch are an indication of what a strong competitor she is.”