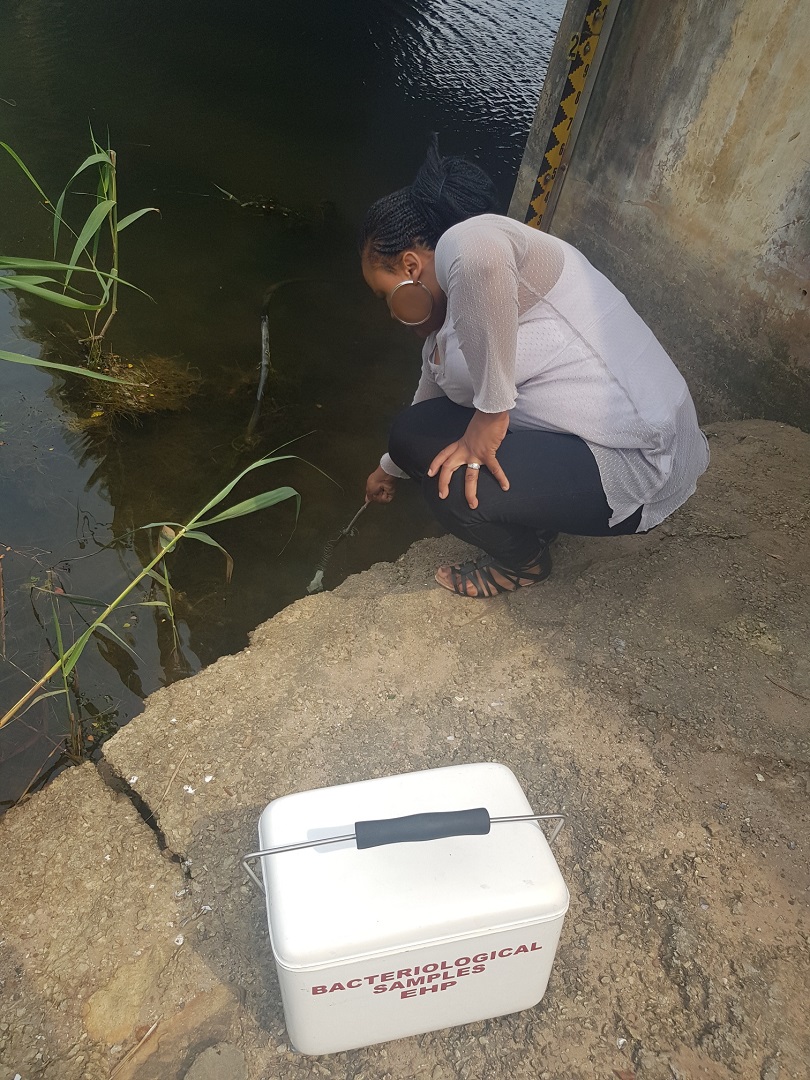 Environmental Health Practitioners (EHPs) fulfil their responsibilities by working in accordance to the Constitution of the Republic of South Africa and the National Health Act.

In the execution of the abovementioned and in ensuring that communities have the opportunity to live in an environment that is not harmful to their health and/or environment, the EHPs of the Garden Route District Municipality constantly perform Moore pad sampling in a quest to prevent the outbreak of the Cholera disease.  Through this ongoing monitoring and assessments, these officials play a major role in the prevention of disease outbreak or sudden environmental health threats.

Cholera is an endemic disease, and the Vibrio Cholera bacteria is often found in the aquatic environment, where it can remain dormant for long periods of time as part of the normal flora of brackish water and river estuaries.  It flares up under favourable conditions associated with algae blooms (plankton), which is influenced by the temperature of the water.  Infected humans, who are temporary carriers, are one of the main reservoirs of the pathogenic form of Vibrio cholerae. Cholera is spread, as most other viral and bacterial diarrhoeal diseases, by contaminated water and food, i.e. the faecal-oral route.  The ever-present role of flies and other vectors in the faecal-oral route must be kept in mind. Cholera is rarely transmitted by direct person-to-person contact.

Critical factors which influence the spreading of cholera

There are three main factors that are critical in their influence on the epidemic spreading of cholera, namely:

The process of “Moore pad” sampling

Place sterile surgical gauze swab tied with a length of 1 meter string into the flowing river or sewage so that the pad hangs below the surface of the water. This pad should remain in place for 72 hours, after which it should be pulled out, into a pre-prepared sterile bottle containing double strength alkaline peptone water.  The labeled specimens must be sent to the laboratory at room temperature for analysis.

pling rate is higher during season periods where water from the rivers and the lagoon are running into the ocean.  Vibrio cholera bacteria is often found in the aquatic environment where it can remain dormant for long periods as part of the normal flora of salt water.

Role of the EHP

The role of the EHP in ongoing monitoring and assessment plays a major role in the prevention of disease outbreak or sudden environmental health threats.