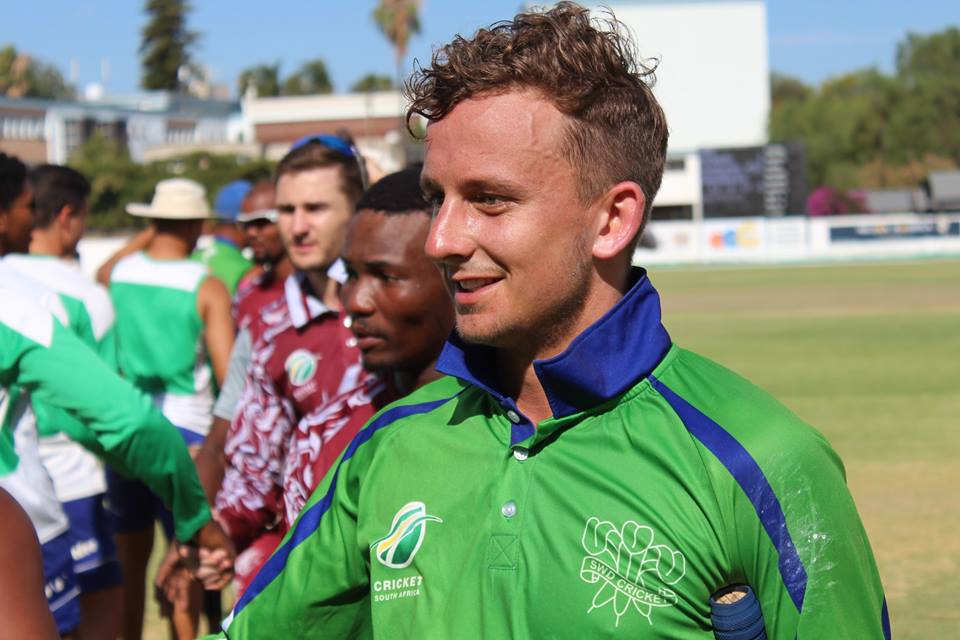 SWD capped a remarkable weekend when they beat Western Province by 6 wickets in the CSA Provincial One-Day Challenge in Oudtshoorn on Sunday.

Western Province won the toss and elected to bat.  A century by Matthew Kleinveldt (134) and a half-century by Andre Malan (58) enabled the visitors to post a competitive 263/5 in their 50 overs.

Neil Hornbuckle (2/42) was the pick of the bowlers, while Bradley de Villiers, Hershell America, and Stephan Tait bagged one apiece.

Hornbuckle again lead the run chase, compiling a match-winning 123 off 155 balls.  Letlotlo Sesele (37) and Jean du Plessis (20) offered valuable support until Obus Pienaar (55) joined Hornbuckle and the two took the home side to within sight of victory.  Yamlela Oliphant did not trouble the scorers.  Brendon Louw watched on as Marco de Kock blasted 16 off 8 balls to get SWD over the line with two balls to spare.

In doing so, SWD picked up 4 bonus points.

Caption: Neil Hornbuckle starred with both bat and ball, and was awarded the man-of-the-match