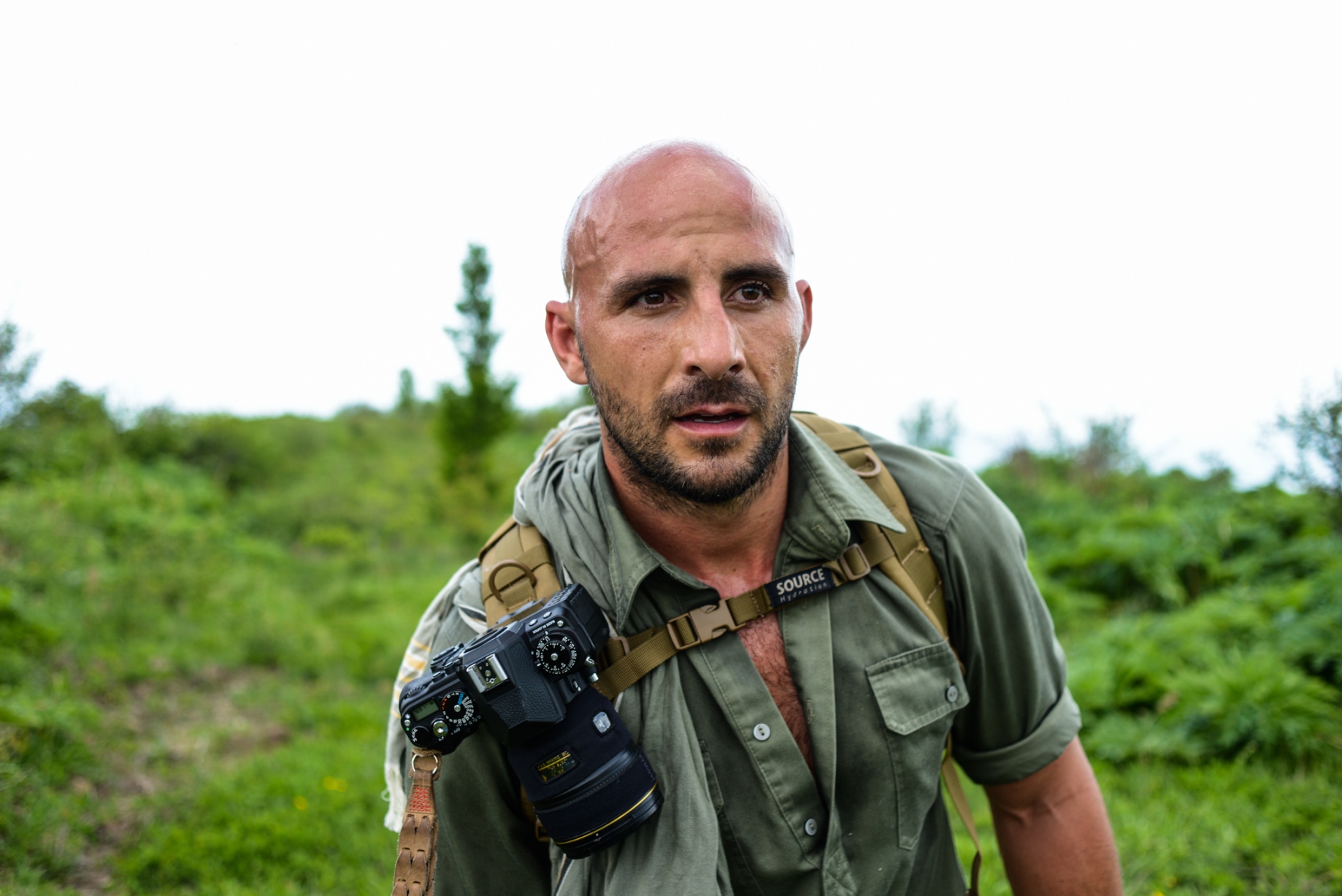 Johannesburg, November 2018: Photographer Adrian Steirn has been selected as the recipient of the Conservation Award from Les Jeunes du Monde Unis Awards, a global accolade recognising outstanding contributions in the fields of humanitarianism and ecology.

The awards were hosted last night, 12 November at the Casino de Madrid, with other recipients including the likes of Jack Ma, founder of the Alibaba Group, who has been honoured with the Economic Award, and Algerian president Abdelaziz Bouteflika, winner of the Peace Award for National and International Reconciliation. The Global Values Award will be bestowed on Padre Angel Garcia Rodriguez, while the Literature Award goes to Joanna Jarecka-Gomez.

The various nationalities of recipients point to the global reach and scope of the awards; but also to the fact that Les Jeunes du Monde Unis has as its central goal the creation of a more unified world. Thus, recipients are carefully selected according to their achievements that have helped to create a more cohesive, inclusive global landscape, whether that means bettering life for citizens through community work, taking a stand against corruption or improving quality of life through a new innovation. This year’s theme, “Values Awards”, points to the organisation’s emphasis on social, economic, political and ecological progression and justice.

Steirn’s selection as winner of the conservation category recognises his efforts to use the visual arts to effect social change. Les Jeunes Du Monde Unis Awards have commended him for work that “shows how positive journalism can fundamentally change communities”. In particular, the organisation has highlighted Steirn’s efforts to direct the world’s attention to the scourge of poaching in Southern Africa, along with his revelations regarding the role played by the Mugabe family in supporting the illegal ivory trade. “His tireless work in this field reflects a compulsion to fight corruption and bureaucratic malfeasance,” according to the rationale behind his nomination.

Steirn’s efforts in the field of conservation have consistently focused on the relationship between human beings and wildlife. His drive to understand and document this dynamic has taken him to some of the world’s most remote locations in search of its most fascinating creatures. He is the creator of The World’s Most Wanted Leopard, a documentary that charts his journey to Azerbaijan and quest to capture photographic evidence of the critically endangered Caucasian leopard. His photo essay, A Complicated War, shares Steirn’s personal reflections on the damage the rhino poaching crisis was having on the communities affected by poaching. The piece won the Professional Social Cause category at the 2015 International Photographic Awards. A subsequent photo essay, The Pangolin Men, aims to draw attention to the plight of pangolins, an often-overlooked species despite being the world’s most trafficked mammal. The series, which includes a short film, was a finalist for the Natural History Museum’s Wildlife Photographer of the Year award in 2017.

This is, however, but one aspect of Steirn’s work. He is also the driving force behind Ginkgo Agency, a strategic content format agency which is distinguished by its focus on providing content with purpose for clients such as The Global Fund and the WWF. In 2015, he launched the 21 Icons project; a series of photographs and interviews showcasing the personalities behind 21 of South Africa’s most impactful changemakers. The success of the series saw it extended to three seasons. Most recently, Steirn has concentrated on capturing the remarkable spirit of ordinary South Africans in Beautiful News; a platform dedicated to sharing stories that highlight precisely what makes this country such a very special place.

Steirn embodies the values and beliefs of Les Jeunes Du Monde Unis Awards; drawing on his skills as first a commercial, then portrait and wildlife photographer, as well as his work in journalism and multi-media reportage, he has played a role in nation building and instilled a spirit of national pride.

“It is an amazing honour to be recognised with an award of this stature. It shows me the importance and value of the work done to date, and inspires me to continue uncovering the stories that will help us heal the world,” Steirn concludes.