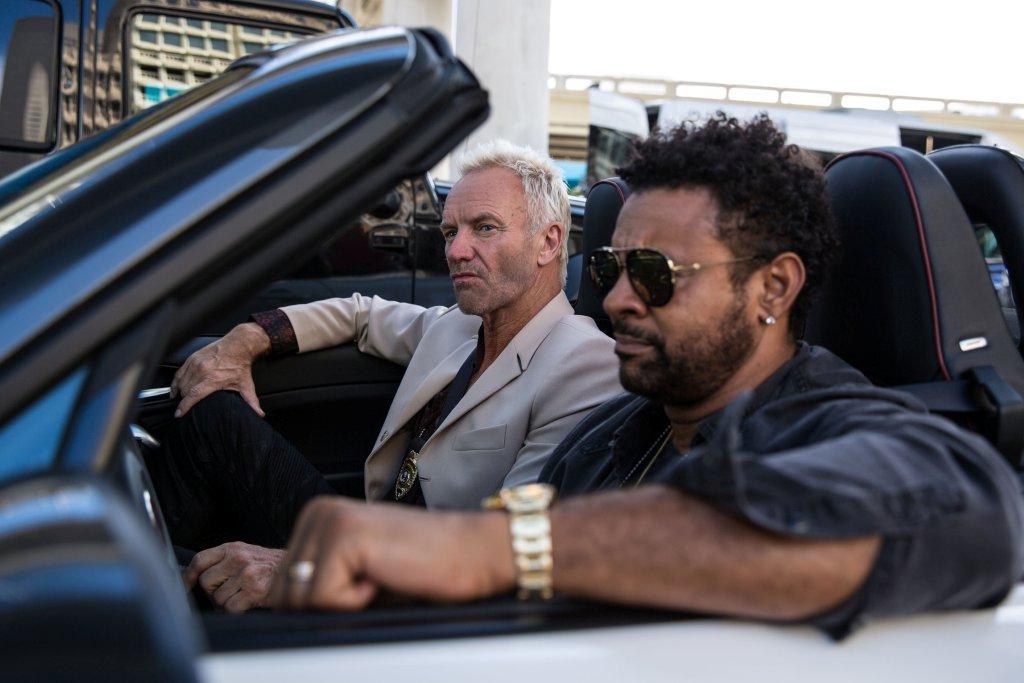 Brian Joss – The Abarth 124 Spider takes a starring role alongside Sting & Shaggy in the official music video for their new track, “Gotta Get Back My Baby” – the latest single, co-produced by Teflon (Wyclef Jean, Fat Joe, Ruff Ryders) and Martin Kierszenbaum (Sting, Mylène Farmer, Lady Gaga), off their album, 44/876, which has spent 17 weeks atop the Billboard Reggae chart.

The official YouTube music video, which amassed over 2.3 million views in just a few days, was filmed in the vein of ‘80s and ‘90s buddy cop television series and movies including “Miami Vice” and “Bad Boys,” and was directed by Michael Garcia. The video pairs Sting and Shaggy as two Miami detectives who convince their Captain that they’re “going to need the Spider” – meaning his prized Abarth 124 Spider– as part of their South Beach stake-out for “the most dangerous woman in the country.” What could go wrong?!

“We continue to strive for the unexpected in our marketing efforts across all FCA brands, and certainly here, the Abarth brand’s fun-spirited personality gives us the opportunity to be just a little bit more adventurous and playful in our approach with our music partners,” said Olivier Francois, Chief Marketing Officer and Head of the FIAT Brand, FCA.

“The Abarth 124 Spider is incredibly honored to play the role of side-kick to such legendary and audacious artists as Sting and Shaggy in their latest music video.”

Sting & Shaggy’s album 44/876(Cherrytree/A&M/Interscope Records) is available now for digital download through streaming and digital subscription services. The iconic duo initially joined forces to record a new song, “Don’t Make Me Wait” (which debuted at #1 on Billboard’s digital reggae singles chart), as a tribute to the Caribbean sounds that influenced them both and ended up creating an entire album full of joyful and uplifting, melodic music. With its title referencing their respective telephone country codes (44 for the UK, Sting’s birthplace and 876 for Jamaica, Shaggy’s homeland), 44/876 honors the duo’s deep-rooted love for Jamaica: Shaggy’s birthplace, and where Sting penned such classics as “Every Breath You Take.”

Sting & Shaggy have extended their collaboration to the road for a lauded world tour, combining their respective bands to perform their greatest hits as well as new songs off 44/876, together. More information on their critically acclaimed 44/876 World Tour can be found here.

Of hits, Sting remains one of the world’s most iconic musicians many decades into his career. His fame began in 1977 as lead vocalist & bassist of The Police, with whom Sting would go on to record some of the most notable pop tracks, including “Roxanne,” “Don’t Stand So Close to Me,” and “Every Breath You Take.” Following the tour behind the band’s Grammy-nominated 1983 album, Synchronicity, Sting embarked on his own successful solo career, which has evolved over the years with eclectic songs like “Fields of Gold” and “Desert Rose.” Today, boasting a flourishing career that has crossed over from radio to the silver screen to Broadway, this 16-time GRAMMY-winning artist continues to explore new territory. Sting’s support for human rights organizations such as the Rainforest Fund, Amnesty International, and Live Aid mirrors his art in its universal outreach.  Along with wife Trudie Styler, Sting founded the Rainforest Fund in 1989 to protect both the world’s rainforests and the indigenous people living there. www.sting.com

Multi Grammy award winning artist Shaggy is by all accounts the true definition of a renaissance man, beyond his continued success in reggae/dancehall music and its’ influence on pop music worldwide, Shaggy is a fierce businessman, and humble philanthropist. The Jamaican-born American reggae fusion singer is best known for his singles “Boobmastic”, “It Wasn’t Me” & “Angel”. Shaggy has released numerous albums including the Grammy winning, Platinum selling “Boombastic”(1995) & the Diamond selling “Hot Shot”(2000), as well as topping an impressive chart list that includes the Top 40 Rhythmic charts, Hot 100, Billboard 200, among others.  Shaggy’s illustrious career has seen the international superstar perform alongside some of the biggest names in all genres of music.

CAPTION: Sting & Shaggy: “Gotta Get Back My Baby”. Picture: Quickpic