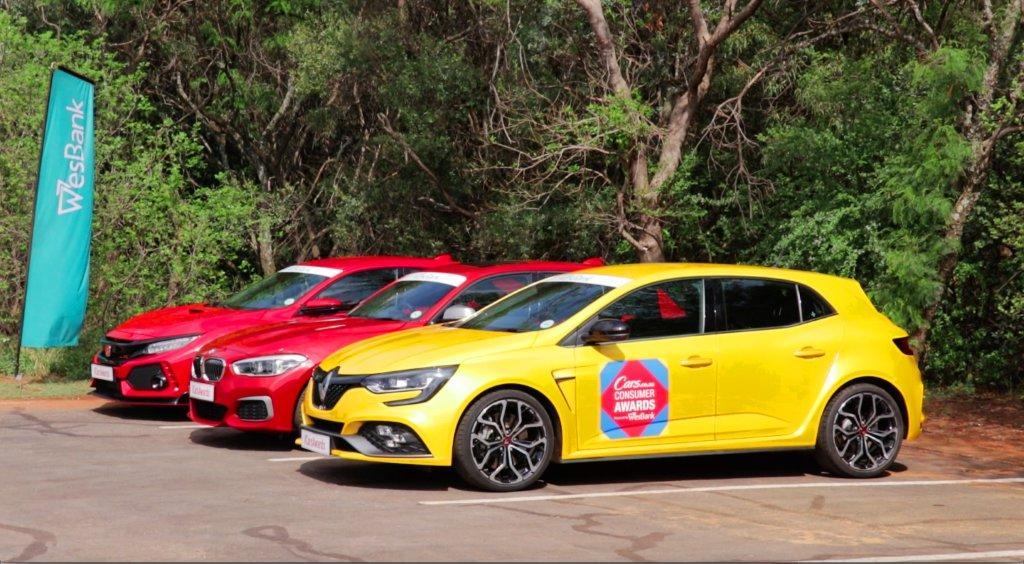 Brian Joss – A panel of expert judges has put a fleet of 39 vehicles under scrutiny as part of the testing phase for the fourth annual Cars.co.za Consumer Awards powered by WesBank.

Three finalists in each of the 13 categories were recently assessed on a wide variety of merits by a total of 20 judges over two days at the Gerotek test facility near Pretoria. The panel comprised Cars.co.za’s in-house team of expert motoring journalists together with a group of hand-picked guest judges, each with a specialist background or field of expertise.

Consumers have a  say in which vehicles are honoured by the #CarsAwards. Fifty percent of a vehicle’s score is based on detailed feedback on after-sales servicing and ownership. It’s not unusual that the expert judging panel’s favourite vehicle does not win due to the impact of the Ownership Satisfaction Survey which is based on thousands of respondents who complete the in-depth 50-question survey. As with all past competitions, results from the survey will completely determine the coveted 2018/19 Brand of the Year.

The Cars.co.za Consumer Awards also differs from other annual automotive award programmes in that all vehicles currently available in the South African market (provided they were introduced by 1 September 1  (2018) are eligible. Other awards recognise vehicles which were launched in the past year only.

Hannes Oosthuizen, Consumer Experience Manager at Cars.co.za, said: “We continue to hone the testing procedures and voting systems utilised by #CarsAwards as we strive to serve the consumer better. Ultimately, these  awards are not about handing out trophies, but to give car buyers considered advice. We believe our process of back-to-back testing and real-world consumer input is key to #CarsAwards achieving those goals.”

Guest judge Claire Mawisa, Carte Blanche investigative journalist, said: “I’m not a petrol head, I’m a single mom,” said. “I speak a different language to a motoring expert. I’m conscious of practicality. I often approach a car with trollies, prams and picnic baskets. If a rear seat folding mechanism is too complex it can be a turn off. I want everything to be clearly marked and easy to understand. Something as simple as a cupholder or USB port can make a difference in how I score a car.”

Nafisa Akabor, tech journalist and guest judge, added, “Pairing a smartphone to a car’s infotainment needs to be quick and seamless,” said. “Button layout must be easy to understand. I don’t want to look for the aircon switch for five minutes. It’s also crucial for a driver to keep their eyes on the road, so how intuitive a vehicle’s various systems are is important.”

While Khulekani Dumisa, motoring expert and Budget Car judge, said, “We need to take a step back and ask who the consumer is. The Budget Car category is a critical segment. For many this is a first purchase and affordability is key, not only in terms of price but also running costs. In the current economy consumers have become more discerning. People want to spend less but get more for their money.”

Ashley Oldfield, performance vehicle specialist and Cars.co.za content manager said: “The Performance Car and Hot Hatch categories are not just about which car can set the fastest lap time around the dynamic handling track. Speed plays a role for sure, but it’s more about the driving experience and emotional connection between driver and machine. Things like confidence-inspiring handling and a spine-tingling exhaust note play a larger part in the judging process for these categories.”

Ghana Msibi, WesBank’s Executive Head of Sales and Marketing, said ,”We’re in an era where the new vehicle market is evolving and consumers have varying requirements. These awards truly resonate with the consumer.

Offering the public an opportunity to have a say in judging aligns with WesBank’s consumer-centric focus.”

WesBank announced it would renew its partnership with the Cars.co.za Consumer Awards. This will be the third consecutive year that WesBank is sponsoring this prestigious awards programme, which has grown year on year in stature, reach and influence.

Follow Cars.co.za and its social media channels with the #CarsAwards hashtag. To take part in the Cars.co.za Ownership Satisfaction Survey or visit www.carsawards.co.za to get more information about the programme.

CAPTION: Under scrutiny: three of the 39 finalists in the Cars.co.za Consumer Awards. Picture: Motorpress