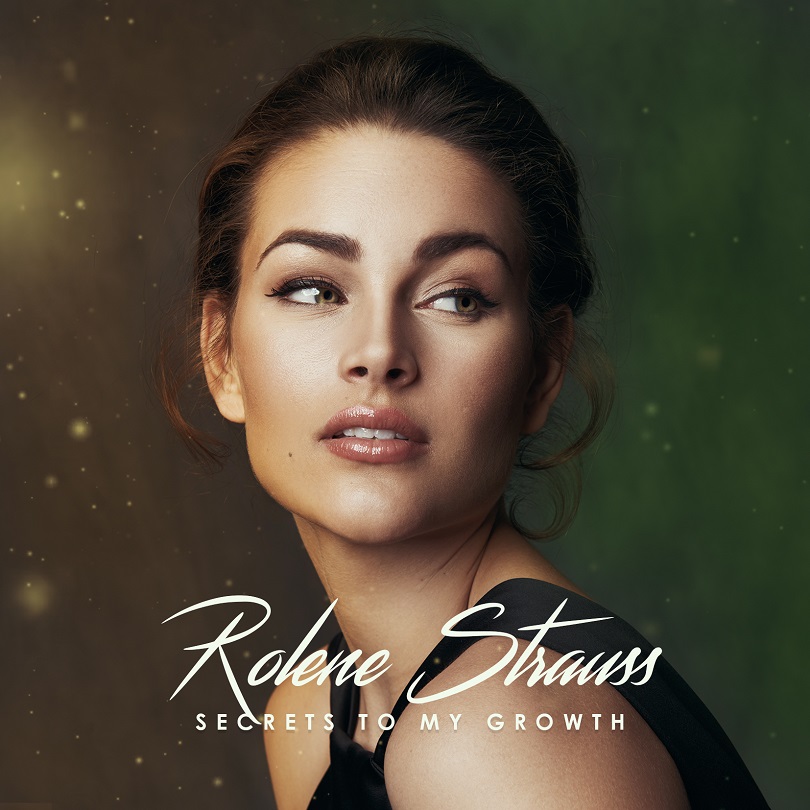 It is impossible to get through life without experiencing setbacks; inevitably, dreams are derailed, projects fail, and we humiliate ourselves. But it is what happens after we stumble – our resilience and determination to pick ourselves up and try again – that determines our ultimate success.

This is the message behind SECRETS TO MY GROWTH, a spoken word album by former Miss South Africa and Miss World, Rolene Strauss which will be released on 7 December 2018.

While it may seem like a strange undertaking for someone who seems to embody success – in addition to being crowned Miss South Africa and Miss World in 2014, Rolene graduated in 2017 as a medical doctor from the University of the Free State with an MBChB degree – she disagrees.

“I participated in Miss South Africa as a 19-year-old in 2011 and was vastly unprepared. I also couldn’t speak English very well. I made such a fool of myself when I didn’t understand the question put to me on the final night… But I picked myself up and in less than three years returned to be crowned Miss South Africa and Miss World. This album is about the lessons I learned while growing as a person during that time.”

Spoken word as a genre is defined as poetry intended for performance and while popular overseas, SECRETS TO MY GROWTH is one of the first attempts at locally producing an album in this genre. As such, putting the album together has not been without incident. “We had no-one to learn from or go to for advice. So, in the process, we bumped our heads several times and had to overcome a number of challenges,” admits Rolene.

She explains that while the genre is perhaps a little unusual for South African audiences, the lessons shared on the album are universal. “SECRETS TO MY GROWTH is a compilation of life lessons and stories that I would like to share with people; these are the things I wish I had known when I was younger. The album enabled me to bare my soul in way I have never done before, and to share parts of myself that people have never seen.”

The messages on SECRETS TO MY GROWTH are complemented by beautifully shot videos produced by Inhoud Huis Musiek and will be released soon. Rolene is quick to point out, however, that the images are there to support the words and, while each video is perfectly suited to its accompanying track, it does not portray stories in their entirety.

“While the videos offer some imaginative interpretations for the messages I’m trying to convey, they are there to plant a seed, not tell a particular story, and are therefore minimalistic. I want people to interpret each message as it applies to them in that moment, at that particular stage of their lives.”

This project, however, is not all the former beauty queen, who was raised in a small town called Volksrust, has been working on. Earlier this year she launched a Holistic Health Center, RevitaHealth, at Val de Vie Estate in the Paarl with her sister-in-law, Dr Ledivia Strauss. Although she is not clinically involved, Rolene puts on her business cap when it comes to her role at this newly-founded establishment.

Rolene is also chairperson of The Strauss Foundation, a non-profit entity with the aim of being a positive contributor in society through the promotion of health, education and charity, which she and her husband D’Niel and their respective families launched in 2016.

While Rolene admits that she has been abundantly blessed in life, she considers her greatest blessing her family, and her greatest moment the day she became a mother. “We were blessed with a miracle addition to our family in January 2017 and couldn’t be happier. The lessons I am sharing with people in SECRETS TO MY GROWTH, are also the lessons I hope to teach my children when the time is right.”

Driven to live a purpose-filled life, Rolene hopes to one day be remembered as a woman who did everything she attempted to the best of her ability. Looking at her list of accomplishments – and the determination needed to get there – she will certainly be remembered for not only that, but so much more.

SECRETS TO MY GROWTH is now available for pre-order here:  https://inhoudhuis.lnk.to/RoleneStrauss

The album will be available for purchase via digital platforms and in all good music stores from 7 December 2018.