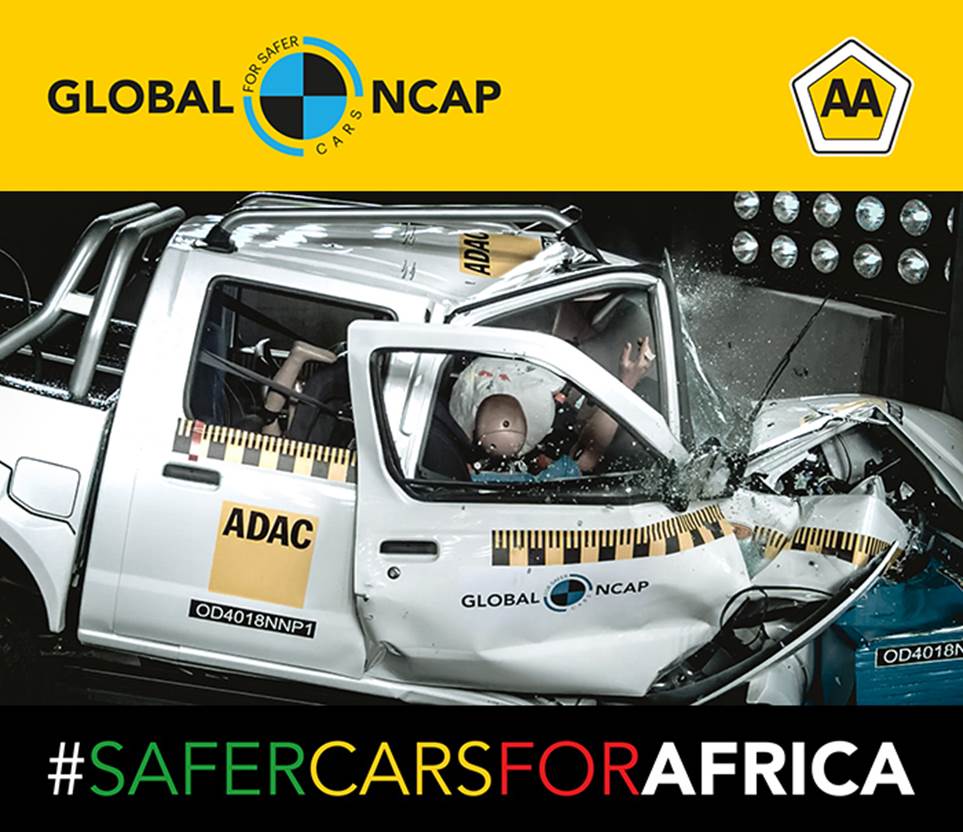 The vehicle structure collapsed and was found to be unstable during the test. The high forces placed on the crash test driver dummy pose a significant risk of fatal injury. The NP300’s bodyshell was so unstable that the airbags were ineffective.

David Ward, Global NCAP Secretary General said: “The zero star result of the NP300 is particularly troubling as the car is fitted with dual airbags and this might encourage consumers to believe that the car has a good level of safety.

Indeed, Nissan misleadingly claims that the car occupants are protected by a so-called ‘Safety Shield’ and its ‘Hardbody’ label also conveys an image of strength. However, in our crash test, the car’s bodyshell collapsed and neither the steering column nor the airbags acted as they should to minimise risk of injury.

“In our view remedial action to strengthen the NP300’s bodyshell is now urgently needed. This is a concern not just in South Africa but elsewhere as Nissan has plans to increase exports of this vehicle across Africa.

“We believe action should be taken now to prevent the sale of zero star cars like the Nissan NP300 anywhere in Africa.”

Collins Khumalo, CEO of the AA of South Africa said, “These results are outrageous and show unsafe vehicles are being sold to the people of Africa, which no manufacturer would consider selling in other markets. Aiming to meet or exceed minimum standards is not the same as making vehicles with acceptable safety standards, and manufacturers know this. These standards must change, and we need urgent intervention from policy makers to make this happen.”

The NP300 ‘Hardbody’ achieved an alarming zero star rating for its poor adult occupant protection mainly in the driver head and chest areas in the frontal crash test at 64km/h. The vehicle structure collapsed during the crash test and it was rated as unstable. The steering wheel column did not collapse penetrating the passenger compartment, creating an additional risk for the driver as it moved straight into the dummy chest.

This performance showed a significant risk of injuries for the driver despite the car being equipped with double frontal airbags.

The NP300 ‘Hardbody’ achieved two stars for child occupant protection, the low result is mainly explained by the decision of the car manufacturer to install one of the child seats without following child seat manufacturer clear instructions.

The Nissan NP300 crash test video can be viewed here: https://aa-sa.co/NissanNP300CrashTest (video) Launched in 2011, Global NCAP serves as a platform for cooperation among NCAPs worldwide and to provide financial, technical and advocacy support to new programmes in emerging markets.

Global NCAP is a UK registered charity and its largest sources of funding come from the FIA Foundation and the Bloomberg Philanthropies. It works closely with the Towards Zero Foundation and leads the Stop the Crash Partnership.

Global NCAP has consultative status with the UN (ECOSOC), is a member of the UN Road safety Collaboration and an observer at the UN World Forum for Harmonisation of Vehicle Standards.