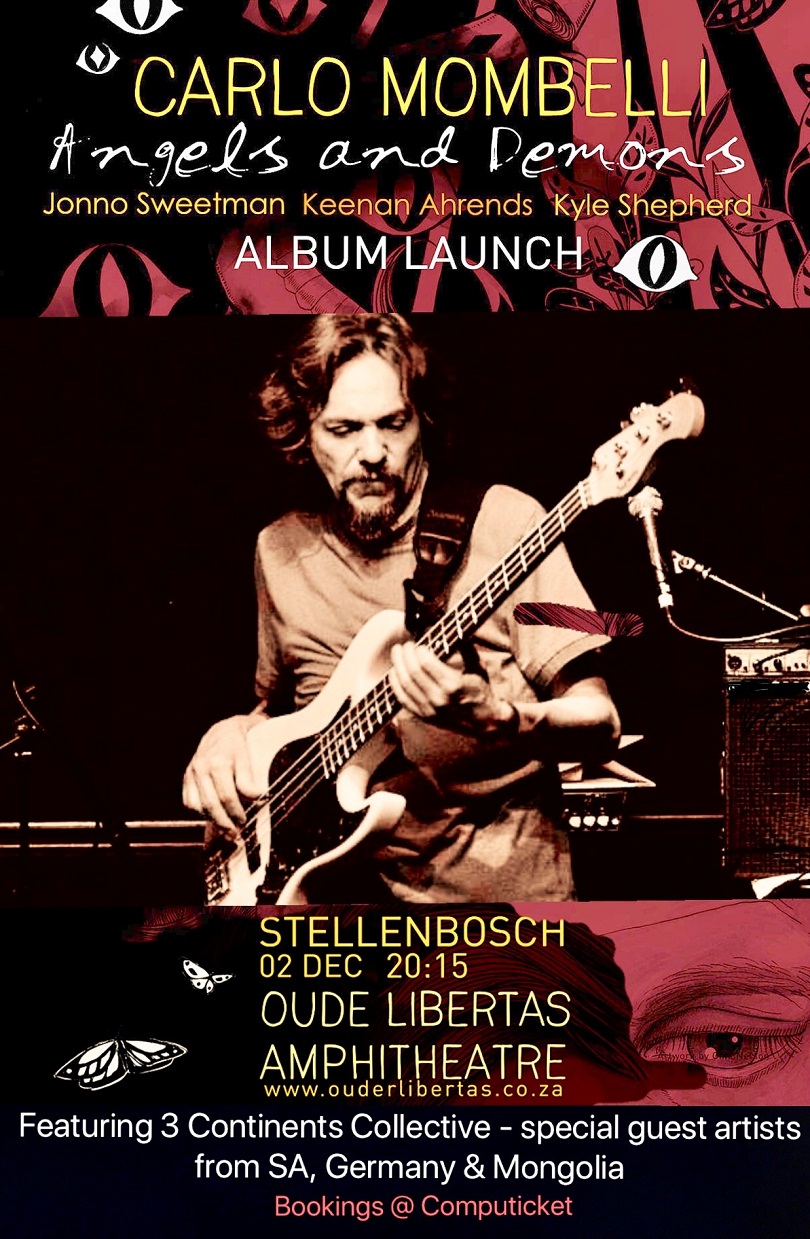 Carlo Mombelli is a composer and bass player nothing short of a national treasure – the depth, passion and inventiveness of his music has made him a modern music enigma.

This special show is part of Carlo Mombelli’s Cd Launch tour to introduce his new album ‘Angels & Demons.’ He says of the inspiration behind the new music: “There are inspirations from a trip I made to Norcia in Italy in April. The earthquake three years ago destroyed this ancient town and I came home and composed a piece called the ‘Ghost of Norcia’. I also lost contact with my Father and this year I decided to go and find him. I had not seen him for 36 years and I found him in Athens. I composed two pieces for him called ‘In the end we all belong’ and ‘Athens’. There is a piece called ‘The Children of Aleppo’ which is dedicated to the children everywhere that have suffered and lost their lives through the hunger for power and greed of those that were meant to protect them.”

Carlo will be performing music from his latest album with his stellar local band, consisting of Kyle Shepard (piano), Jonno Sweetman (drums) and Keenan Ahrends (guitar). They will be joined on stage by three special international guests: the world class German trumpeter, Professor Claus Reichstaller (Head of Jazz) and double bassist, Martin Zenker (Professor in Bass), both from the Munich University of Music and Performing Arts and the exceptional Mongolian jazz vocalist, Enji Erkhembayar. Erkhembayar is also skilled in the highly specialised Mongolian art of throat singing or “longsong”.

The concert will also be the celebratory closure of a workshop series hosted by the Cape Town Music Academy (CTMA) in collaboration with the South African College of Music (SACM) at UCT where Mombelli, Reichstaller, Zenker and Erkhembayar will be presenting a four-day series of free classes to students and musicians in various aspects of jazz improvisation and performance.

These workshops and master classes will happen at the South African College of Music at UCT and is open to anyone interested and is free of charge. Jazz and Classical students of all levels are welcome as well as professional musicians. Special arrangements will be made for high schools to assure times will suit interested pupils. Limited availability, participants must pre-book. For more info and to book your place for the workshop please contact Vicky Davis, Programme Manager @ CTMA: vickydav@gmail.com

A night of extraordinary music where top talents from South Africa, Germany and Mongolia meet.