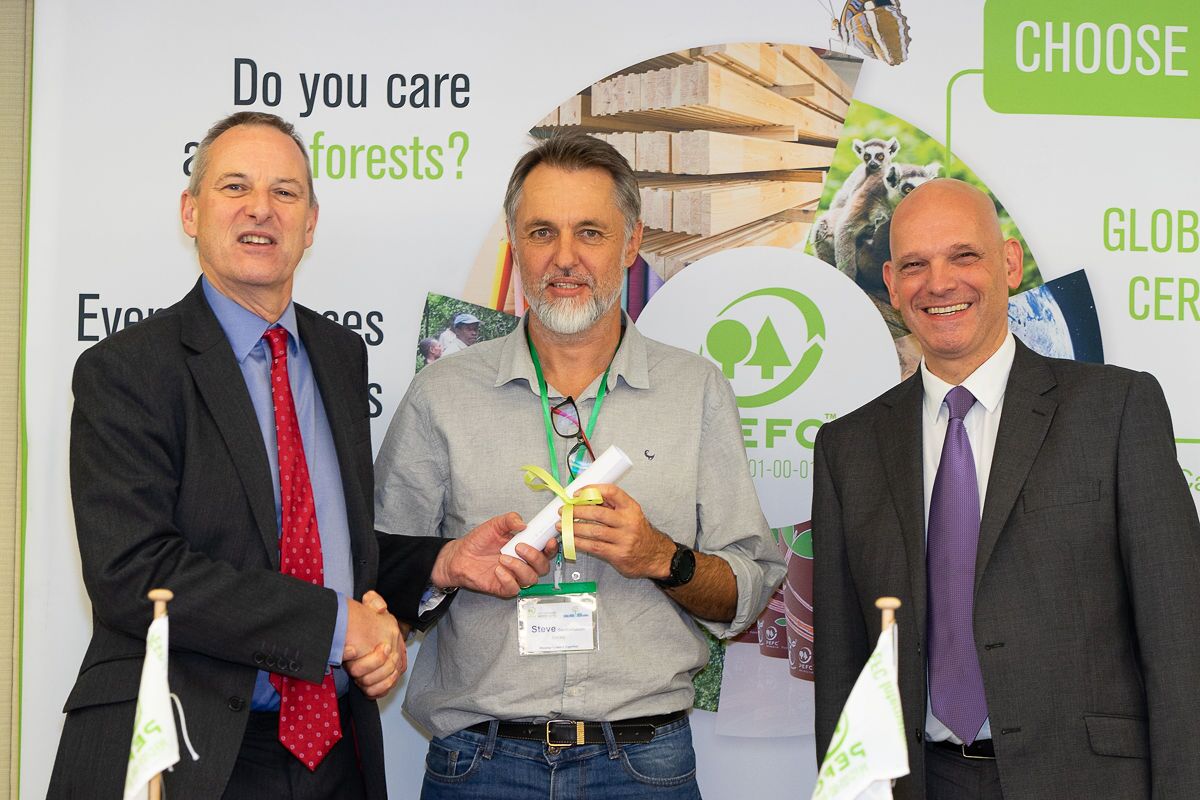 Johannesburg (22 November 2018) – On 14 November, at its general assembly in Geneva, the Programme for Endorsement of Forest Certification (PEFC) announced its endorsement of the South African Forestry Accreditation Scheme (SAFAS), a local initiative that seeks to make forest certification more accessible to small-scale timber growers.

As the demand for sustainably produced and certified forest products increases, both abroad and locally, certification is becoming a trade barrier to small-scale forestry units and emerging timber growers. “It is these farmers that most need support, access to markets and development to ensure a vibrant sustainable forest industry that promotes social development in poor rural areas,” notes Craig Norris, SAFAS national governing body member and forest technology manager for NCT Forestry.

In South Africa, about 80% of the plantation area has been certified to the generic international Forest Stewardship Council (FSC) standards. “While these standards are internationally recognised and generic, they are also expensive and not well suited to small-scale timber growers, which means that only large organisations tend to certify their plantations,” explains Norris.

According to Michael Peter, executive director of Forestry South Africa, the sector comprises around 20,000 small-scale growers as well as 1,300 medium sized commercial growers and 11 large corporate growers. “As the SAFAS standard is homegrown, directly relevant to a range of South African conditions and more flexible with respect to group schemes, we hope that this move will facilitate the full involvement of small-scale growers and improve the sustainability of the forestry industry.”

Peter says it also gives South Africa an alternative certification scheme in which there is far more ownership and control. “This spreads the risk of having access to only one certification programme.”

How it all began

Over four years ago, a small working group from the South African forestry industry got together with the vision of developing a forestry standard and certification scheme that would be directly applicable and appropriate to commercial plantation forestry in South Africa. Using the Government’s Principles, Criteria, Indicators and Standards (PCI&S) for sustainable forest management as a starting point, and through much consultation, negotiation and testing, SAFAS was born. The process was in accordance with the requirements of the PEFC with the intention of obtaining this international endorsement and recognition.

“All that remains to be done before the system can be fully implemented is to get an accreditation body to approve certification bodies that can carry out audits against the standard,” says Norris. Various options are being pursued by the SAFAS national governing body.

Speaking at the general assembly, Ben Gunneberg, PEFC International CEO and secretary general, said, “Sustainable forest management goes beyond safeguarding forest as an ecosystem. It is also about securing sustainable livelihoods for the hundreds of millions of people living, working and depending on forests. It is also about rural communities, about indigenous people, about small-scale, family run enterprises, providing countless jobs far away from cities. It is about all of us truly valuing the numerous benefits forests provide us with.”