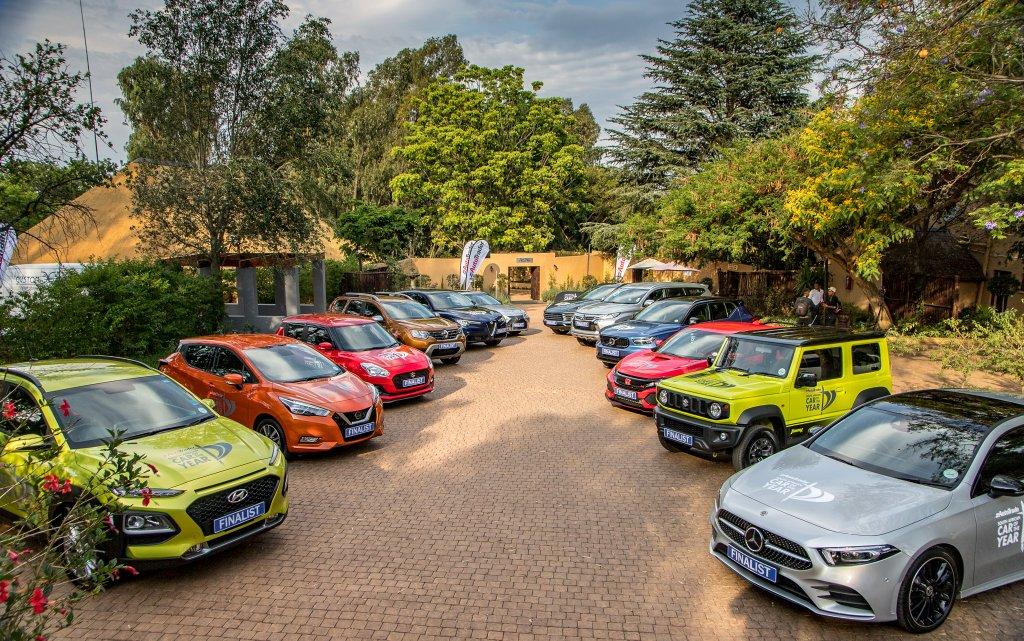 Brian Joss – Twelve exceptional vehicles will battle it out for the ultimate automotive accolade: the 2019 AutoTrader South African Car of the Year.

The list comprises vehicles from Italy, Japan, Korea, Germany, France and Sweden and, in keeping with the diverse South African automotive landscape, it covers almost every motoring genre.

The South African Guild of Motoring Journalists believes that each and every finalist is a contender worthy of wearing the 2019 AutoTrader SA Car of the Year crown. The three hatchbacks are all outstanding cars. Nissan Micra is a real looker; the Swift is another superb product from the Suzuki stable, while the A-Class is both solid and elegant. Honda Civic Type R, on the other hand, is a wonderful car to drive and the Lexus ES is a luxurious and well-equipped premium sedan. Suzuki Jimny has been very well received and is an enormously capable 4×4 that looks good too, though the Duster is a real value for money offering. Stelvio, Alfa’s first SUV, is a stunner while the Kona has a bold and bespoke design, which is also sure to turn heads.

Mitsubishi Pajero Sport is very capable off-road, whereas the Porsche Cayenne is at the top end of the SUV game and the Volvo XC40 has already garnered countless awards, which is a testament to its credentials.

The judges will have their work cut out for them when it comes to evaluating the finalists because they represent the crème de la crème of the crop, but we believe we have a jury that has vast experience in judging our competition.  Stuart Johnston and Colin Windell are current jurors who were part of the Jury at the very first historic Car Of The Year Competition 33 years ago. The record for the juror serving for the most consecutive years is Bobby Cheetham with an impressive 29-years, although he is not a juror this year.

As anticipated, voting revealed such close scores the SAGMJ increased the Finalists from 10 vehicles to 12 worthy contenders. They are, in alphabetical order: Alfa Romeo Stelvio; Honda Civic Type R; Hyundai Kona; Lexus ES; Mercedes-Benz A-Class; Mitsubishi Pajero Sport; Nissan Micra; Porsche Cayenne; Renault Duster; Suzuki Jimny; Suzuki Swift and Volvo XC40 The 25 Jurors will be given the opportunity to drive all the finalist vehicles over the next 3 months under normal driving conditions experienced by the average consumer. The formal AutoTrader Car Of The Year evaluation days that will be held in Gauteng in March 2019 will allow judges the opportunity to reacquaint themselves with the vehicles. At these evaluation days – the most critical of which will be the scheduled procedures to be held at Kyalami – the COTY Jury will assess the cars independently, with routes and modules designed to test the vehicles on specific criteria. The Jury will also have access to performance test data, comparative pricing and specification data, as well as comparative parts pricing data.

All finalist vehicles represent examples of outstanding automotive engineering, and after careful deliberation by the 2019 Jury, Category Winners will be awarded to Premium Sedan (executive and premium sedan), Leisure SUV’s (SUV’s / crossovers), Lifestyle Utility (bakkies / derived SUVs e.g. Toyota Fortuner), Urban Compact (small hatch and small sedan) and Mid-Size (MPV, medium sedan and hatch) Winners. All of the Top 12 are eligible to be crowned the 2019 AutoTrader South African Car Of The Year regardless of Category Wins. Judging by the tight scores on the Finalists there is little doubt that the scoring to find a winner will be a very close race. An invitation to the Banquet where the results will be revealed in April 2019 will be a very sought-after ticket indeed!

The Guild was born in East London on 29 December 1962 and 24 years later the SAGMJ Car Of The Year competition was born. Since then the Guild grew from a tiny band of rebels to a large professional organisation with 300 members, where our philosophy is about excellence, professionalism and skills transfer.

CAPTION: The contenders: judges will have a hard task. Picture: Motorpress