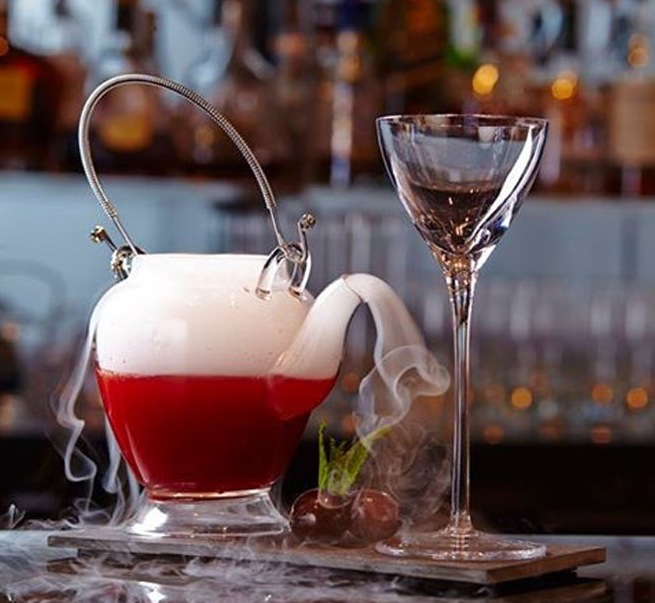 The House of Angostura has been producing bitters for nearly 200 years and throughout history has been at the forefront of global cocktail movements and trends.

To this end, Angostura spoke to three local South African industry experts about what to expect in the coming year. Five top trends emerged as favourites.

Overly complicated, sugar-forward cocktails have lost momentum and we will continue to see a resurgence of the classics – with modern twists. Infusions, fermentation, bitter and savoury flavours are becoming more and more popular.

Denzel Heath of Mootee Bar explains that “recent years have shown an ever-increasing trend of homemade ingredients such as liqueurs and infusions”, and to this Angostura SA brand ambassador and Copper Monkey owner, George Hunter adds that “as far as drinks go, where bitters used to be a standard, it’s now becoming a more sought-after ingredient.”

An iconic brand, easily recognised by its yellow cap and oversized label, Angostura aromatic bitters can be found behind every bar worth their salt the world over. It is an essential ingredient for classic and contemporary cocktails, crafted from a 194-year-old secret recipe using all-natural ingredients.

Gin saw a lot of hype in 2018 and is still a massive trend as far as popularity is concerned.

“Gin used to be seen as the older generations spirit, but the younger generations have caught on and they’ve created a massive demand for imported and locally crafted gin. However, the current generation has an alternative mindset and want radical differences to the usual gin classics”, says Hunter.

Heath adds, “The gin category is ever growing with new brands being launched every week. Hand-in-hand with every new gin brand comes a new suggested serve and a signature cocktail. The category shows no sign of serious immediate decline, so expect to see many more G&T menus and ‘gin-spired’ cocktail lists going into 2019”.

Parallel to the new wave of environmentally aware consumers the demand for conscious cocktails is growing. Most SA bars have started out small by reducing general and food waste, recycling, banning the use of plastic, using sustainable ingredients, and even reusing ingredients – sometimes adapting them into all new elements and drying out unused fruit to use as edible garnishes (a new trend in its own right).

Heath explains, “Sustainability in bars has become more of a focal point for leading bar operators – not only from an environmental perspective, but also to ensure increased profit margins.”

Whilst Hunter adds, “Sustainability also encompasses the welfare of staff – encouraging healthier lifestyles, healthier eating and exercise as the F&B industry is extremely demanding. With people more aware of their actions and the implications to the environment, this trend is set to grow at the turn of 2019.”

The world has seen a steep rise in demand for decent low-ABV (alcohol by volume) and alcohol-free serves, largely spearheaded by the younger generation. Although an older mocktail classic – the Rock Shandy – one of Angostura aromatic bitters signature serves is still the first choice in South African restaurants and country clubs.

Heath says, “Responsible drinking is a global phenomenon and ‘low to no ABV’ cocktails as a category is being cemented into the world’s best cocktail menus.”

Van Deventer also comments that “as we head into 2019 we expect low-ABV cocktails to become increasingly popular, as part of the movement towards healthier drinking and general wellbeing.”

Rum-based drinks are to become the order of the day.

Van Deventer says that “internationally, strong tiki drinks are back in fashion, which goes in the entirely opposite direction of the gin and low-ABV trend, but it would be great if this trickled down to South Africa. This may well happen, as rum is definitely on the rise locally. As consumers begin to understand that rum can be as good as whisky, they’ll start demanding quality rum cocktails, made with fresh fruits, homemade syrups and tinctures and of course, good bitters”, says van Deventer.

Hunter adds to this idea saying that he believes “we will see rum and tequila at the forefront of popular spirits in 2019 and 2020.”

The House of Angostura has been blending rums since 1876 and indeed built its own first distillery in Trinidad in 1947. One of the most awarded r brands in the world, the style and character of Angostura Rums are well respected the world over, most notably Angostura 1919.

On a side note, both Heath and van Deventer agree that aperitifs are set to make a comeback. Heath says, “Drinks like the Negroni, Americano and Aperol Spritz are deliberately designed to help induce your appetite and are becoming ever more popular, not only under millennials, but right across the consumer base.”

Taking in to account all of the above, 2019 is likely to be a revolutionary time within the cocktail industry in terms of experimentation, fresh new approaches to craft ingredients and spirits, as well as ‘green’ thinking. The upcoming storm of beverage trends is definitely something to watch over the next year.

For more information on the Angostura Bitters range and other delicious cocktail recipes, please visit www.angosturabitters.com.

For more information on the official House of Angostura Cocktail app with over eighty tried and tested cocktail recipes, featured drink trends and bartending tips visit http://angosturabitters.com/app/ – available for iPhone from the Apple App Store and for Android devices from the Google Play Store.