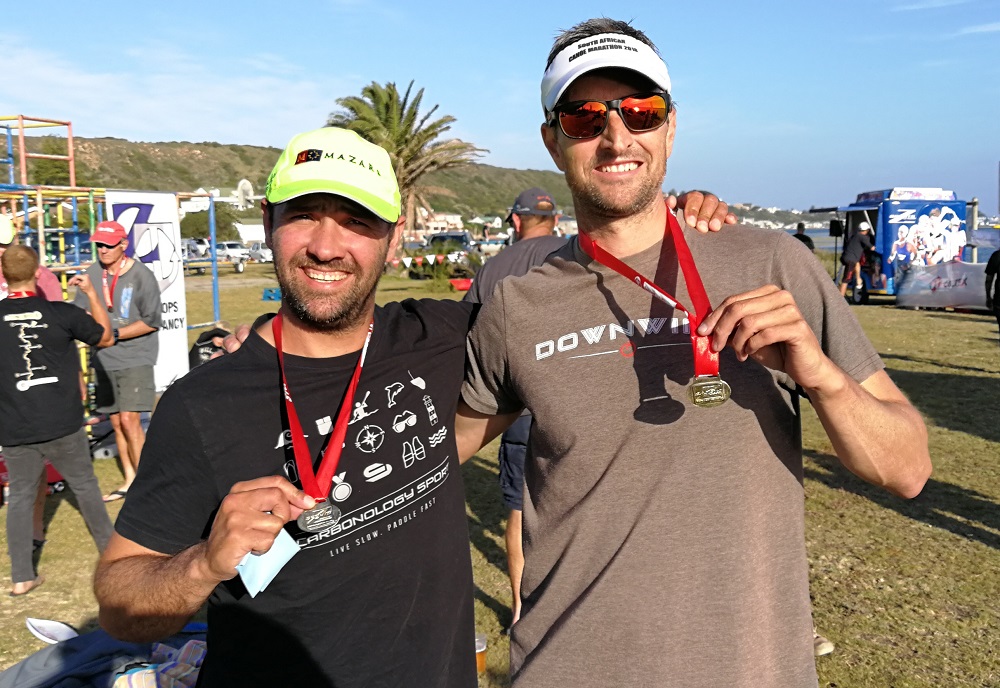 The second edition of the SPAR River Paddle Challenge proved a resounding success as a full field of competitors enjoyed the unique course on Port Elizabeth’s Swartkops River on Saturday.

Taking place at Dufour Park, paddlers of all ages and disciplines tested themselves in the river estuary, where the course was laid out through a series of canals.

Race director Mike Zoetmulder, of Zsports, said the event was “a great success”.

“By using the high tide we were able to create an interesting layout on the river which provided a lot of fun for everyone,” he said.

“For the first time there were also four surf boats which took part, with each consisting of a crew of five rowers and a sweep. They competed over a 1km course and a 3km distance.”

He said the day was not necessarily about the results but focused more on providing fun paddling challenges with a difference.

“This event is quite different to the normal rowing and canoeing races you have and that aspect attracts a lot of interest from those involved in the sport.

“Even though it’s more about enjoying the event, I must point out that Luke McNish was the dominant competitor during the day, taking the paddle board, mixed doubles and the single ski [long canal course] events.”

The event catered for paddlers from U12s to the 65-plus category and included singles, doubles, triples and stand-up paddling.

The objective behind the day was to raise funds for the Zwartkops Conservancy, an environmental organisation which works continually to maintain the eco-system of the river and its surrounds to ensure the survival of flora and fauna.

“It is such a magnificent river in the greater scheme of things that it needs to be looked after,” said Zoetmulder.

“Through the entries and raffles we had during the day we were able to raise a substantial amount for the Zwartkops Conservancy, which will assist them to continue the excellent work they do.”

SPAR EC sponsorships and events manager Alan Stapleton said they were delighted to be involved once again.

“This is a very happy event which serves to re-emphasize SPAR’s commitment to raise awareness of the dangers of plastic,” he said.

“It also provides a platform to show what the Zwartkops Conservancy is all about and what they do to keep the river and our environment clean.”

CAPTION: Hein van Rooyen (left) and Jason Goedhals were the winners of the K2 canal long course race in the SPAR River Paddle Challenge on the Swartkops River in Port Elizabeth on Saturday. Picture: Zsports Events