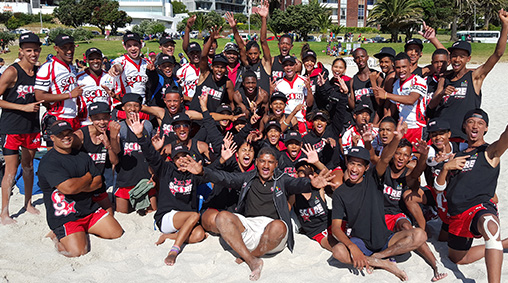 Score, one of South Africa’s most popular energy drinks, has been touching lives as the proud supporter of Living Legends Touch Rugby for the past five years. 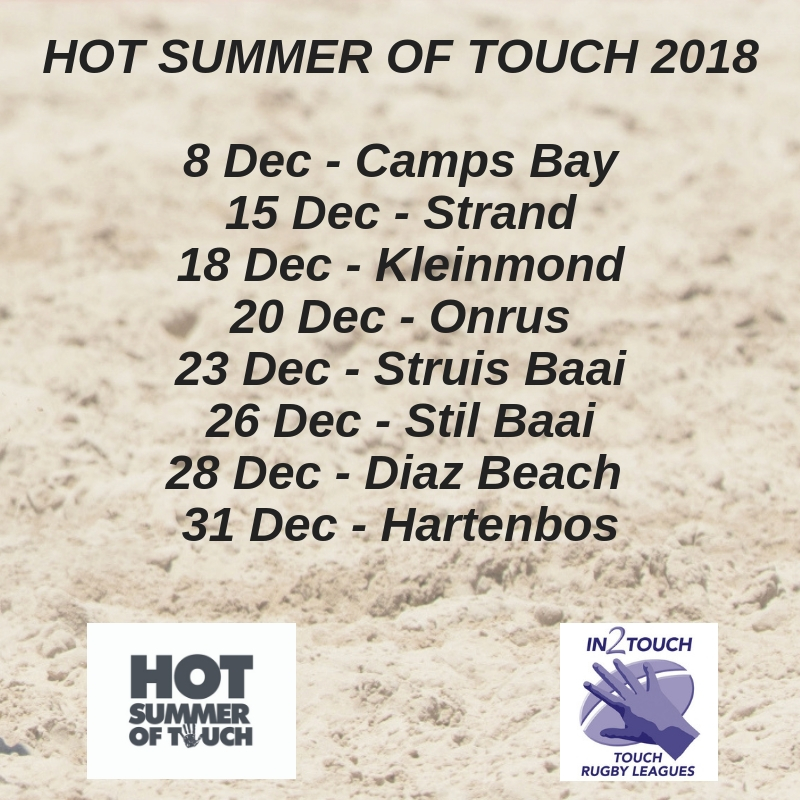 As the sponsor since 2013 of three Score Living Legends teams entered each year into the Hot Summer of Touch beach circuit, Score supports the objectives of this Stellenbosch based youth development organisation, to help empower communities to change lives through sport.

The 18th Hot Summer of Touch series held annually on popular beaches along the Western and Southern Cape Coast, kicks off in Camps Bay on 8 December and ends in Hartenbos on 31 December. The series comprises eight tournaments with over 400 teams competing.

The Score Living Legends Open, Ladies and Professional (Pro) teams are all regular participants. Walking away as 5-time victors of the series over the past 7 years, the Pro team has built a solid reputation that has opened doors for many of the players.

“Score is built on the fundamentals of paying it forward and it is great to play a part in Living Legends’ main focus of contributing towards the empowerment of South African communities through the unity of sport. We hope to inspire people to develop their potential and build better lives for themselves and those around them,” says Brand Manager Dean Teubes, reinforcing Score’s commitment to nurture and support young people to become leaders and make a difference in their own lives and their communities.

With the assistance of Caylix Sport, Living Legends has unlocked a passion for touch rugby in the Helderberg area. By establishing a touch rugby culture for players between the ages of 16 and 24, these youths have an alternative “family” to which they can belong and be inspired for the future. With Score’s support, the interest in touch rugby has grown to such an extent that its development has spread to all the areas where Living Legends has a foothold.

In an effort to reach youngsters further afield, the Score Living Legends Pro team will be hosting a rugby clinic during the Hot Summer of Touch in the Mossel Bay area at the end of December. The team enjoys an enthusiastic fan base and has become role models for children in their areas and the Touch Rugby community as a whole in the Western Cape.