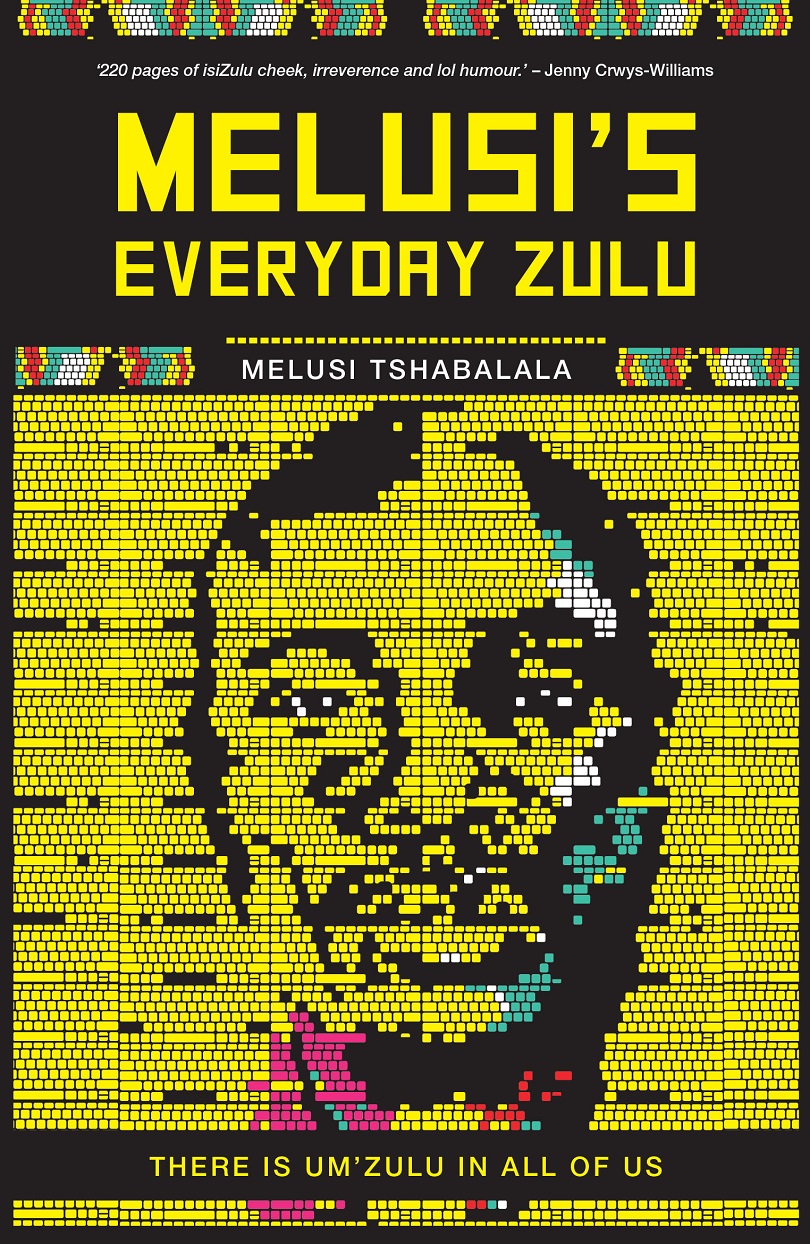 I will soon start using a few isiZulu words in my conversations with other people: they are ngibonga; phapha; popeye; nje and suza.

They come from Melusi Tshabala’s hilarious book, Melusi’s Everyday Zulu and it all started from a FaceBook post.

In the foreword, Tshalala explains why he wrote the book. Somebody else could have done it, he notes, but they didn’t. So he did. “I use my take on the world and my experience as a Zulu man who is navigating his way through twenty-first century Africa to bring words esiZulu to life in an entertaining and engaging way”.

And he has succeeded in spades.

It is entertaining with a serious message and if you think it is a dictionary, it is unlike one you have ever seen before. There are eight chapters covering all aspects of life: politics, reminiscences, current affairs, family, being a Grown-up, musings, everyday life (as a 21st century Zulu man) and everyday advice.

There is a word to suit every occasion and Tshabalala’s explanations will have you chuckling or laughing uproariously. For example, in the chapter Melusi’s Everyday Politics he discusses the word Dlisa which can have many different meanings, depending on its context and is derived  from dla which is to eat in isiZulu. Dla is also ‘spend’ as in the ‘Guptas ate our money’; Dlisa can also be generous: uZuma udlisa amaGupta”.  Another interesting word is isono to sin, or it can be pity. ‘What they’re doing to Patricia de Lille: isono, what she did to the PAC: isono, PAC: isono.

Inkomo is a cow. The plural of inkomo is izinkoma. Inkomo is also the word for people who are particularly bad at something, notes Tshabalala in the chapter Current Affairs: you can be inkomo at running a state-owned enterprise or inkomo at peeing into the toilet bowl: some men, or inkomo at driving; taxi drivers.

But, says Tshabalala, you can be inkomo at anything: sex, your job, school. However, you don’t have to remain one, work at whatever (you’re doing badly). Read up on it, practise and learn from those who are better at it than you. Iqiniso is truth. When iqinso came out that polony was the culprit in the listeriosis outbreak no-one was surprised. Even polony was like, ‘Yeah, it was me. I did it.’ One day’, writes Tshabalala, ‘we’ll look back and realise all our problems, as a nation, are polony-based.  All of them. And that’s the problem’.

Don’t expect Melusi’s Everyday Zulu to be politically correct. It is not and his wry sense of humour reflects the South African way of life, warts and all.

Here are a few comments from fans on Tshabalala’s Facebook page.  Karen Taljaard, ‘There is a Zulu in my head and I love it’. Anita de Bruyn: ‘Greatest thing that could have happened to bring all South Africans together so we can start to really understand each other and work together for a better future for everybody’.

Finally, it’s not surprising that former president Jacob Zuma had trouble with big numbers: Amashumi ayisishiyagalombili nesishiyagalolunye. It sounds like something interesting. It’s not, it’s 89.

And I say, ngibonga, Melusi Tshabalala. If you want to know what those other words phapha; popeye; nje and suza mean, then you will have to buy a copy of Melusi’s Everyday Zulu. You won’t be sorry. It will keep you entertained for hours and you will learn new words that you can try out on your colleagues.