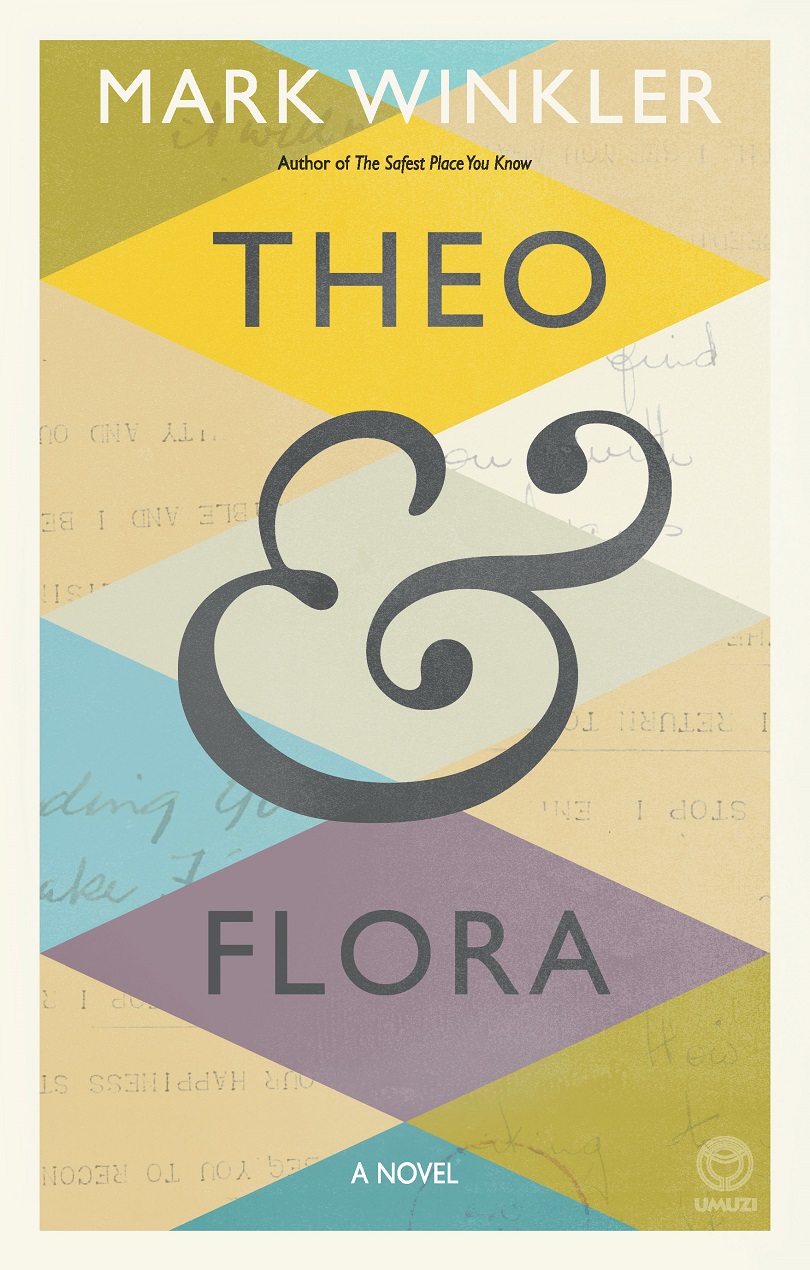 Who would have thought that a small cardboard box of 89 dusty and brittle letters gathering dust and written between 1944 to 1948 could have morphed into such a moving and entertaining love story. The letters were given to Winkler shortly after the publication of his first novel, The Safest Place You Know, by his father-in-law, Norman S, who said, “Perhaps you might do something with these”. And indeed, Winkler did do something extraordinary with the box of letters, three novels later, including Wasted and An Exceptionally Simple Theory (Of Everything You Know).

Theo Silver is a lawyer trapped, it seems in a loveless marriage with Sarah; they have a son, Norman, and Theo wants to make Flora Goldberg his wife. In those days the divorce laws were much more stringent than they are today, and it requires that both parties agree. Sarah is a harridan and she will never set Silver, an art connoisseur of note, free. Silver counts artists Gregoire Boonzaier, Jean Welz and Irma Stern among his friends.

Silver has opened his house in Belmont Avenue, Sea Point, to his extended family: his expectant sister Leah and her husband Hayman Gutowitz; his sister-in-law Rae and her angry husband Abie, who Theo suspects of dipping into his liquor stock which, because of the war, is in short supply, in another room in the rambling mansion lives Sally Rosenberg, whose husband, Solly, went mad, not so long ago and dragged a woman off the street and murdered her in an alleyway where he chopped her into pieces so small that she could not be properly reassembled; and of course, Norman who is getting chubbier by the day, and despite Sarah’s dreary influence, much smarter. Silver and Flora, who has children and is married to a doctor, currently in the army, are both communists.

The backdrop to the tale is the Jewish community of Cape Town, unusually the two lovers hardly mention the war. Running parallel is the story of CJ “Charlie” Wasserman, which echoes that of Silver. Wasserman was a writer, and his books, The Conversationalist, Stigma, Press This and the English and French version of The Theatre of Obscurity, framed in black, hang from his study wall. And he also has an unrequited love.

After 21 years Sascha Silver, Wasserman’s successful investment banker wife has walked out on him, leaving him the house and their dog, Troilus, and has given him an allowance so he can live comfortably, on condition that he never sees her again. Sascha accuses Wasserman of being a Golden Ager, a person who believes things were better in earlier times as her reason for leaving. But deep down Wasserman thinks it was the death of their young daughter Rebecca that caused the rift in their marriage. And he often wonders why Sascha, who is Jewish, married him, a six foot four sack of ineptitude, instead of the chiselled jocks and pretty boys on campus.

But Wasserman, who is inherently lazy (and I suspect morally bankrupt), accepts the offer and settles into a state of ennui.

Except for taking Trolius for his regular walk and drinking whiskey and chatting to his neighbour, and only friend, John Wormsley, a defrocked priest, who also enjoys a drink or two, adores the dog, and is prone to philosophising and giving Charlie unwanted advice, Wasserman doesn’t exert himself too much.

One day Wasserman, who has appropriated Sascha’s old study and her desk chair which is more comfortable than his own, finds the box of letters. Wasserman being Wasserman dithers a lot until finally he puts the letters in some semblance of order. But because Wasserman being Wasserman, a six foot four sack of ineptitude, finally begins to make sense of the letters and the terse telegrams between the two lovers. But still he takes his time and asks a few people for advice including his erstwhile mentor, Professor Delahaye, and his French agent Delphine, and of course, Wormsley who unbidden often adds his two cents worth.

Delahaye arranges to send somebody, actually three somebodies, two students, for Wasserman’s creative writing course, that he didn’t know he was conducting.  Among them is Tina Todd, a woman, about the same age as CJ, a published poet but with serious mental issues.

Flora has given Theo an ultimatum leave Sarah or else, and Theo in turn pleads with Sarah again to give him a divorce, fruitlessly. Theo also enlists his family to help Sarah see reason.

Finally CJ puts it together and a manuscript emerges at last and he sends it to Delphine.

The two stories bounce off each other and like pieces of a jigsaw fit neatly into place. Winkler has an elegant writing style and an unusual way with words which pull you right into the hearts and minds of the protagonists. There are some light touches of humour and unexpected events. The climax too is surprising.

Theo & Flora is a wonderful piece of writing that will grip you from page 1.