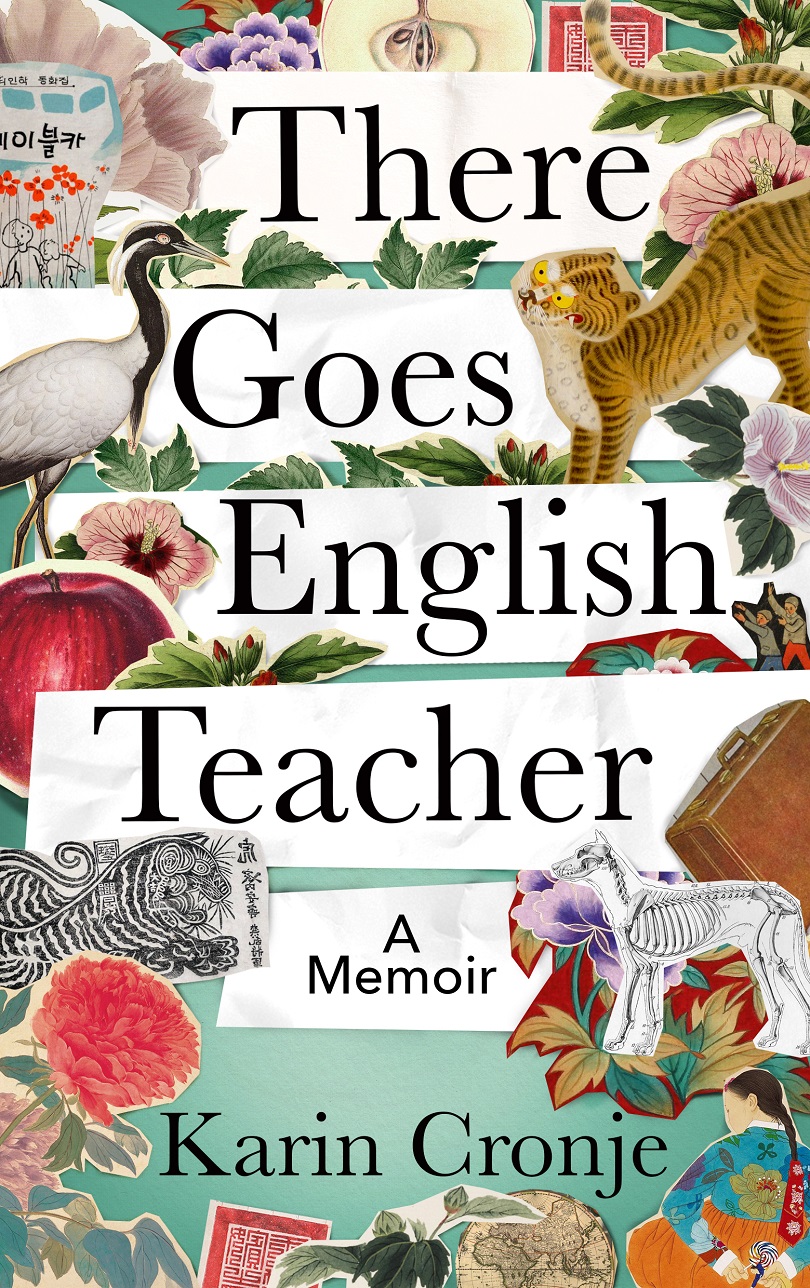 When Karin Cronje, novelist and part-time lecturer in the Music Literacy Department of Stellenbosch University, moved out of her comfort zone, she didn’t just put her toe into the water to feel if it was hot or cold, she plunged right in and found herself in an alien environment far removed from the shade of the stately oaks in her garden at home, as black is from white.

Her reason for going, she tells Victoria, is “that she can’t sit under the oak tree looking at the mountain wondering where the hell I am in my life another moment. Besides, my money is running out.” Korea is just a spot on the world map, near Japan. “But it is far,” Victoria cautions her, she’s going to teach English and she’s not even a teacher. And so starts a journey of self-discovery and earning an income which will also help her son Marko to complete his architectural degree. And she will finally find time to finish her novel. Those are the pros. But Cronje also worries about the cons: how her leaving will affect her friends, her father, and Jasper, Sir Jasper the schnauzer, “her deepest love”,.

Serendipitously she was talking to a colleague from her employment days whose South African friend, Leona, was visiting from Korea, and confirmed that it was a financial paradise but she would have to apply for a teaching job. Cronje hates applying for things, and as fate would have it, Leona’s nephew, Paul had a Korean girlfriend, Mae, and in no time at all managed to get Cronje a teacher’s post at a hagwon, “a private school for after government school”.

However, Cronje is in for another shock when she lands in Seoul. She can’t speak Korean but the friendly and helpful citizens point her in the right direction to the “smallest airport ever”, Gwang-soon, where Sarah, the school principal is there to meet her and on the way to Gweng-song Sarah tells her that her husband, Mister Park, is a flop because he didn’t succeed at university, he cannot be a lecturer so he teaches at the school, which is unlike anything Cronje has experienced. It’s a never ending cycle of teaching. Sometimes classes only start at 11pm for the older children. (We have something similar in South Africa and it is known as platooning which is often applied at overcrowded schools and pupils are taught in shifts but the day usually ends at 4pm).

There Goes English Teacher could quite easily have been just another travelogue, instead Cronje takes a long, hard look at herself, with brutal honesty. And the novel she was writing while in Korea and which won the prestige Jan Rabie/Rapport Prize, echoes her own life with all its uncertainties and an unpredictable ending for the protagonist, Hillette Barend, who is also searching for answers.

Cronje has numerous adventures in Korea over the three years she spends there and slowly begins to understand the culture, thanks in part to Dae-ho, a Buddhist and he’s her “guru man”, healer, yoga man and friend. She visits him three times a week and she’s never sure what’s going to greet her. But Dae-ho is insightful and helps Cronje to understand herself, and teaches her to breathe.

Despite her new life Cronje still has to worry about the mundane things back home, her tenants, for one, and she has left Marko to shoulder most of the domestic travails  in Cape Town and she misses him and her friends. Marko flies to Korea for a short visit. Her neediness threatens to overwhelm Marko, in the end, however, he also becomes his own man.

Finally after a three-year stay, Cronje decides to return home. But to a different place. She gets caught in a car scam by one of Marko’s “business associates”; she has some kind of breakdown at a friend’s cottage and then books herself in to Valkenberg where she discovers that she’s quite sane. But, as she tells her friend, Dorrian, the owner of the cottage, that it wasn’t a breakdown, it was a breakthrough. And despite the incompetence of her publishers, Cronje’s book, Alles Mooi Weer, wins the Jan Rabie-Rapport prize.

There Goes English Teacher is a masterful work which fearlessly shines a light into the darkness of identity, sexuality, ageing and angst. You will chuckle as Cronje describes some of the eccentric teachers at Seong-chang National University where she also works for a time; you will be with her in Mae’s Goldfinger bar, and you will find yourself with her in the Korean village she lives in and you will feel her frustration when she tries to interest uninterested kids. You will learn something about Korean culture, the language and the food but you will travel with Karin Cronje on her voyage of self-discovery. As she concludes: All was; is; and all awaits.