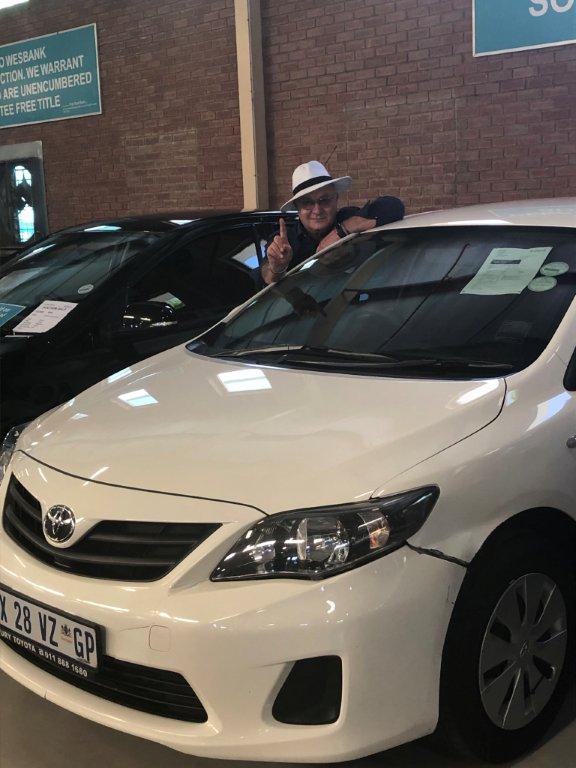 Brian Joss – The Toyota Corolla, Volkswagen Golf and Ford Focus are perennial top sellers within the C-Segment hatch/sedan sector of the South African car market. But there is only one car that consistently boasts the best resale value – and it’s the Corolla.

This has been revealed by Darryl Jacobson, managing director of True Price, the innovative start-up that provides South Africans with free vehicle evaluations. Members of the True Price team attend vehicle auctions each and every week in order to document actual prices achieved on auction. This information is added to the company’s extensive database, which already contains data pertaining to thousands of vehicle auctions.

“Then we calculated the actual price achieved on auction as a percentage of the original retail price,” he explains. The findings are fascinating.

Jacobson attributes the domination of the Corolla to a variety of factors.

“The Corolla, which has been manufactured for 43 years in South Africa, is somewhat of a motoring icon, with a huge following and a superior reputation. It’s a massive success internationally too. It overtook Ford’s Model T and Volkswagen’s Beetle some time ago, becoming the best-selling car model ever sold. More than 45 million have been sold globally since the Corolla was introduced in 1966,” he reveals.

The old “everything keeps going right” slogan of Toyota in South Africa is still very much top of mind, says Jacobson. “South Africans are comfortable with the Corolla. They perceive it as a very reliable vehicle that it supported by a massive dealer network,” he notes.

The True Price managing director says that, whenever a Corolla is on auction, it’s always sold. “Whenever a Toyota Corolla comes up on the auction floor there is definitely a buzz from the auctioneer and the buyers.

There’s never a doubt that a Toyota Corolla will sell on auction, where as the Golf and more so the Focus can go unsold,” Jacobson reveals.

One of the reasons for this is the fact that the Corolla has a wider appeal than the Golf and Focus. “Of course the Golf and Focus have certain niche markets. But the Toyota Corolla appeals to all ages. Accordingly, the dealers who are bidding on auction are confident of finding a buyer fast,” Jacobson explains.

While sales of C-Segment hatch/sedan models are declining in South Africa in favour of cheaper cars and sports utility vehicles, Jacobson says that the Corolla will always maintain its superb resale value. “It’s an iconic product that South Africans know and love. The same sentiments will apply to the new Corolla, when it is launched here in 2019,” he concludes.

Visit: www.trueprice.co.za to ask for a free evaluation.