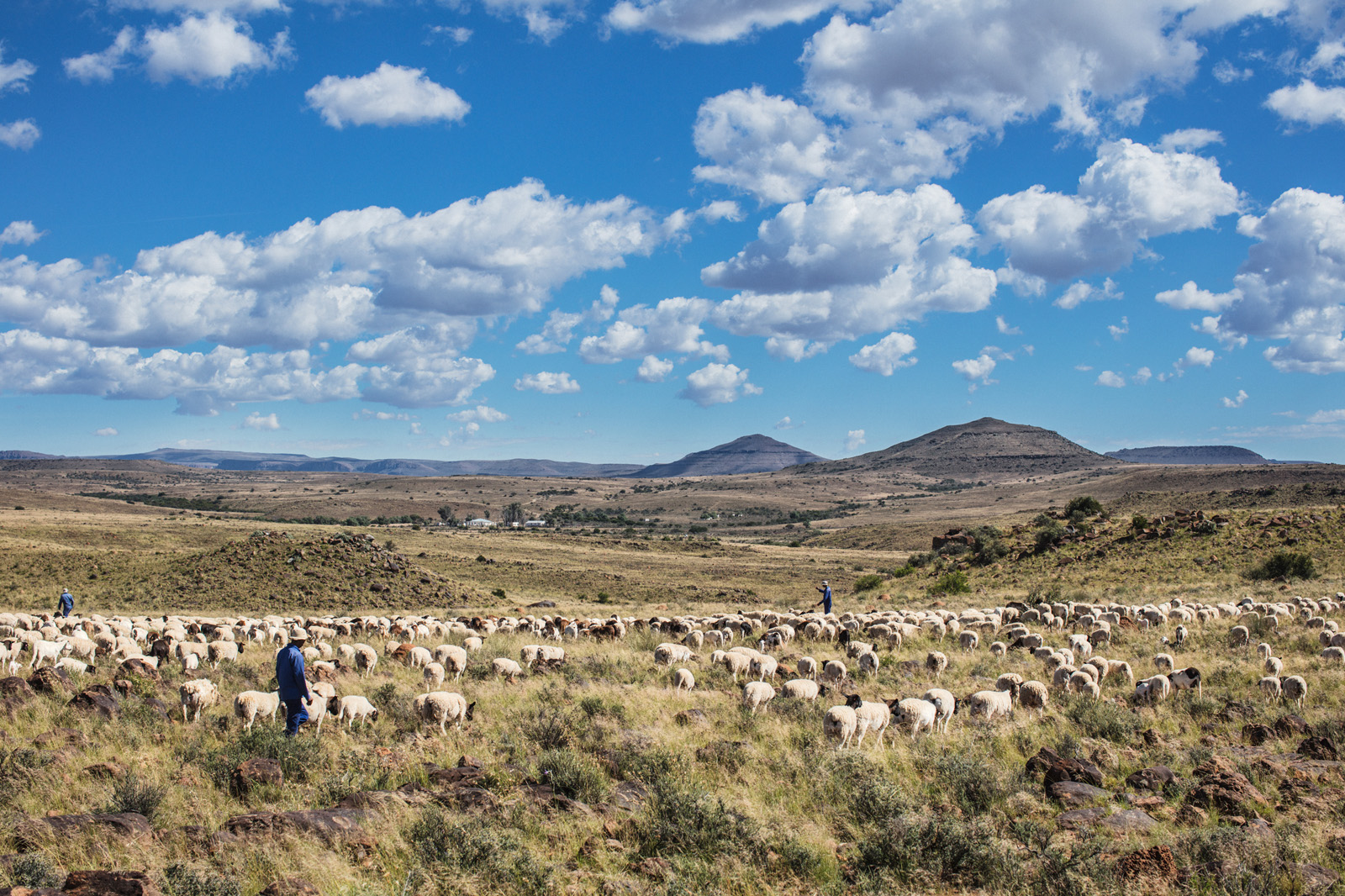 Cape Town – Leading conservation and research Non-Profit Organisation, The Landmark Foundation has developed an ethical  and wildlife-friendly produce Brand, named “Fair Game”, which facilitates the production, marketing and distribution of rangeland lamb and beef, initially from the Karoo, in support of its member-producers that practise ethical and non-lethal predator control farming methods.

A brainchild of The Landmark Foundation, an organisation focused on creating sustainable solutions to human/wildlife conflict and supporting a conservation-economy agenda, “Fair Game” officially launched over the weekend of 23 November to 25, November. “Fair Game” has been established to operate as an independent, non-profit administrator of the eco-friendly products and services created by its member-producers.

Says Founder and CEO of The Landmark Foundation, Bool Smuts, “Fair Game” has been developed over the last eight years as a tool to benefit both the farmer and the welfare of livestock and wildlife in the process of their production; while delivering a wildlife-friendly range of meat-products into the marketplace for conscious consumers who are concerned about the production practises of livestock farmers. It is through the development of these ethical and market incentives that we can effect a better outcome for wildlife, the environment in general, and the ethical treatment of livestock and the people involved in its production.”

Historically, farmers have supported any and all means available to them in order to protect their livestock from wild predators and minimise their financial losses, mostly these involved lethal control of predators. Extermination methods included rifles, gin traps (these are legally allowed in South Africa in the use of predator control) hunting dog packs, species culls, helicopter hunting and poisons. These practices have disastrous cumulative impacts on many species, even when unintended or intended.

The Landmark Foundation has 14-years of research data to prove that the unethical, indiscriminate and widespread use of lethal predator-control measures are causing havoc and immeasurable damage to regional biodiversity, as literally thousands of animals, including critically endangered apex predators such as leopard, are being wiped out in the interest of agricultural profits.

While some farmers have chosen to support a non-lethal approach to predator control by using collars and/or dogs, these methods have never been 100% successful. A new human shepherding approach, and an aptly named conservation project entitled “Shepherding Back Diversity” by The Landmark Foundation, has provided new promise for ethical farming on livestock rangelands.

Part funded by the Global Environmental Facility (GEF), the Green Fund, Woolworths Trust, supported by the Department of Environmental Affairs and hosted by a philanthropist and owner of the Project’s five participating farms near Beaufort West in the Western Cape, the programme embraces the nomadic farming methods of the past by supporting a free-range approach to grazing with the use of  human shepherds. Eradicating the need for fenced-off grazing pastures and employing trained human shepherds to guide and guard livestock, temporary mobile kraals are erected in the chosen grazing vicinity where livestock can be shepherded back for security, come nightfall. The kraals comprise simple mobile electrified wires for cattle and cargo-netting enclosures for sheep to keep livestock in, and sense aversion devices to keep predators out at night. The shepherds are always close at hand and sleep near the kraal in a caravan and can attend to any veterinary needs. The kraals are mobile and moved weekly.

Over the course of the first two years of implementing this model, since January 2017, not a single head of livestock was lost to predation. Bool boasts that the success of the Programme is multifold:

“The use of trained shepherds creates stable jobs for rural workers and allows for livestock to be guided to appropriate grazing sites, which prevents over-grazing and allows animals access to more diverse pastures. Farmers no longer have to invest in erecting expensive fencing to provide grazing camps for livestock, or resort to lethal methods to protect them from predators. It’s a win-win for the farmer, the livestock, and the wildlife, and ultimately, an incentive for the consumer,” says Bool.

There are currently five production farms consolidated into producing meat products for the “Fair Game” wildlife-friendly label, which have been audited and certified via the South African Meat Industry Corporation (SAMIC), a quality assurance statutory body, to ensure the quality and safety of meat in the country. The brand is also audited by a third party independent auditor to provide further assurance to consumers. Another three farms, as far afield as Colesburg and Graaff-Reinet, are coming on-line shortly, totalling approximately 34 000 hectares. In addition to ethical production practises, the Programme supports the use of local abattoirs, ensuring that livestock don’t have to be transported more than 100 kilometres between the farm and the abattoir.

“It’s a relatively small beginning, but the potential impact is massive”, says Bool.  “Based on the success of the pilot Project, we hope more and more farmers will be incentivised to become wildlife-friendly and ethical member-producers. The “Fair Game” product range is produced to the highest ethical standards within the industry, which is priced at a premium to offset the higher production costs from the producer. Ultimately, the overall sustainability of the Brand and the roll-out of the eco-production Programme across the country relies on its support and take-up by consumers.”

Farmers can become member-producers at no cost, other than for the initial auditing process that is facilitated and managed by The Landmark Foundation, but, says Bool, farmers will easily recoup that initial spend based on the premium received for the product.

“The Landmark Foundation derives no direct profit from the “Fair Game” Programme, but incentivises profits for the producers as its only through their reward and participation that we can hope to achieve that essential balance between biodiversity and wildlife conservation and local economic development,” concludes Bool.

Based on the demand for the “Fair Game” range of wildlife-friendly products, the intention is to develop a niche distribution footprint in specialised outlets in major metropolitan areas. Currently orders are transacted direct via a “Fair Game” telephone line and email address, with an online click-and-pay platform currently in development.  Delivery is direct to a preferred address along the Garden Route and into the greater Cape Town areas, even home deliveries of half lamb packs.