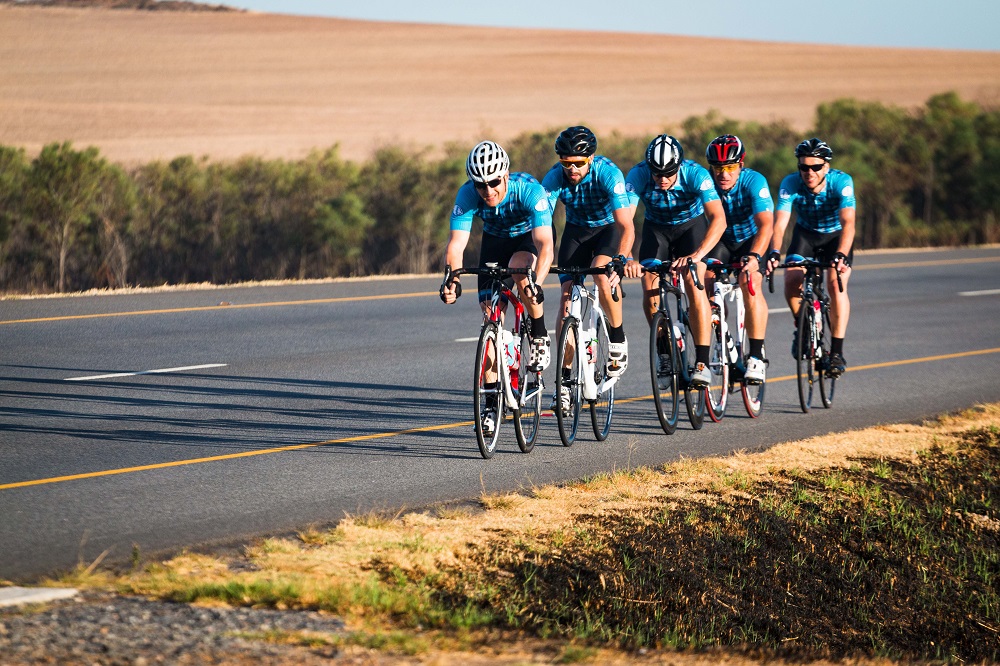 A new format for the amateur categories will place the emphasis on teamwork when the Takealot Tour of Good Hope takes place in the Western Cape next year.

While they wish to elevate the tour to match similar international events, the organisers also want to provide the opportunity for amateur riders to experience an event of this nature.

“Inevitably there is a lot of focus on the elite riders, but we want the Tour of Good Hope to be inclusive and, therefore, the amateur element remains as important as ever,” ASG Events chief executive Fritz Pienaar said.

He added that they wanted to make it a team-orientated event, with solo packages only available for the categories of elite, U23 and junior men, as well as the elite women.

“Amateur cyclists must enter as teams and these can comprise four to eight riders,” said Pienaar.

“We don’t want individuals in the open categories and the way it will work is that the fourth rider’s time will count for the team.

“Mixed teams can consist of two men and two women with the second woman’s time counting for the team.”

He added that although the emphasis was on the team aspect, they would still show who the leading category riders were.

ASG Group chief executive Heinrich Dannhauser said they were keen to maintain the unique aspect of allowing amateurs to race in teams behind professionals.

“We work hard to make sure the integration of professionals and amateurs works well because it gives them a taste of the excitement and world-class organisation that such a race brings,” he said.

“And there are some amazing prizes for them [the amateurs] as well.”

Another change for the 2019 tour, presented by Scicon and the City of Drakenstein, is that the stages, which cover a total of 490km, will start and finish at the Boland Landbou school just outside Paarl.

“We are aiming to make the logistics much easier next year for the cyclists,” said Pienaar. “This year they started in town and finished at the Drakenstein Correctional Centre, so there was an issue getting back to their vehicles.

“Next year the venue is Boland Landbou for the whole week and we believe that will create a much better environment for all competitors.”

Does Zambia national team have chances of getting to the World Cup 2022?