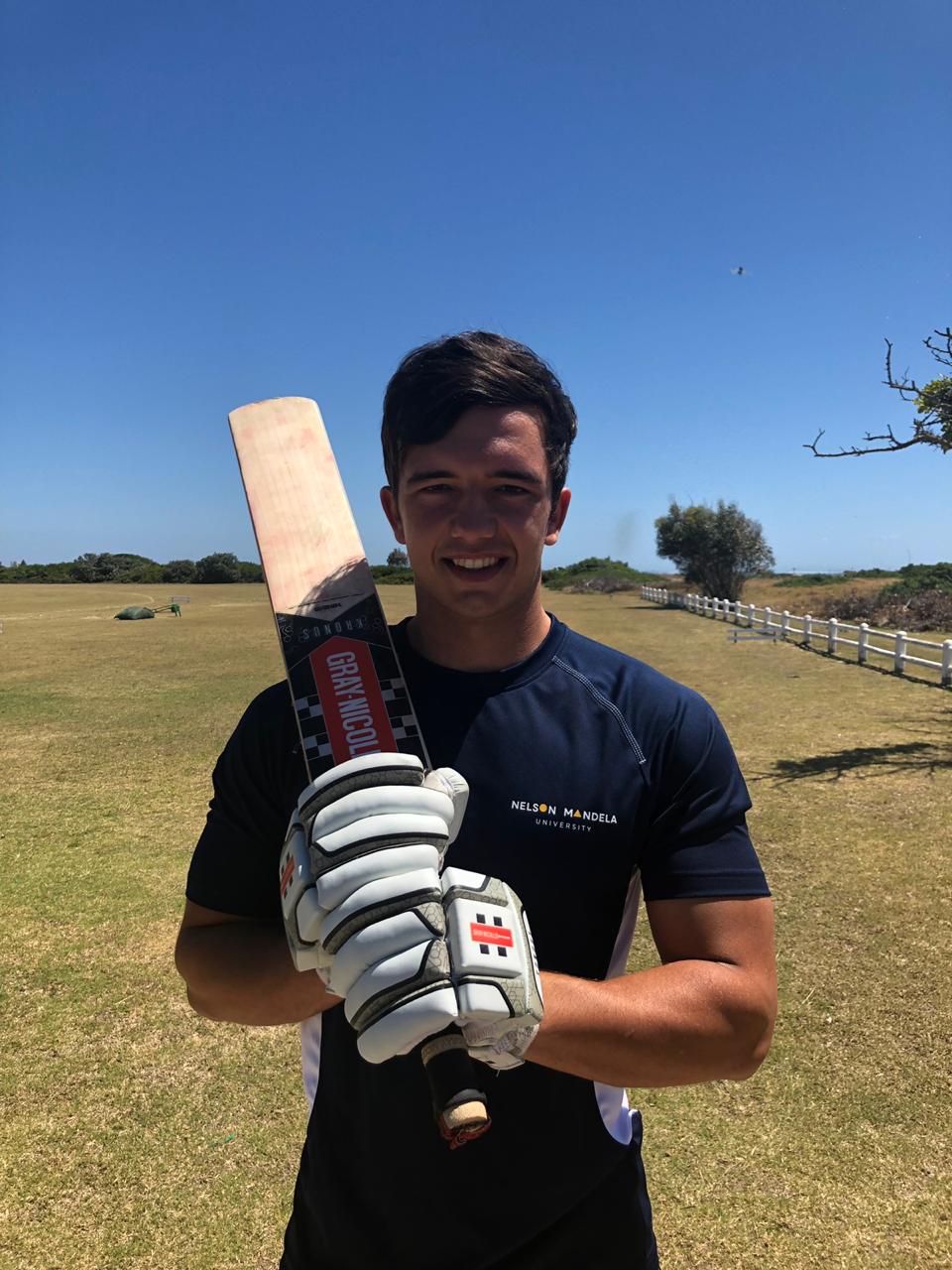 The Madibaz cricket teams are determined to make an impact when they compete in the University Sport South Africa tournament in the Western Cape next week.

The annual competition takes place in Stellenbosch from December 3 to 7 and Nelson Mandela University will be fielding two teams, Madibaz A competing in pool A (the top eight teams) and Madibaz B in pool B.

Madibaz A will be looking to make up for the disappointment of losing to Pretoria University in last year’s final.

Captain David Masterson well remembers the narrow defeat on that occasion and said the squad were eager to set the record straight.

“That was my first appearance at USSA and it was very disappointing to lose in the final by six runs,” he said.

“Madibaz have had a lot of success at USSA in past years and we are definitely targeting the title in Stellenbosch. The ambition among the players will not allow us to settle for anything less.”

He added, though, that they knew it would not be wise to look too far ahead.

“We do not want to get carried away and so our focus at this stage is purely on our first game against UCT.”

Despite losing some key players from last year, Masterson said there was still a good spread of experience in the squad, “with more than half the guys playing last year”.

“I feel one of the biggest strengths is that we have all-round cricketers who offer more than just one skill.

“Our spin department is looking promising, with good variety, and our batting lineup is very well balanced.”

The skipper identified allrounder Tian Koekemoer as one of the players who could be the key to their success.

“He is one of four semi-pro cricketers in the squad and I am sure they will be challenging themselves to take responsibility and perform. Tian has been in excellent form for EP and will definitely play a major role with the bat and ball for us.”

The Madibaz B team, consisting of predominantly players from the George campus, will have a number of new faces in their ranks but are fired up to prove their potential.

George campus sport manager Hugo Loubser said their focus would be on improving on their performances from last year when they finished seventh out of eight teams.

“This time we want to do better than that and are aiming for the semifinals.

“I believe we can go all the way if we play to our potential and stick to our game-plan.”

The George team will be missing star batsman and captain Jean du Plessis, who has provincial commitments, but Loubser believes there are a number of positives they can take into the week.

“Although there have been many changes – there are only two players left from last year – I believe there is a great deal of potential in the squad,” he said.

“Levin Muller, who missed the 2017 tournament due to injury, is back and has been showing really good form, while Travis Ackerman, a top-order batsman and offspinner, will captain the team in the absence of Jean.”

He added that the large number of allrounders in the side provided the coach and captain with plenty of options, “especially later in the week when the pitches start to wear”.

CAPTION: David Masterson will captain the Madibaz A team when they compete in the University Sport South Africa cricket week in Stellenbosch in the Western Cape from December 3 to 7. Picture: Supplied