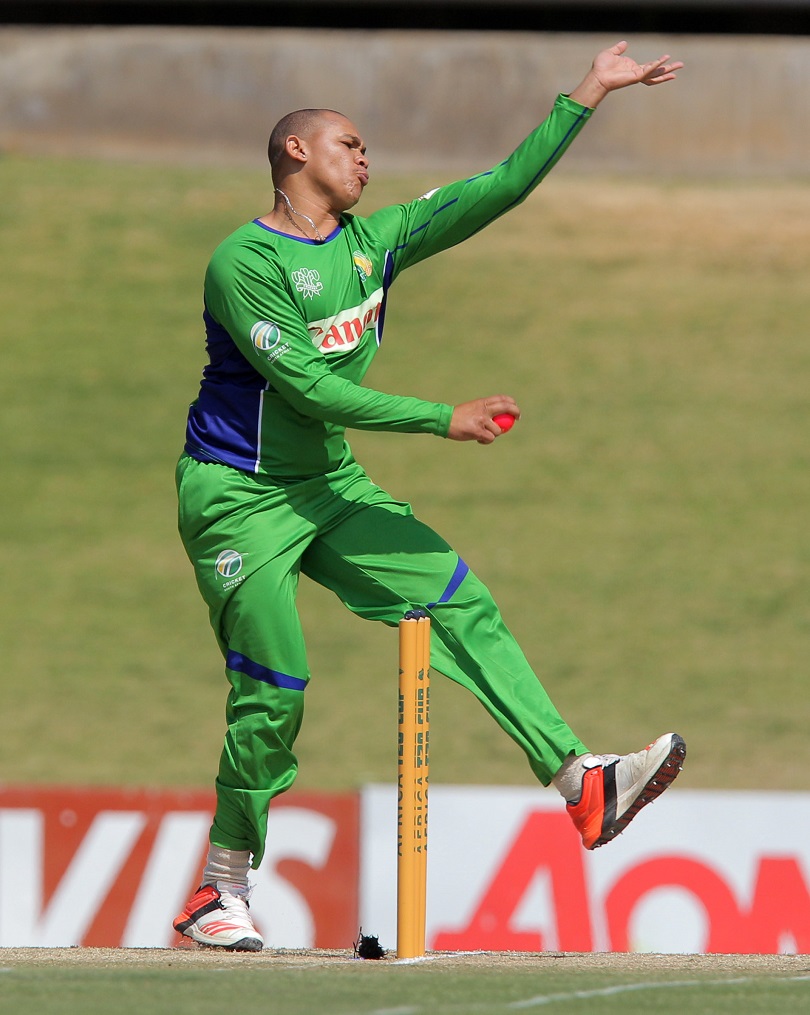 South Western Districts’ main strike bowler, Marcello Piedt, reached a personal milestone the past weekend when he played his 50th first class match for the province.

The 26-year old Piedt bagged nine wickets in the match with an analysis of 6/35 in the Northern Cape first innings. He is currently the leading wicket taker in the Cricket SA Provincial Three Day competition – 22 wickets at an average of 13.45 with two five wicket hauls.  This season he missed two of SWD’s five matches due to injury.

Piedt, who was educated at Outeniqua High in George, had a dream first class debut in October 2012 when he took a career best 7/6 in 10 overs against Western Province.  The same season he took 59 wickets in his debut season (2012/13) of first class cricket and received the Cricket SA Award as Player of the Season in the Three Day competition.

In his 50 first class matches he bagged 174 wickets and at nine occasions he achieved five wickets or more in an innings.  He played 27 List A matches with a best bowling performance of 5/35 and in 14 T20 matches his best bowling analysis is 3/34.  He is also a very useful batsman with three first class fifties under his belt with a highest score of 59.

Piedt, who played SA Colts in 2010 and represented SA Schools in 2011 is one of a handful of top bowlers that emerged via the SWD cricket pipeline.  Other includes Gurshwin Rabie, Otniell Baartman, Wessel Hartslief and Glenton Stuurman.