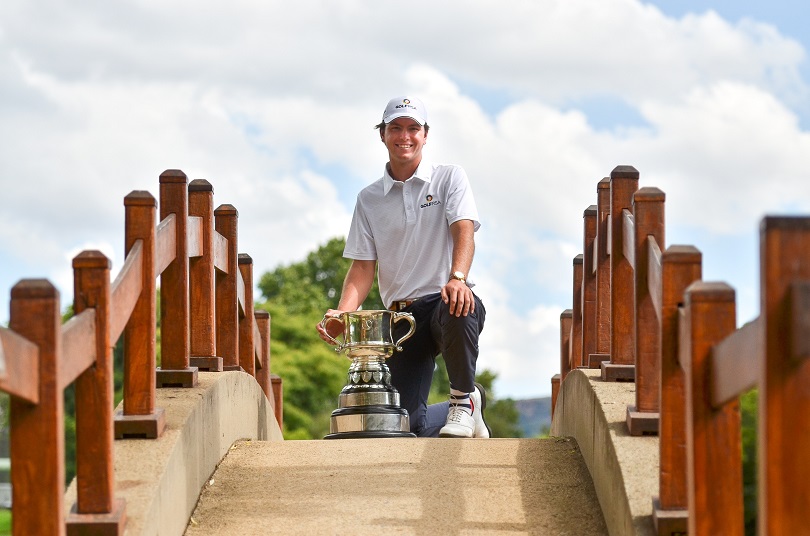 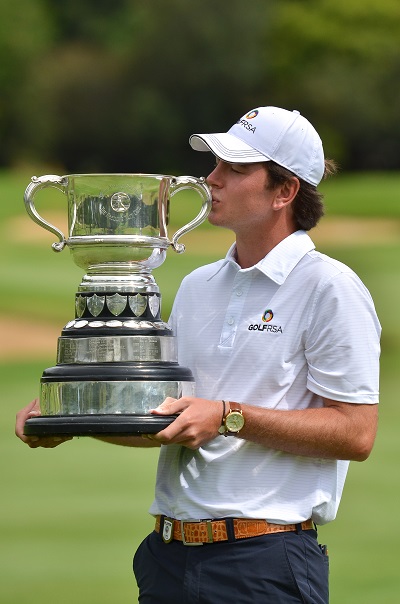 The 21-year-old George golfer carried a two-shot overnight lead into the final round and sealed the low amateur honour by four shots on six-under-par 278 at Randpark Golf Club on Sunday.

“I dreamt about winning the Freddie Tait Cup since I won my first junior tournament. It has taken me three tries to do it, and I really had to grind it out today, but this rates right up there with winning the Amateur Championship. It’s incredibly satisfying to tick another huge box on my bucket list,” a smiling Rebula said.

“My uncle (Ernie Els) won it in 1989 and I am so incredibly proud that I’ve kept the family tradition going and added my name to the past winner’s list.”

Rebula made his intentions clear when he laid down an early marker with an opening round of four-under 67 at Randpark Golf Club’s Bushwillow Course and confirmed his intent with a second round one-under 70 on Firethorn.

He started a memorable third round alongside Els in the front, after three fellow GolfRSA National Squad members also made the cut to 65 and ties, set at two-under.

Rebula was one shot clear of South Africa’s top ranked Wilco Nienaber and three strokes ahead of 2018 Sanlam SA Amateur champion Deon Germishuys and 15-year-old Yurav Premlall, the youngest amateur in the history of the SA Open to qualify and make the weekend.

Spurred on by four-time Major winner Els, Rebula produced a second successive round of 70 on Firethorn to tighten his grip on the Freddie Tait Cup.

“It was undoubtedly one of the most amazing experiences of my career to play with my uncle,” said the Auburn University student. “It was incredibly special, but it went by so quickly. I could have stayed out there for another 18 holes.

“He has been a huge role model for me, even more off the course than on, and to tee it up with him in the SA Open for the first time, is a memory I will cherish for ever. The conditions were tough, especially through the stretch between 11 and 14, but he kept me positive.”

Rebula started the final round on six-under, three clear of Erne Els and Fancourt Foundation stable-mate Germishuys and five shots ahead of Premlall and Nienaber.

He underlined his growing reputation as a future world-beater when he rallied with birdies at four and nine to wipe out a bogey-bogey start and turn level par.

“It definitely wasn’t my best ball striking week, but I putted really well all week and I made a lot of clutch putts to keep the round going today,” said Rebula, who cancelled a bogey at 13 with a birdie at the next hole and made an incredible up-and-down from the bunker at 18 for a final round 71.

“I didn’t have a clue what the other guys were doing through the round, but when I got to 18, I saw the leaderboard and I saw that Yurav was four-under with three to play. That bunker shot and putt at 18 suddenly became a lot more important.

“Thanks to GolfRSA, I gained a lot of experience in big events abroad with the National Squad and that came into play this week. The night before the final round of The Amateur I barely slept, but I was a lot calmer going into the final round here at Randpark.

“I’m really proud of the guys who teed it up and Deon, Wilco and Yurav, who made the cut. It’s great for amateur golf to see four amateurs on the weekend, and I hope we inspired the next generation.”

Rebula tied for 24th alongside last year’s champion Chris Paisley, among others.

Premlall and Germishuys grabbed a share of 43rd on two-under with Austin Connelly from Canada, Frenchman Gregory Bourdy and Henric Sturehed from Sweden. The Edengled junior carded rounds of 73, 67, 72 and 70, while Strand golfer Germishuys followed three successive rounds of 70 with a final round 72.