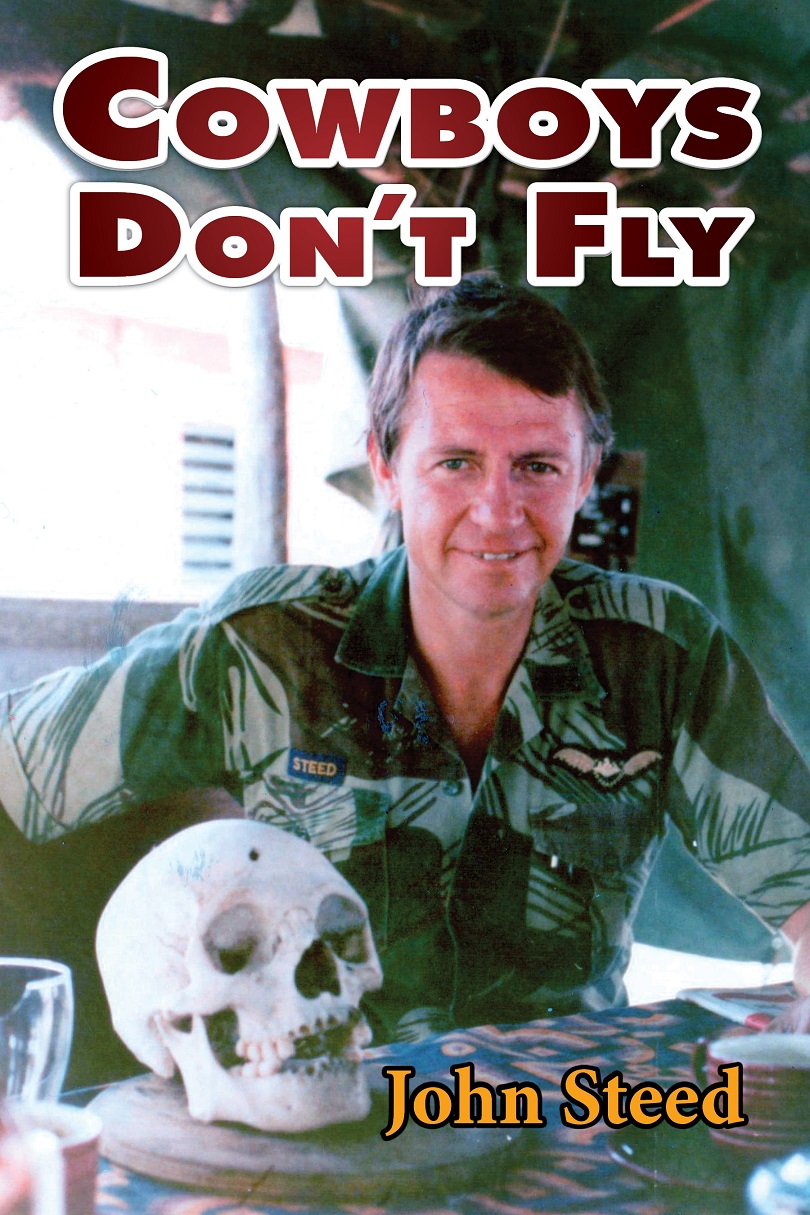 When John Steed’s Cessna crashed at Virginia Airport and he and his passenger, a young, Debbie who was “mad about flying” escaped with their lives, Steed’s wife,  Annie, gave him an ultimatum, “It’s flying or me”.  So after a distinguished flying career including as a reserve police officer in the then Rhodesia (Zimbabwe) and working for the Red Cross during the Mozambique civil war, when he owned an unusual charter company.

escapade, George and the Rhino, was screened on Animal Planet and the Discovery channels on satellite TV.  The translocation wasn’t as smooth as Steed makes it sound. There were a few hiccups, notably:  moving the massive Chimpanye into the Buffalo; then there was a problem with the air traffic controller who refused to allow Steed to land at his destination, Liwonde, and instead ordered him to Lilongwe to be cleared by customs. Steed ignored the instructions and landed at Liwonde where they were met by a crowd of dignitaries and wildlife enthusiasts. Perhaps that’s why “Cowboy” is in the title: he doesn’t take orders too kindly. But Chimpanye was happy , well. as happy as an irascible black rhino can be. The next day they were due to fetch a female black rhino from Skukuza for Chimpanye and that trip went without a hitch.  Although the missions were successful, Steed suffered from what he assumed was malaria. But it was  a bite from the harmless looking, but extremely venomous sac spider, that laid him low for a few weeks, with no serious after effects except for some minor scarring.

Steed’s journey started as a seven-year-old recovering from a tonsillectomy in a Karachi hospital when his father, a Lieutenant Colonel in the Indian Army brought him a gift of a toy machine-sgunner, in British uniform, that produced a shower of sparks from the muzzle when you turned a crank. Still his life wasn’t all plain sailing and times were quite hard for the family when they moved to Kenya after India was handed back to the Indians.

In the 1950s Steed did military training with the Kenya Regiment until Britain untied the apron strings; he was accepted as a pupil pilot by the RAF flying BAC Provosts (JP3), but as he suffered from vertigo and couldn’t fly in formation the RAF sent him packing. It was a bitter blow and at the age of 21 the unappealing prospect of unemployment loomed large in his future. However,  he became a successful insurance broker and still pursued his dream of flying. But thanks to an army colleague of his dad’s he got a job fishing for turtles. But it turned turtle: among other jobs he sold Vicks and worked as an insurance broker. He saved enough money to buy a Triumph Thunderbird and then a Norton Dominator and thanks to his biking friends his passion for flying became a reality after one of them offered him a chance to take the joystick of a De Havilland Chipmunk. And the rest is history. Each chapter reads like a short story with flying the thread that keeps it together. but his passion for flying never dimmed. Steed has lived in interesting times and not in the Chinese sense.

Now Steed has found another passion – sailing.  Soon after selling his shares in Sky Relief, a charter operation that helped Red Cross International and the United Nations, among other agencies,  during the civil wars in Mozambique and the Sudan, he qualified as a  “Day Skipper” and crewed for his friend Willie Vanderverre on a return trip from Durban to Bassas da India reef near the Bazaruto archipelago. The pair ordered a custom-built 45 foot yacht that they named Peperuka, the Swahili word for a “favourable gentle breeze”. You may soon read about Steed’s marine adventures soon and if Cowboys Don’t Cry is any indication you can expect a gripping yarn. The old cliché, truth is stranger than fiction, applies to Cowboys Don’t  Cry which is entertaining and easy reading. There are colour images including a picture of the Sunday Tribune which featured his crash landing at Virginia Airport on  August 21 2005.