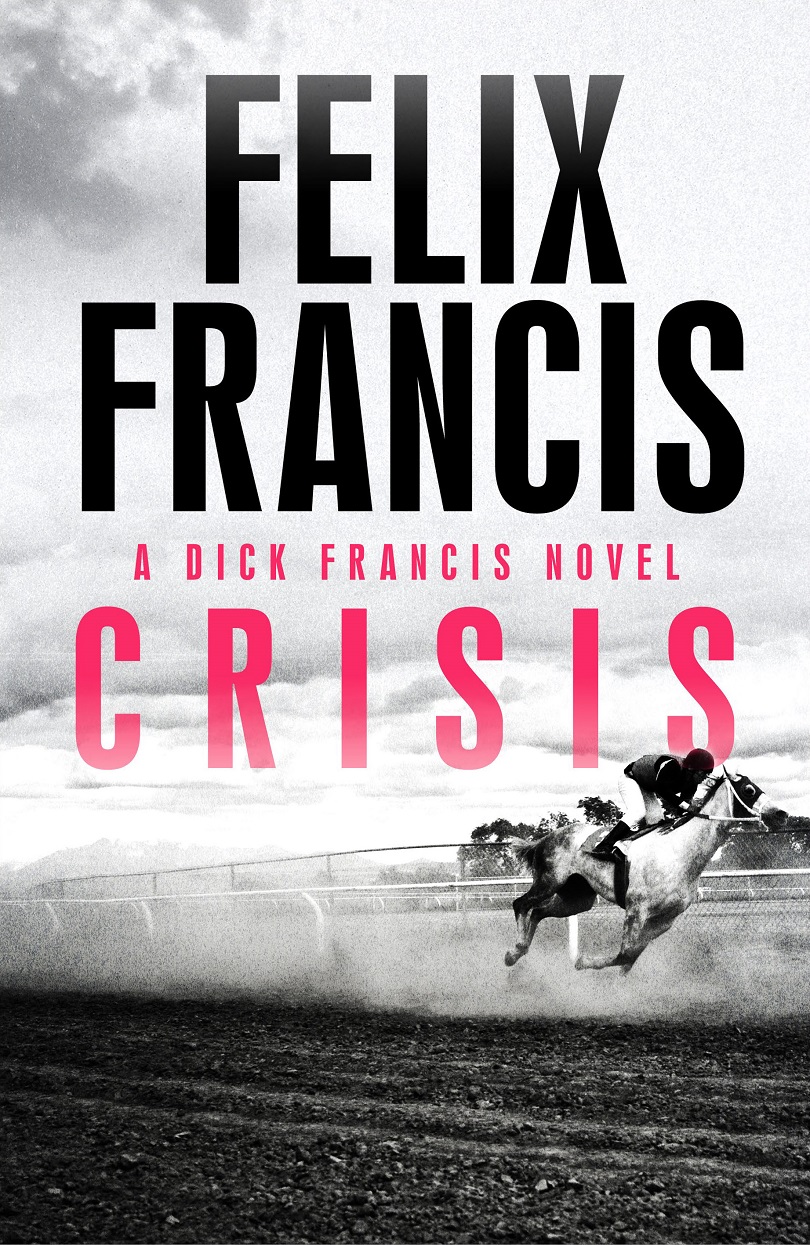 Felix Francis is a chip off the old block and is carrying on from where his father, famed jockey Dick Francis, who made his name writing about the racing world. Some of his books included The Sport of Queens, his autobiography; Dead Cert; Slay Ride; and with Felix they wrote Dead Heat and Crossfiire. Felix’s solo thrillers are Gamble; Front Runner and Bloodline, among others.

The backdrop to Crisis is also the horse-racing world. Former small-town lawyer Harrison Foster lands an interesting job as a crisis manager for Simpson White Consultancy and they specialise in reputation management. Far removed from the humdrum routine of a solicitor’s life. Harrison better known as Harry to everyone, his boss Anthony-Simpson White, ex-military, sends him to Newcastle to investigate a fire at the stables of the Chadwick dynasty which resulted in the deaths of six valuable race horses including Prince of Troy, odds on favourite to win the Derby and owned by leader of the Emirate, Sheikh Ahmed Karim, the owner of the racehorse, and ASW’s client, not the Chadwick family, as Harry surmised.

Although Harry doesn’t know much about horse-racing even he has heard of Prince of Troy.  His brief is to find out if the fire was deliberate or accidental. The investigation becomes mired in murk when the unidentified body of a young woman is found in the ruins of the stables.

The Chadwick family have lots of secrets that slowly unravel as the investigation races to a climax. There’s blackmail, sibling rivalry, incest, an estranged sister, Zoe Robertson, an addict plagued by mental problems and the daughter of the domineering Oliver, the nominal head of the Chadwick dynasty, romance, brothers Tony and Ryan who, to put it mildly, don’t see eye-to-eye. Harry gains another client when Tony is arrested for Zoe’s murder. But the Sheik still wants to know why his prize animal was killed. Slowly the scabs are picked off old wounds as the dreadful truth emerges. None of it ends happily, except for Harry, who finds true love. As a bonus he learns a lot about horseracing and despite gambling on a few losers he makes a packet on Orion’s Glory, the outsider in the Derby,  enough to pay for a honeymoon and a deposit on a cottage.

While Crisis has all the ingredients for a cracking thriller it faded at the finish. Hopefully Felix Frances will show the same form in his next offering as he did with Pulse.