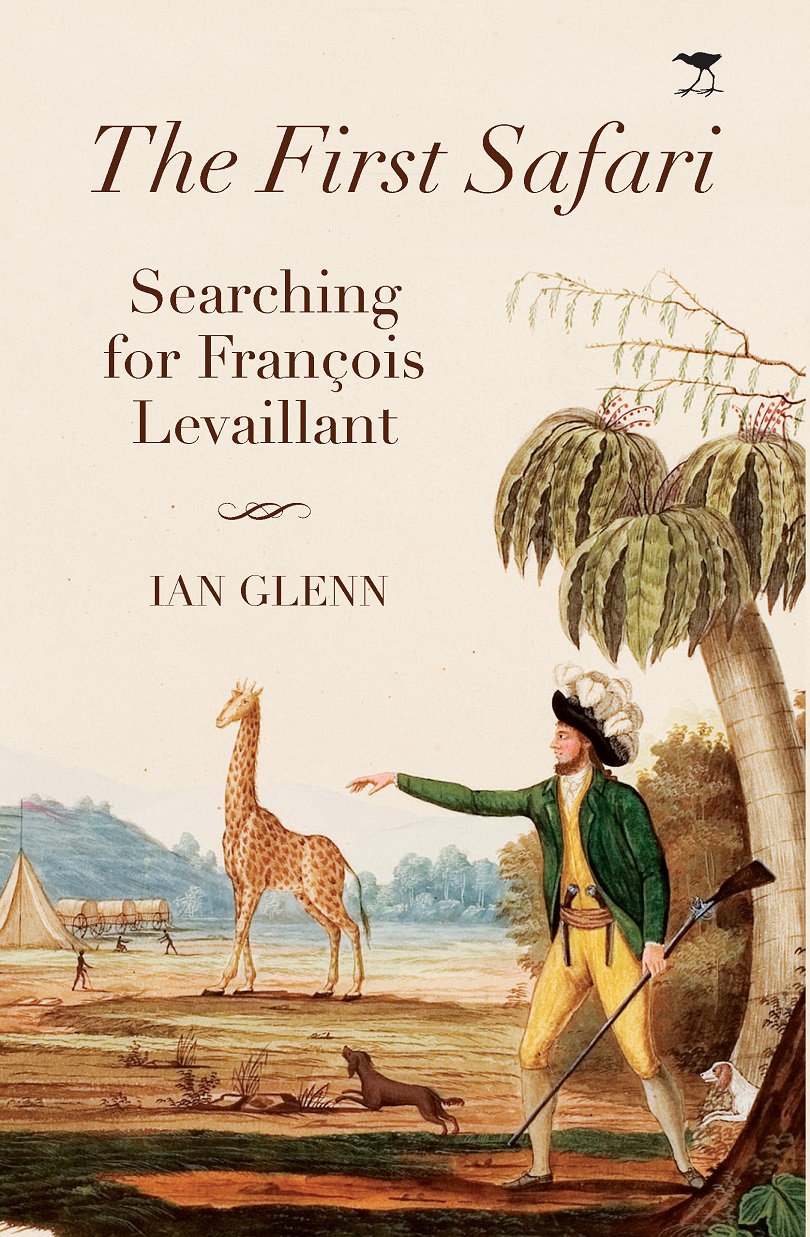 Francois Levaillant, a Frenchman born in Suriname on August 6 1753  is one of South Africa’s most famous naturalists and ornithologists,  if not the most famous.

And if the anti-colonialists knew about him they would have adopted him as their poster boy. Levaillant was one of the first people to write about the abuses the colonialists (settlers) perpetrated on the indigenous populations of the country. They often referred to them as savages, and worse.

Glenn writes that Levaillant, like most investigative reporters of brutality, he seems scarred, traumatised by what he has heard and seen. It is an issue that resonates across South Africa and most white historians like GM Theale and Vernon Forbes took the side of the white colonisers.

However, most recently, exhibition curators including artist Pippa Skotnes (Miscast) with scholars like Nigel Penn and Mohamed Adikari, publishing in the Journal of Genocide Studies, have shown that Levaillant was witnessing the early days of something close to a colonial genocide. Levaillant, throughout his travels, checks his European beliefs and questions Captain Cook’s exploitative behaviour and their (European) conclusions that Africans were  racially inferior.

Levaillant’s observations were acute. But he was best known for his contribution to birding, not only in his observations about ornithological infrastructure. And all this without the aid of today’s equipment such as binoculars, recorders, cellphones, video cameras and other technologies as Glenn illustrates with a story about how he, his son and the inimitable Lex Hes were the first people ever to record a new call of the African Scops Owl. However, scientific literature ignored it , probably, as Glenn, points out, it was first published in African Birdlife (April 2016).

Glenn believes that Levaillant would have been disappointed had the group stopped with the recording of the call. The explorer was much more than a “twitcher” and he thought that bird calls differ with the sexual urgency of the (usually male caller). He and Klaas (his right-hand man) on many of his expeditions discuss what they call the Diderick Cuckoo’s ‘vet praat’ when it is particularly randy. Levaillant also thinks there is a different call for the Fiery-necked Nightjar in the mating season. The explorer also bought Kees, a tame baboon, in Swellendam, and he accompanied him on his voyage. Levaillant also loved dogs, and one of them saved him from a leopard attack. Another dog, named Rosette, stayed behind to guard a basket that fell unnoticed from a wagon. The incident brought Levaillant to tears.

Levaillant’s astute observations have been proved correct. One recent study of bird calls by female ornithologists point out that early male European naturalists didn’t listen for females. Levaiilant was the exception; he paid particular attention to the duets of the Bokmakierie and the Southern Boubou, even transcribing the calls of the female Bokmakierie.

The First Safari is an intriguing look at a man, who until recently was hidden in the dusty archives of museums. Writers Erwin Stresemann, in his definitive history of ornithology, described Levaillant as the “first important modern ornithologist”. Levaillant produced the first major and widely read account of his travels from Cape Town to the Eastern Cape and back. It was translated into most major European languages. Two rival English translations were published in 1790.

It took Glenn 25 years to research Levaillant’s life. Glenn searched in vain for the ornithologist’s travel notebooks  but he solved the fate of his collection and discovered a map inspired by Louis XV1, a map fit for a king. It has become “the most valuable African map ever produced”.

Glenn’s journey took him from the banks of the Orange River to the vaults of the Paris Museum where 30 000 dead birds are housed, following in his footsteps to Theefontein, Pampoenkraal and Kokskraal, and to the Bloubok exhibit in the hall of extinct animals in Paris’s Natural History Museum.

The story of the search is just as fascinating as that of Levaillant’s life and times.

Considering that Glenn has a string of degrees to his name: including a B.Phil, an MA and PhD, according to the Centre for Film and Media Studies website, the First Safari could have been as dry and brittle as some of the dusty documents he found in the archives, instead, it is a lively account of Africa’s most famous ornithologist. The Emeritus Professor has a knack of putting you next to Levaillant as he hears the calls of the Boubou or the Diderick Cuckoo’s ‘vet praat’.

Thanks to Glenn,  Levaillant’s life won’t be consigned to the dustbin of history. Even if you have a passing interest in ornithology, history or are an academic, The First Safari should be a must for your library, and not to gather dust, but to be read and savoured. Images add interest and the paintings of the birds show how skilled an artist Levaillant was.