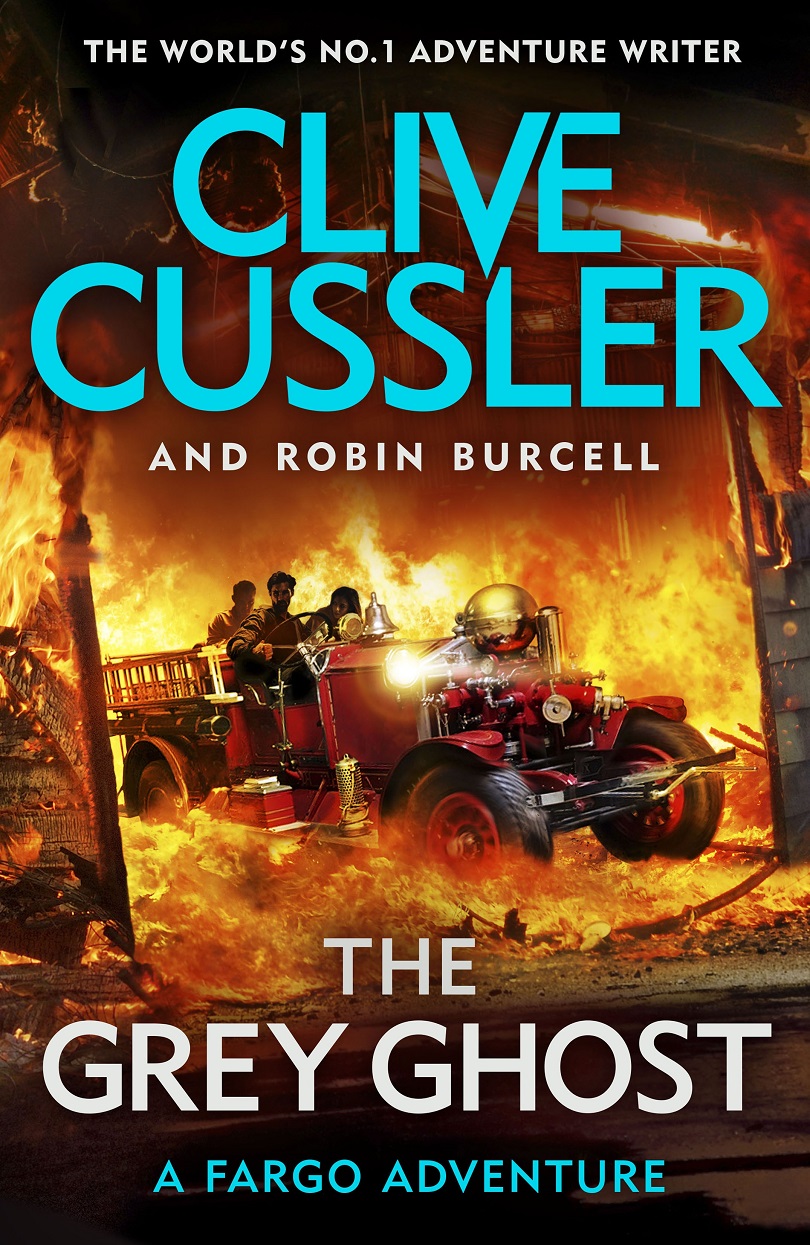 Sam and Remi Fargo, the famous billionaire treasure hunters, are back in the thick of things, searching for a legendary and rare car, a Rolls-Royce prototype, dubbed the Grey Ghost, which was developed in 1906 in Manchester, when it was stolen the first time.  In this, the 10th in the series, a man claiming to be British nobility and related to the Fargos phones Sam’s mother Eunice, who arranges that Sam and Remi meet the owner, who wants to sell it if they can find it, at Pebble Beach.

It is also rumoured that the car contains a long lost treasure which piques the Fargos’ interest.

The Fargos take on the case and learn that the prototype was stolen by Marcus Payton back in the day.

Albert Payton, the 7th Viscount of Wellswick, is the owner of the car and Oliver Payton, heir to the estate, is helping his uncle who has dementia, says the car could be worth $50-million and it will help save the estate, which for some perplexing reason, is on the verge of bankruptcy. Reginald Payton, a cousin, also wants the car and the rumoured treasure. He has hired a gang to help him and do whatever’s necessary, even murder, to bring his uncle to ruin. But they have under-estimated the Fargos.

Through an ancient journal, which reads like a thriller, written by Jonathon Payton, the fifth Viscount, the Fargos learn that the famous American detective Isaac Bell was in England at the time tracking a gang of train robbers. There are flashback to the journal which ties the story together.

In true Cussler (and Burcell) style the action tears along at a cracking pace: there are red herrings galore; a silent auction by a fixer who specialises in rare automobiles; a 1922 Ahrens Fox fire pump (Cussler owns one) that helps save the day; and plenty of hair-raising incidents involving the uber-cool Remi and the can-do Sam.

It wouldn’t be a spoiler to say the Fargos find the Grey Ghost. What of the treasure? Ah, that would be telling.

The Grey Ghost is fast-moving thriller that will grip you from page 1.