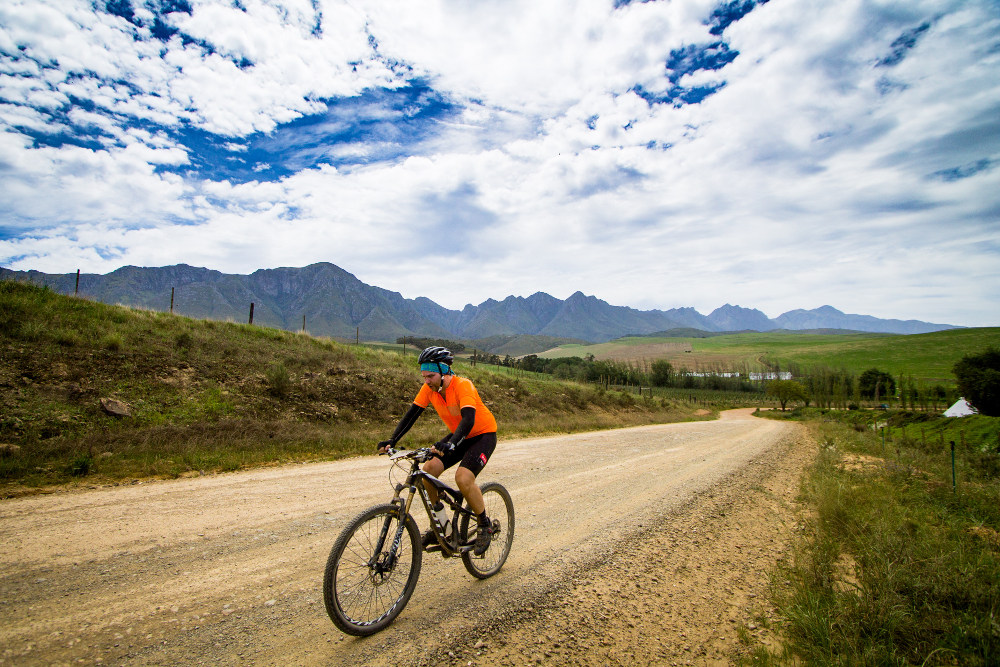 Moving the start for the Liberty TransCape MTB Encounter from Knysna to George has resulted in a slightly shorter overall distance, but has enabled route director Wayne Collett to make significant improvements.

The seven-stage mountain-bike race, powered by Volvo, takes place from February 2 to 9 and will end at La Couronne Wine Estate in Franschhoek in the Western Cape.

Previously the overall route, which started in Knysna, was over 650km. Next year’s riders will take a 591km journey through some of the most popular and scenic trails in South Africa.

Collett said the decision to start in George not only allowed the route planners to bring in a strong element of diversity to the stages, it also enabled them to incorporate some exciting new sections.

“Previously, the first three days were characterised by relatively long stages because of the overall distance you had to cover,” he said.

“But now there is no stage much longer than 100km and that means it is a little easier. Not having to do those long stages allowed us to add different elements to the routes.”

By starting in George they were able to add terrain diversity to the race by bringing the Klein Karoo back into the mix, said Collett.

“This year the Klein Karoo was not part of the route, but the new start means you are quickly introduced into three distinct sections on the opening day.

“First you have the coastal character of the George region, before going over Montagu Pass, which provides a different element altogether.

“Once you have crossed the mountain, you descend into the Karoo and that, of course, offers you something else again, with its semi-arid conditions.”

After a stretch through the Karoo, he said the diversity was extended on stage three when the riders would go from the Karoo over the Rooiberg Pass and back towards more coastal-like conditions.

“From there they will roll through various farmlands of wheat and dairy before hitting some single-track sections in the last stage as they traverse the Cape Winelands to the finish at La Couronne.

“We have really tried to capture every biome from George to Franschhoek, which includes coastal conditions, indigenous rain forest and the dry nature of the Karoo.”

With the corporate world a big target market for one of South Africa’s most luxurious events, Collett said they had designed the route to ensure nobody “had to break their back”.

However, he was quick to add that “easier” did not mean it was “easy”.

“We have tried to keep every stage to under 100km,” he said. “There are some just over that distance but, if you are well prepared, it is something everyone should be able to handle.”

He did have a warning for the cyclists, though, in terms of the weather.

“You really need to expect everything and anything in this race,” he said, “because that is what you are likely to get over the seven days.

“For example, we did some trial rides last week and from battling 40 degree heat in one section, the next day we were facing wind and driving rain, riding with thick jackets.

“So the weather can play a major part in the challenge the race presents and the riders need to be prepared for that.”

Collett added that the only technical section would come in the final stage when half the route was devoted to single-track.

“It is not so hectic that a rider might have to push for kilometres, but there are some hairpins which can test you.

“But it is really a case of perhaps hopping off you bike for 10 or 20 metres to negotiate a switchback and then you will be able to ride again.”

For more information, go to www.transcapemtb.co.za.

CAPTION: A slightly shorter overall distance of 591km has allowed the route organisers to add a diversity of terrain to next year’s Liberty TransCape MTB Encounter. The seven-stage mountain-bike race will take place from February 2 to 9, starting in George and finishing at the La Couronne Wine Estate in Franschhoek in the Western Cape. Picture: Robert Ward/Liberty TransCape MTB Encounter