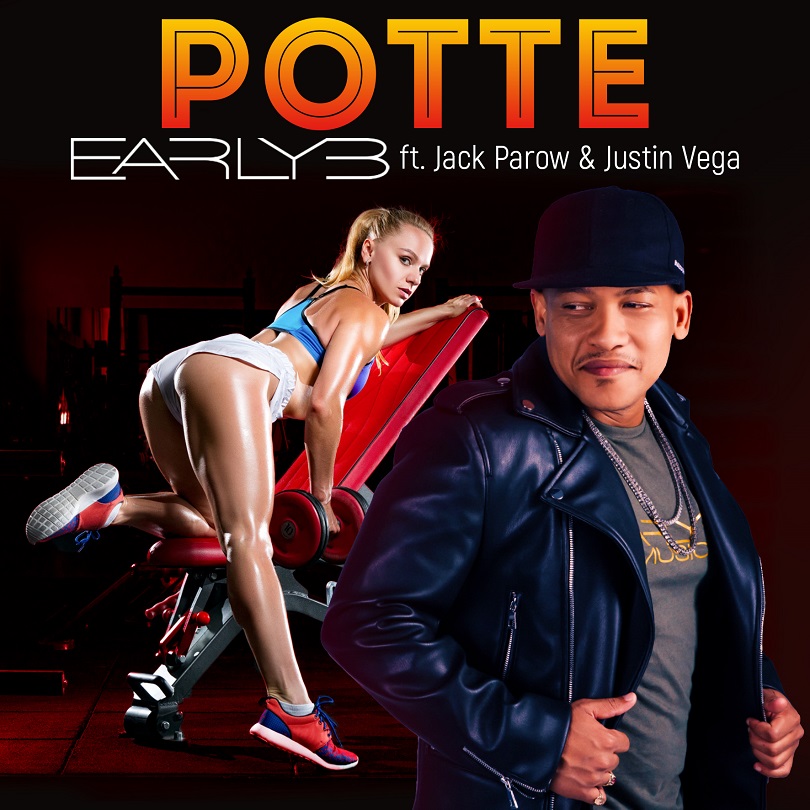 POTTE, the acclaimed Hip Hop artist from Port Elizabeth, Early B’s latest humoristic hit – featuring award-winning rap legend Jack Parow and producer Justin Vega – has already made big waves in the music industry. Now, the trio is back with a fun, tongue-in-cheek music video to celebrate the single’s success as well as the holiday season.

The video, which was filmed by director Gerhard van Rooyen in Cape Town, is basically a visualisation of the lyrics they sing about in the song. “Jack Parow, Justin Vega and I are the main characters in the video. The aim was to introduce the PE saying ‘POTTE’ and its meaning (a girl with a great body) to the public. The message is also clear that our characters are quite fond of POTTE,” shares Early B about the concept behind the video. “The video also include appearances by some beautiful models and Gerhard made the necessary adjustments to make my idea look great on screen. It was a good team effort.”

The video has already taken over social media. Watch it here:

“It is actually just a fun song. I like to imitate people and PE, when guys see a girls with a great body, they say it exactly like I sing it in the chorus: ‘Daai kind het potte, whuh’. It has become such a popular saying in the area that even children use it,” explains B. “I wanted to do something light and refreshing with the awesome beat that Justin created. Everyone needs to cut lose sometimes and have a good laugh. There are very serious songs on my new album and we needed to establish an equilibrium by adding some more upbeat tracks,” he adds.

Early B, aka Earl Swartz, is a versatile rapper known for his witty lyrics and music. The artist (29) has become a regular performer at some of the country’s biggest festivals and concerts, over the past nine years, including the KKNK. As an actor, he also made appearances in local series, such as Hotel Songololo en Kniediep in Kookwater. He is best-known for his hit, Bene Lam, for which he received a Ghoema Music Award for Best Hip Hop Song in 2017. The song also peaked at number 1 on the Hip Hop charts of various big radio stations. His most recent success story, Ben Ten, did not only feature on the charts of various big radio stations, but its hilarious music video has also had more than 500 000 views on YouTube.

Multi award-winning rapper and songwriter, Jack Parow (aka Zander Tyler), shot to fame in 2009 after releasing his debut hit single, Cooler as Ekke, which took the country’s music industry by storm.

He has had various successful albums and hits, won several coveted music awards and recently also launched his own brandy label, Parow Brandy.

Justin Vega is a DJ and music producer from the Cape, who shares his passion for music with the world by combining different beats and genres in a new and refreshing way. He is a seasoned musician and Jazz enthusiast who is equally comfortable behind the piano and drums as he is behind the mixer and computer.

POTTE, a track taken from Early B’s debut album, Aangename Kennis, which was released in August 2018, has already been very well received by the public. The album is currently available at Musica as well as on iTunes, Google Play, Joox, Spotify and Tidal.