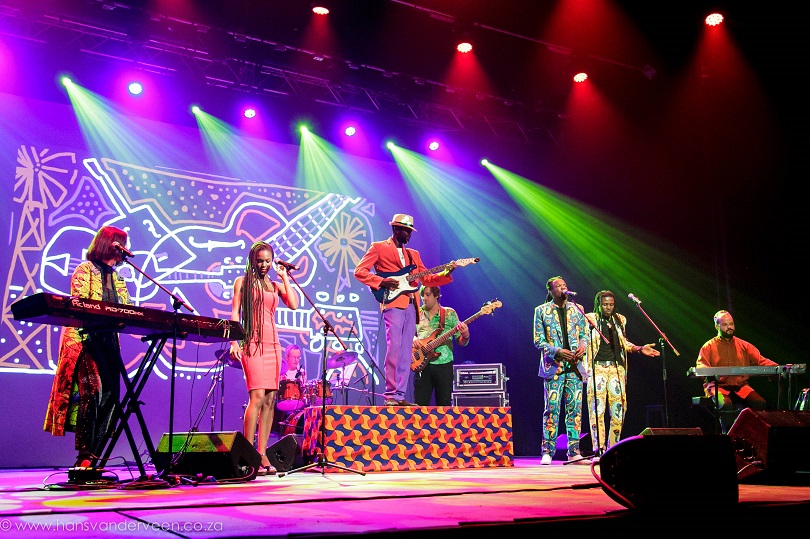 The popular world music production Afrique mon désir, performed by Laurinda Hofmeyr and the Afrique mon désir Ensemble and directed by David Kramer will be staged at the Oude Libertas Amphitheatre on Friday, December 28th. 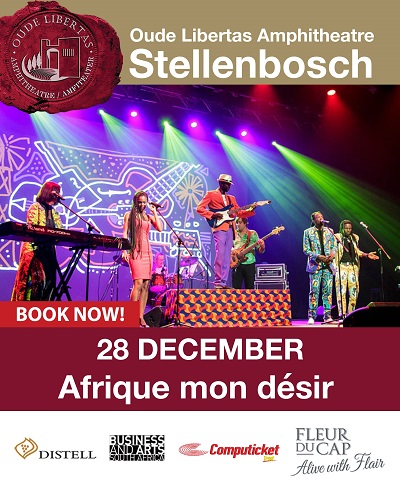 In Afrique mon desir, Hofmeyr, well known for setting poetry to music, combines exhilarating rhythms with mesmerising Francophone poetry from as far as Madagascar to Mauritania and Cameroon to Cape Town whilst exploring haunting themes of displacement and longing and a deep connection to the continent of Africa. Artist Diek Grobler’s animations brings the music to life and makes this an audio-visual feast.

Presented by the Cape Town Music Academy*, this world class production debuted earlier in the year at the US Woordfees and Klein Karoo National Arts Festival (KKNK), where it received nominations for Best Music Group and Best Music Production. Afrique mon désir has also recently been nominated for a kykNET Fiëstas Award 2019 in the category for Best Musical Theatre Production.

Vicky Davis, programme manager at Cape Town Music Academy says: “The show at the beautiful open-air Oude Libertas Amphitheatre will be the culmination of a successful year for this unique production. We had a phenomenal run at Woordfees and KKNK this year and the production also toured to France in June where it was extremely well received. What makes this show special is that it is musically and visually quite spectacular. A selection of Africa`s most renowned poetry is put to exhilarating world music rhythms and energetic dance routines and performed by an ensemble of some of SA`s most talented musicians and West African singers. With the combined forces of David Kramer as director, Schalk Joubert as musical director and the mesmerising compositions of the very talented Laurinda Hofmeyr, you cannot expect anything less than something extraordinary.”

An album with the same title was released in May 2018. It was picked up for international distribution by the French music label, In Ouïe. Physical copies of the album will be available at the show and can also be ordered via Laurinda Hofmeyr`s website: http://laurindahofmeyr.co.za/winkel/

Don’t miss out on this fantastic show! “It’s the rhythms that underline the words, the coming together of musicians who embrace the other’s beat and poetry that speaks from the heart and soul of the continent. It’s Africa my desire.” Journalist Diane de Beer.

*The Cape Town Music Academy (CTMA) is a not for profit company (NPC) that seeks to create opportunities for local, established and emerging musicians and related artists in the Western Cape. The objective of the CTMA is to conduct a public benefit activity which creates programmes and projects for the promotion of the work of local musicians, and the development of career opportunities in the South African music industry.