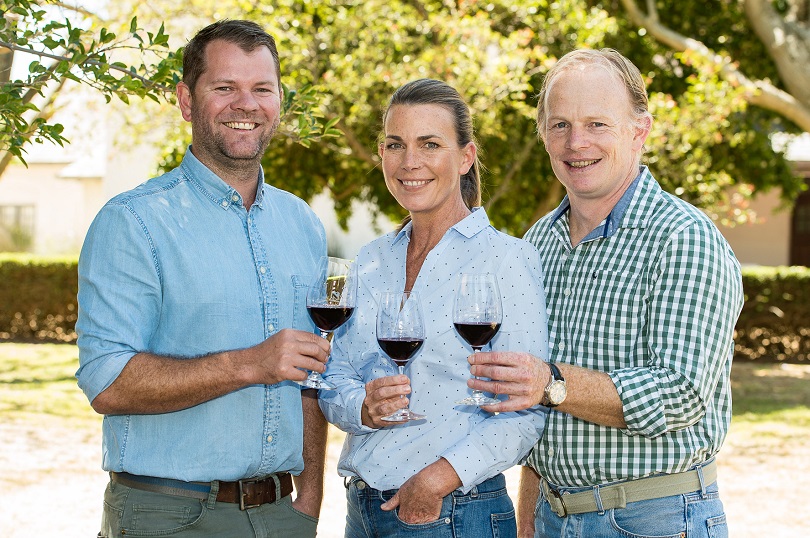 The prestigious Cape Winemakers Guild has two new members with the induction of JD Pretorius and Samantha O’Keefe into this respected league of masters in the art of winemaking.

Both accomplished winemakers in their own right, Pretorius has enjoyed a successful career at Steenberg Vineyards spanning 10 years, whilst O’Keefe is owner/winemaker of Lismore Estate Vineyards in Greyton. She is the 6th woman to be inducted into the Guild and brings the current membership of women to three, alongside Rianie Strydom and Andrea Mullineux.

A pioneer to the core, O’Keefe founded her own wine enterprise in Greyton in 2003 and is responsible for establishing this new cool-climate region, previously unknown to grape growing, as a recognised wine appellation. Her wines are highly regarded across the globe and acclaimed by international commentators the likes of Jancis Robinson, Neal Martin and Tim Atkin with consistently high ratings across her entire wine range reaching top scores of 97/100. For the last 5 years her wines have been on many “Wines of the Year” lists both internationally and within South Africa and have been featured in leading international publications such as Decanter and Robert Parker’s Wine Advocate. With a BA degree in Political Science from the University of California at Berkeley, and extensive experience in business, marketing, and the television industry while working in Los Angeles, O’Keefe brings a diverse skill set to the Guild.

Pretorius, who joins Warwick in Stellenbosch as cellar master after completing his last harvest at Steenberg in May 2019, has had a phenomenal year. In addition to his second Platter’s 5-Star wine, he bagged the Museum Class Sauvignon Blanc Trophy at the Old Mutual Trophy Wine Show, and boasts a 94/100 rating from Tim Atkin for the 5th consecutive year for Steenberg’s Flagship Magna Carta, among his slew of awards. In 2014 Pretorius won the coveted title of Diner’s Club Young Winemaker of the Year for his Steenberg Merlot. In addition to producing world class wines, Pretorius is very involved in the wine industry and has represented the sector on numerous platforms locally and abroad.

Membership of the Guild is by invitation only and is extended to winemakers who have been responsible for the production of outstanding wines for a minimum of five years, and who continue to do so.

Established in 1982, the Cape Winemakers Guild now comprises 48 of the country’s most respected winemakers with the single minded vision to elevate the standing of the South African wine industry through their ongoing commitment to transformation and the production of world-class, quality wines. Membership consists of 44 producing members who are eligible to submit wines exclusively for the annual Nedbank Cape Winemakers Guild Auction. Any Guild member may become a non-producing member once they stop making their own wine.