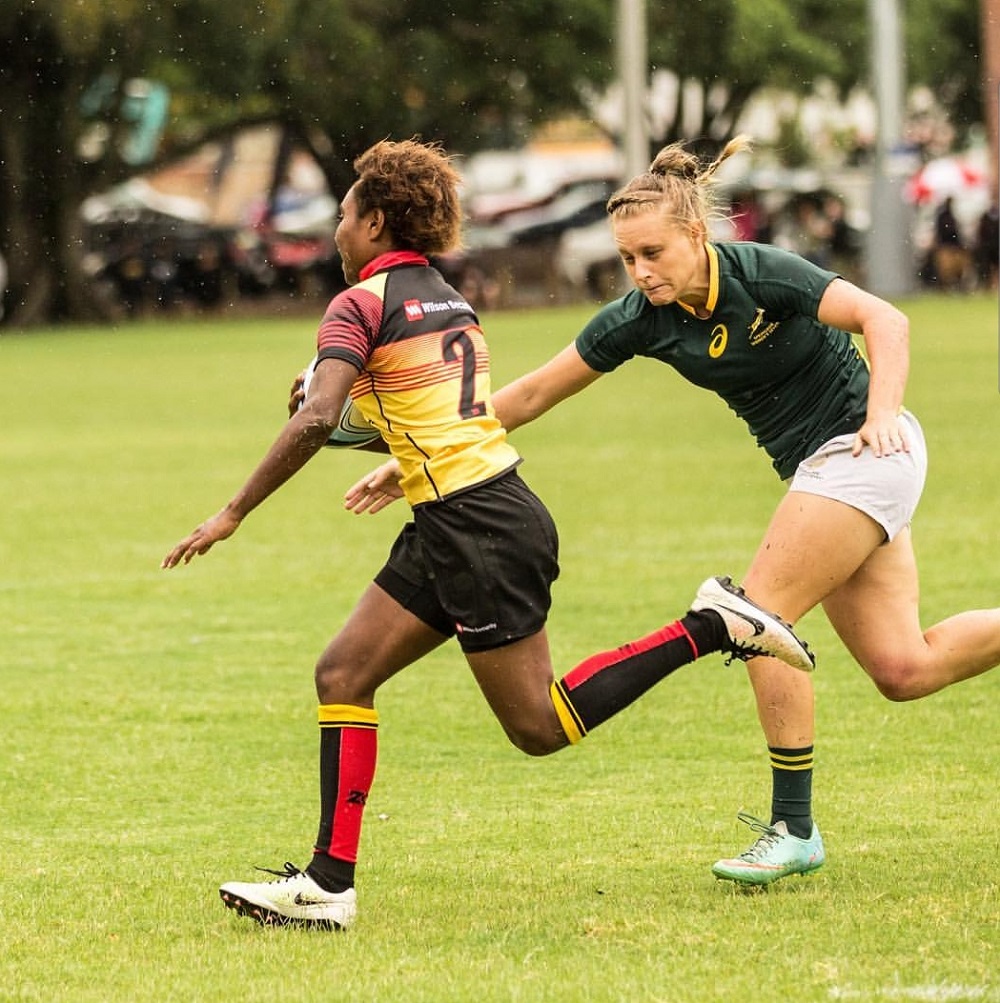 Madibaz sevens rugby star Eloise Webb is ready to take her career to the next level after being awarded a Springbok contract last month for the first time.

The 22-year-old Nelson Mandela University education student, who lives in Summerstrand, Port Elizabeth, is set to finish her course this year and is relishing the opportunity of playing rugby fulltime.

Webb made her national debut in 2016 and said “it means the world to me to be given a contract”.

“I really want to play sport for a living while I’m still young enough,” she said. “So this is a huge opportunity for me to do that.

“It was quite a surprise as I always felt there were up-and-coming players who had worked just as hard for a contract and their chances would be better.

“But our coach [Paul Delport] did one-on-ones where he spoke to each and every player about the contracts and what is expected of us.”

Her contract is for two years and Webb, who grew up in Gonubie, East London, said it was a relief to able to focus on “just playing rugby”.

She added that there were many lessons for the national squad this year, with the most important being that the team needed to stick together when the going got tough.

“If we can do that, we will still make it through to the other side,” said Webb.

“This year was a very tough year for us as we didn’t perform in the World Cup or Commonwealth Games. But as a team we were able to pick ourselves up and did much better in the Dubai tournament.”

She was a member of a new-look national squad which introduced six uncapped players at the Emirates Airlines Dubai Sevens, where the SA team finished with the silver medal.

“We knew it was going to be tough for us, but we decided that no matter the challenges we faced we would stick together and make sure we played for each other.

“And it turned out that we made the final, beating the [invitational] Tribe 7s team [22-12] and then overcoming one of three Japanese teams at the tournament in the semifinals [40-5].

Although they lost 31-7 to the Japanese national team in the final, Webb said it was a great learning experience for the young squad.

CAPTION: Madibaz rugby star Eloise Webb has been awarded a contract with the national sevens team for the next two years. Picture: Supplied