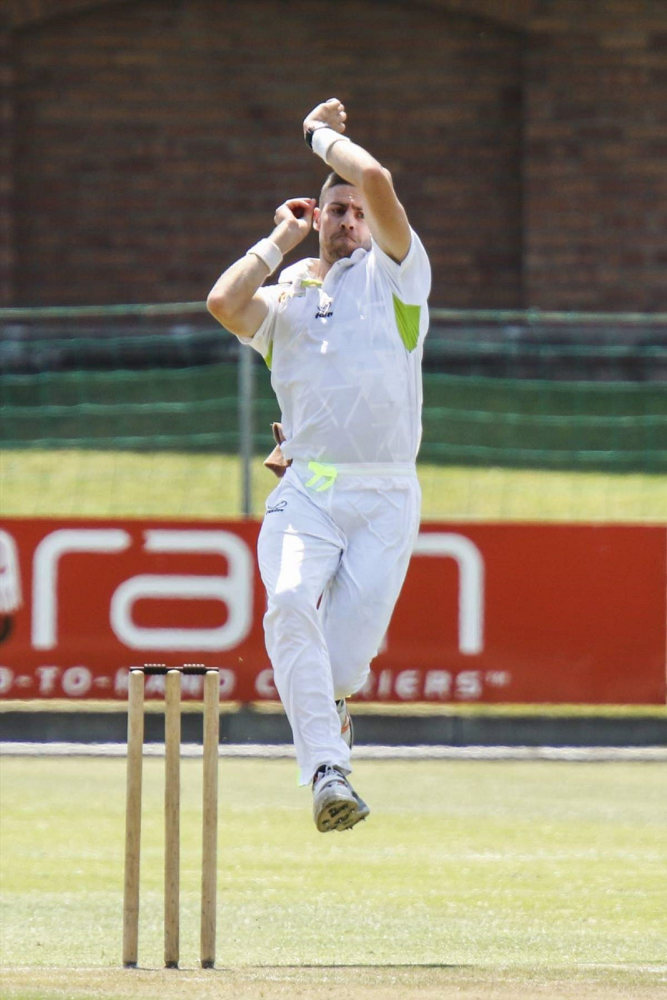 Former Madibaz cricketer Anrich Nortje, who is fast emerging as one of South Africa’s brightest bowling prospects, says a broader approach to life has helped him hugely during his cricket career.

The 25-year-old paceman has been forced to undergo a number of rehabilitation periods, but the hard work he has put in and the support he has received from a number of role players at Nelson Mandela University have seen him reap rich rewards.

This has come in the form of a contract with Kolkata Knight Riders to play in the Indian Premier League later this year, a much sought-after deal among modern-day cricketers.

Nortje has worked his way steadily through the ranks and caught the eye with a number of influential performances in the inaugural Mzansi Super League late last year.

An ankle injury derailed his participation in the Twenty20 competition, but his experiences at Mandela University where he had some injury problems have toughened him mentally for these sorts of challenges.

“I learnt to work hard towards certain goals during my time with Madibaz.”

He said gaining a degree – he has a B.Comm in financial planning and a postgraduate diploma – was essential to his long-term development as a cricketer.

“When I first went to varsity I just wanted to play cricket,” said Nortje, who was schooled at Handhaaf Primary and Die Hoërskool Brandwag in Uitenhage.

“But after the first injury I started shifting my mindset to focus on my studies. I believe that is something that every cricketer needs.

“You can’t focus only on sport and hope it works out. Even if you have a decent career there is still an after-sport career that you’ll need to pursue and to have something to fall back on is very important.”

He said having his academic career to focus on when he was injured helped him get through the frustrations of rehabilitation.

“I put all my focus on my studies and almost tried not to think about the rehab too much. I still did what needed to be done, but it wasn’t my main focus. That helped me get through two long-term injuries.”

He recalls his playing days at Madibaz with fondness, saying he always looked forward to the chance to work on certain skills with the university coaches.

“Our main focus was to improve and to try certain things in a game that we had been practising. Especially when we were on top of another team we tried to execute some of our skills as bowlers even if it wasn’t necessary, just to see where you were.”

Nortje, who lives in Humewood in Port Elizabeth, said he had always worked on his fitness, even at a school level, where he was guided by biokineticist Runeshan Moodley, who was then at Muir College and later worked at Madibaz Sport.

“When I got to varsity Francois Holder was the trainer who really pushed us and it was something all of us needed.

“As youngsters, you just want to push on every day and he helped with finding the right balance between the cricket and feet-up time.

“Baakier Abrahams was our coach at the time and he also played a big role in pushing all of the players to go to the next level.

“It was great to have someone who wanted the players to play at senior provincial level and franchise level. It made life easier to have your coach fighting the fight with you!”

After breaking a collarbone playing rugby in Grade 11, Nortje felt it was time to focus on cricket.

“When I started playing provincial cricket at U15 and U18 level I knew it was the sport I had to work hard on. After breaking my collarbone in rugby, all the focus was on cricket.”

About to embark on his latest adventure, Nortje is champing at the bit for the league which starts on March 23.

“IPL is definitely one of my dreams come true,” he said. “I really can’t wait to get out onto the field to represent the Kolkata Knight Riders.

“It’s a great opportunity to showcase your skills and to show the world what you can do. I still remember playing indoor cricket and watching IPL on the big screen and now I really can’t wait for my chance.”

He said his recovery from the ankle injury was going well and he hoped to make a comeback at the start of February for the Warriors, when the national one-day competition gets under way.

CAPTION: Former Madibaz cricketer Anrich Nortje has been rewarded with his rise in the game to earn a contract in the Indian Premier League, which starts on March 23. Picture: Supplied