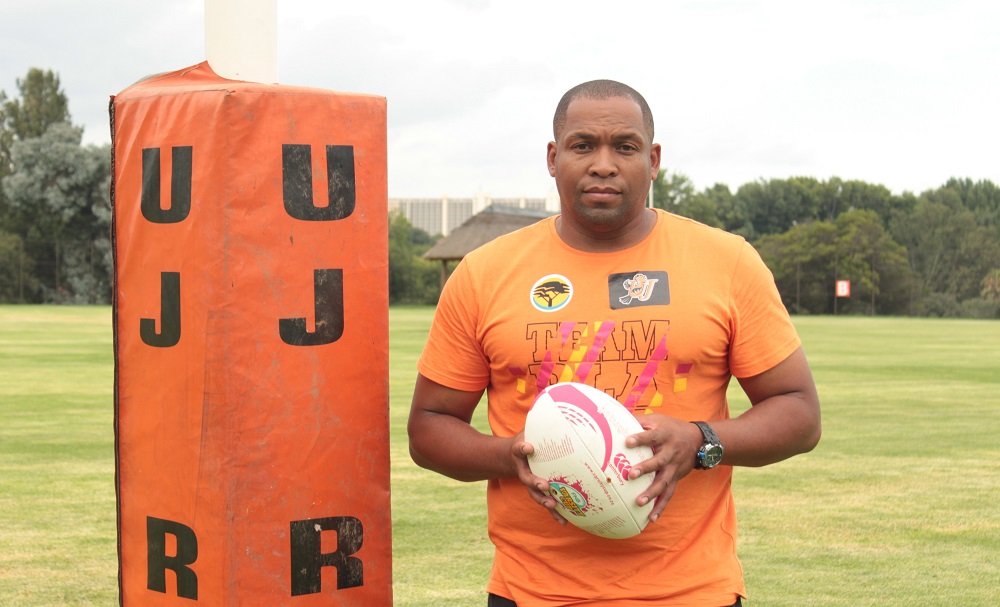 Dewey Swartbooi is ready to continue a strong rugby legacy at the University of Johannesburg after being appointed as the Varsity Cup team’s head coach for 2019.

The former Boland and Bulls centre takes over from Werner Janse van Rensburg, who enjoyed considerable success in his time as the Varsity Cup mentor from 2013.

The 36-year-old Swartbooi, who lives in Centurion near Pretoria, paid tribute to his predecessor’s efforts with UJ and said he wanted to maintain the varsity’s strong rugby culture.

“There is definitely a big challenge ahead of us all, but I just want the team to continue to play good rugby,” he said.

“As I mentioned to one of the guys, Skollie [Janse van Rensburg] has done a great job in the last few years and you have to give him credit.

“I want to build on the legacy he has left and I also want to create my own legacy and work hard to take the team forward.”

Swartbooi comes to UJ after being involved in the Bulls junior structures for the last three years, including coaching the Pretoria University team which competed in the Young Guns varsity tournament.

“This is a new chapter in my life and I am definitely looking forward to the challenge ahead.

“It will be a building process and it will be a learning curve, both for me and the players. But we will definitely be focused on seeing how much we can achieve in the Varsity Cup.”

Having grown up in the rugby-mad region of Worcester in Boland, he added that his philosophy was to play an exciting brand of the game.

“I definitely aim for a ball-in-hand type of style,” said Swartbooi. “We want to have an approach of throwing it around and making it entertaining for the fans.

“But we also know that winning is important so we won’t be reckless in the way we approach each game.”

He felt he would not have any problems implementing his strategy, due to the type of rugby UJ played.

“These boys are already in that mode and I want to continue with that. Perhaps we will tweak it here and there.”

The new mentor has warned the players that there will be no preferential treatment.

“I have told the boys that everyone will have an equal opportunity – we will start on a clean slate,” said Swartbooi.

“There are a couple of them who played Varsity Cup last year, but everybody will be handled equally and given a fair chance.

“They will need to put up their hands in the warm-up games in the next few weeks and we will take it from there.”

The squad resumed their training early this month and their first match is against last year’s losing finalists, NWU-Pukke, in Johannesburg on February 4.

CAPTION: Former provincial player Dewey Swartbooi has taken over as head coach of the University of Johannesburg rugby team to play in the Varsity Cup this year. Picture: Martin Hlongwane