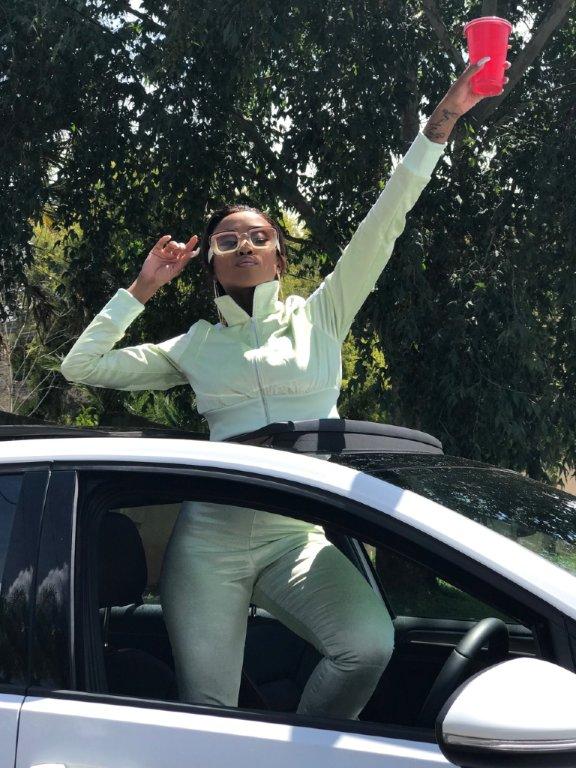 Brian Joss – December in South Africa typically sees a culture of ‘the party doesn’t stop’, #MonatiHaoFeli, until it does, #MonatiWaFela.

This month, as South Africans are making their new year’s resolutions, Volkswagen in partnership with Drive Dry, a Diageo* South Africa initiative, seek to make a positive change when it comes to drinking and driving by urging people to pledge to #VWDriveDry in 2019 in order to make the party stop before their life does.

The #MonatiWaFela campaign which started in December 2018, saw popular hip-hop artist Nomuzi Mabena who goes by the stage name Moozlie, posting images on her social media pages which were indicative of drinking and driving. She was seen getting behind the wheel shortly after partying, making stops at a popular fast food outlet at 2am with a red beer cup, sharing her secrets on avoiding metro police, and blatantly drinking what appears to be gin, all whilst behind the driver’s wheel. Her holiday culminates in a heart-stopping live Instagram video, whilst Moozlie is talking about her dreams for 2019. Within seconds there is a sudden screech and crash and the audience realises that she has been in a car accident. For 12 hours after the accident is shared across social media, fans speculated and contemplated the reality of what they had just witnessed.

After an agonising day of her fans imagining the pain she and her family must be going through and reflecting on their own beliefs and behaviours, Volkswagen, Moozlie and Drive Dry released a video which revealed the truth about the accident. The crash and all subsequent posts leading up to it were staged in order to drive a powerful message home.

“We wanted to showcase the journey and the consequences that can occur when drinking and driving is condoned. It is time for us as South Africans to take a pledge and make the change to ensure safer roads,” said Nomuzi ‘Moozlie’ Mabena.

”By tapping into the insights of social media behaviour, we wanted to create an introspective campaign, where South Africans could reflect on condoning drinking and driving. The seemingly harmless behaviour at the time can have detrimental effects on road users around you and your loved-ones that you leave behind,” commented Andile Dlamini, Head of VWSA Group Communications.

There have been close to 14 000 road fatalities in South Africa every year, for the last three years. Drinking and driving, according to the World Health Organisation (WHO), has caused 58% of those fatalities. “With these kinds of statistics, our mandate is even more pertinent than ever. Our goal is to contribute to the WHO target of reducing harmful drinking by 10% by 2025. If one person decides to make a change in their behaviour, that one change could be one less fatality on our roads, and every life counts,” said Lebogang Mashigo, Alcohol in Society Manager at Diageo SA.

Take the pledge and make the change to Drive Dry in 2019. Share your pledge by hashtagging #VWDriveDry on social media.