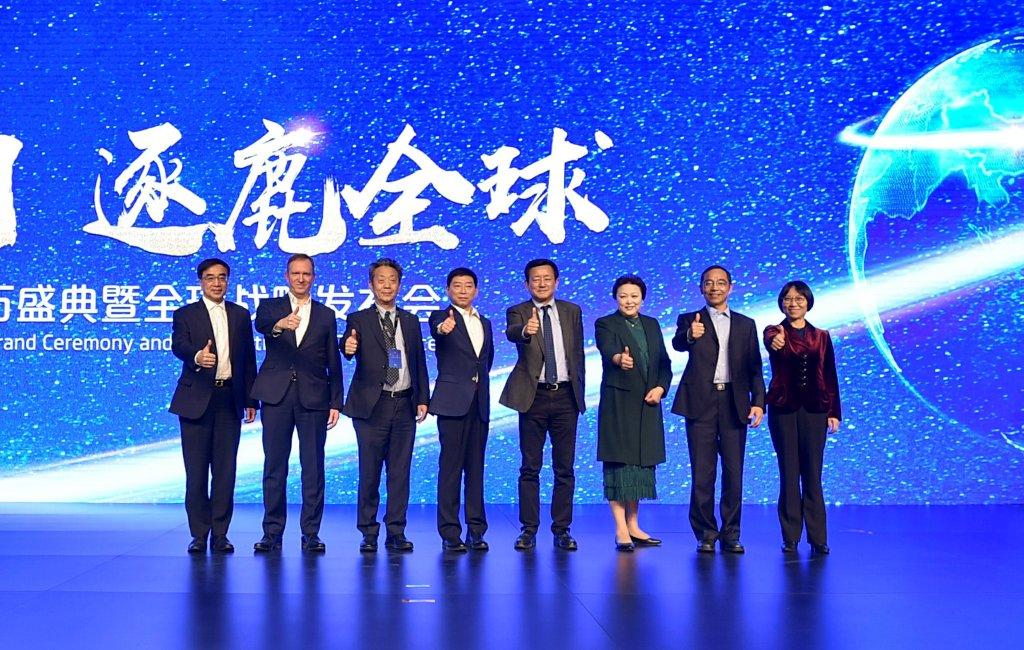 Brian Joss – With the theme of “Leading in China, Aiming for the world”, the Haval Global 5-million-sales celebration ceremony and global strategic conference was held at the Haval R&D Center in Baoding.

By the end of 2018 the accumulated global sales of the Haval SUV exceeded 5 million units, and in doing so the maker became the first professional SUV brand in China to enter the 5 Million Club. For nine years in a row the SUV has topped the rankings of sales in China. The best seller, the Haval H6 has created a new legacy as the sales champion 67 consecutive months in the SUV market. The sales volume of the newly launched F5 and F7 models of the F-series have exceeded 10 000 in December 2018 alone, the car maker said.

Founder of the Haval brand, Wei Jianjun, said at the ceremony: “The globalisation of Chinese brands is an inevitable trend. In future development, we must aspire to become truly global by creating products with global competitiveness, by building a globally influential brand and to become the global SUV leader. At the ceremony, Wei Jianjun officially released the Haval “521” Globalisation Strategy, which, is to realise the annual sales volume of 2 million vehicles within five  years and to become the global No.1 professional SUV brand.”

Wei Jianjun referred to the creation of a blueprint for  future technology research and development, intelligent network, and alternative energy development.

Haval has established eight R&D centers around the world, including smart drive, intelligent network, alternative energy and modeling. The continuous improvement of the global R&D layout provides leading technical support for the company to create products with global competitiveness. At the same time, it has also established a new technology incubation laboratory in Silicon Valley to carry out research and development of cutting-edge technologies in cooperation with international technology giants. In the next five years, the total investment in global R&D by Haval will exceed $US

5 billion, , which will continuously consolidate the technical strength and deepen the R&D of leading technologies within the brand.

By 2023, Haval plans to launch 20 global products containing leading technologies of the four new modernization technologies mentioned above and the ratio of new energy models will exceed 60% versus traditional propulsion. At the same time the H6 and F7, as the flagship models of the range will aim to be among the world’s top 10 SUVs. Among the new energy models, Haval  Series-Parallel High-pressure HEV products will be in mass production by 2021. In 2022, the HAVAL hydrogen-powered SUV will make its debut at the Beijing Winter Olympics to show China’s commitment to alternative propulsion and its brand strength to the world.

When summarising that the milestone of the 5-million-sales of Haval was largely dependent on its focused strategy, president of GWM, Wang Fengying said that concentration is a kind of spirit and a kind of awe for the industry. Focus is to remain steadfast, to resist distraction and to pursue your goals with a relentless discipline. Great Wall has always been an auto manufacturer with the commitment of making the best automobiles in China wholeheartedly. Industry  and economic experts at the ceremony spoke highly of the company’s 5-million-sales achievement. Dong Yang, Vice President of China Association of Automobile Manufacturers, said the  5-million-sales landmark stands testimony to Haval’s unique manufacturing system, procurement system and service system. It has created a development model with Chinese characteristics. As an outstanding representative of Chinese brands, Haval  has a promising future. Renowned economist, Fan Gang, said Haval’s next 5-million-sales will be realized at a faster speed.

The 5-million-sales come from the trust of 5 million car owners worldwide.

Present at the event, Aleksandr Zholobov, a car owner from Russia, shared the experience of driving a HAVAL H9 across 14 countries in Asia and Europe and presented the travel-inspired artwork drawn by his son to Haval to express his trust and support.