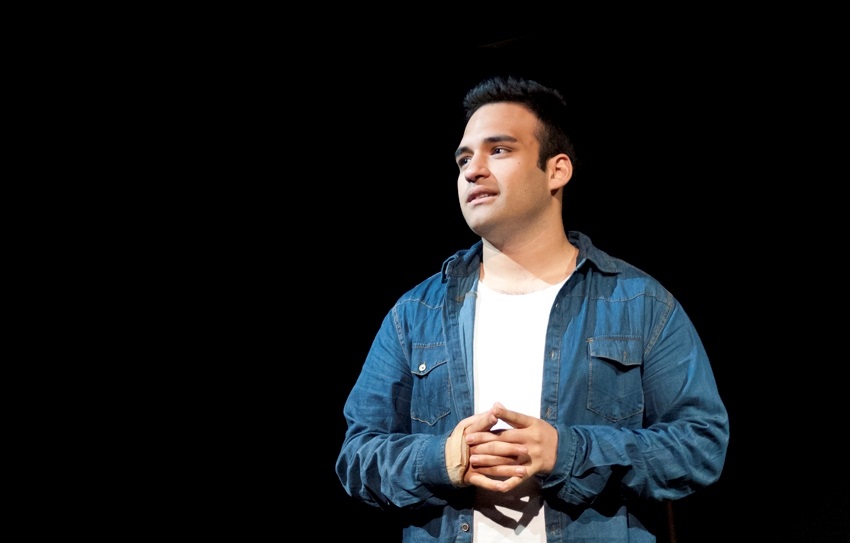 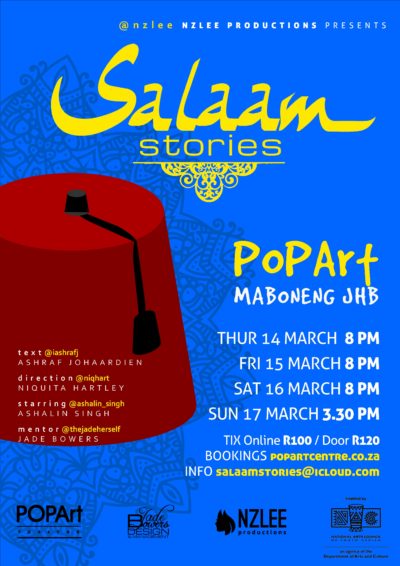 The production is supported by the National Arts Council of South Africa under the direction of newcomer Niquita Hartley mentored by of Standard Bank Young Artist alumna and Naledi Award-winner Jade Bowers, both from the Cape.

Set against the historical backdrop of the Cape slave trade and the Malay diaspora in South Africa, Johaardien’s award-winning play has been performed in London, New York, Amsterdam and all over South Africa.

According to Nigel Vermaas, “SALAAM STORIES is no religious tract; it’s a carefully constructed cultural entertainment. Although Johaardien is serious about Muslim issues, there are lots of laughs; most of them gentle … some treading into the territory of Kaapse vaudeville.”

Through artful storytelling, the playwright focuses themes of identity, history and group belonging through an intimately personal lens taking audiences on a journey across the Cape Flats to Robben Island – and then to and from Bombay – back in time, to the 17th century, when the Dutch were at war with the Portuguese. Moving fluidly through multiple timeframes, a colourful community of characters is conjured to life from the recesses of memory, history and imagination. 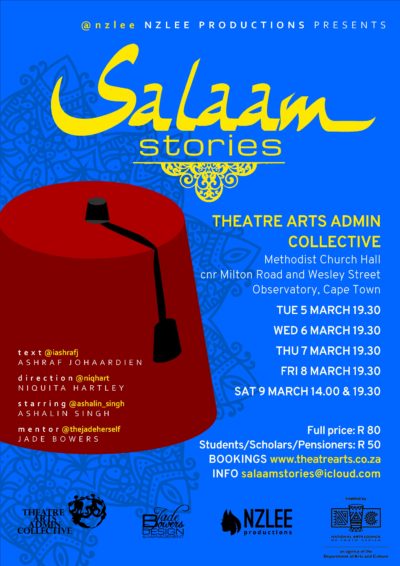 “There have been several incarnations of SALAAM STORIES internationally but it is significant that nobody else has ever been granted the rights to direct, produce or perform this particular version,” comments Standard Bank Award alumna Jade Bowers who previously directed the play. “That’s because the solo version of the play has, up to now, only really existed in relation to Ashraf’s own identity as a creative and cultural being.”

Ashalin Singh graduated from Wits University in 2011 as an actor, writer and director. He has performed in a number of stage and television productions, most notably, the dramatic series MISHIKA SHIKA, John Kani’s production of OTHELLO, Reza De Wet’s DIEPE GROND and SCORCHED by Wajdi Mouhad.

Niquita Hartley made her debut as a performer at the age of 13 in THE GUITAR THAT ROCKED THE WORLD by Themi Venturas. She also performed in the original production of SALAAM STORIES at Spier and in subsequent productions of the play at the Baxter Theatre and the University of the Western Cape and at the Cape Town Book Fair. The 2019 revival of the play marks her debut as a director.
SALAAM STORIES opens at St Martins in Johannesburg for 2 performances on 27 and 28 February followed by a run at Theatre Arts Admin Collective in Observatory, Cape Town from 4 to March and then returns to POPArt Theatre in Maboneng Johannesburg from 14 to 17 March. For bookings and any other enquiries e-mail salaamstories@icloud.com.