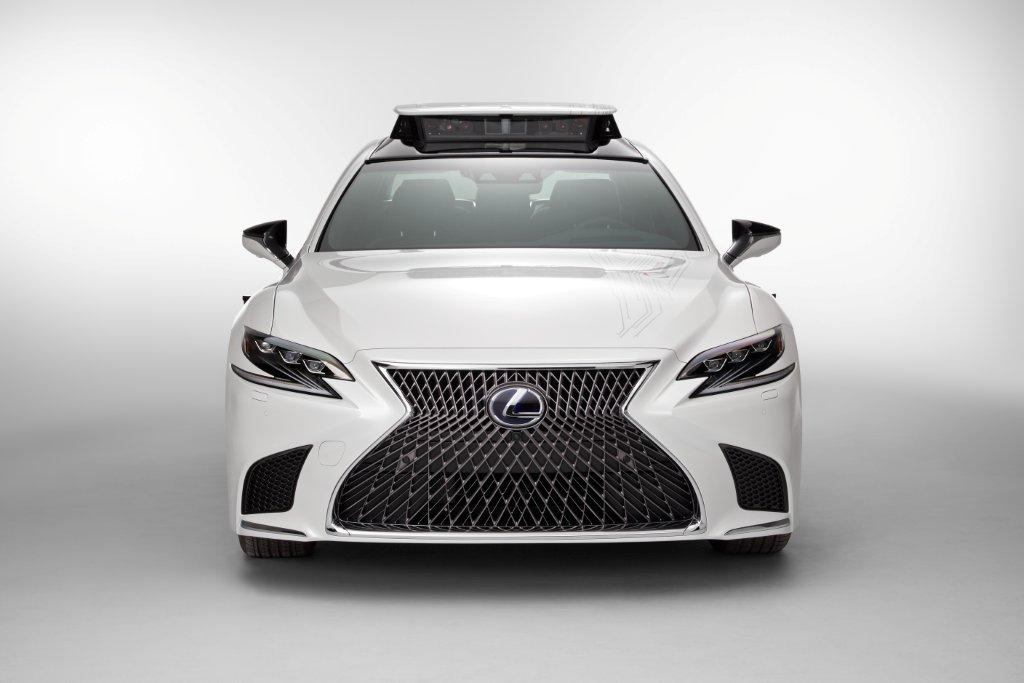 The P4 is based on the new, fifth generation Lexus LS flagship sedan and will be used by TRI in the development of its twin-track Guardian and Chauffeur automated driving systems.

“Our Chauffeur development is focused on full autonomy, where the human is essentially removed from the driving equation, either completely in all environments, or within a restricted driving domain.

“On the other hand, Guardian is being designed to amplify human performance behind the wheel, not replace it. The introduction of the new P4 platform this year will help us accelerate the development of both tracks.”

The P4 benefits from Lexus’ new generation of chassis and steering control technology, which provides greater agility and allows for more responsive and smooth manoeuvres during automated driving. It makes use of two additional cameras to improve situational awareness to either side. There are also two new imaging sensors – one facing forward and one pointed to the rear – specifically designed for use on automated vehicles and featuring new chip technology with high dynamic range. The radar system has been optimised to improve the field of vision, especially for close range detection around the vehicle perimeter. The LIDAR sensing system with eight scanning heads has been carried over from the previous test model, Platform 3.0, has been integrated into the new vehicle design.

P4 is a much smarter research vehicle than its predecessor. With greater computing power, its systems can operate more machine learning algorithms in parallel for more rapid learning. It can process sensor inputs faster and react more quickly to the surrounding environment. All computing system power is drawn from the vehicle’s hybrid battery, with the 12v battery now serving only as a back-up resource.

The brain of the automated driving system is a computing box unit in the boot. This has been re-thought and located vertically against the rear seat transom so that the full floor of the boot is free for cargo.

“We took a holistic approach to integrating autonomous componentry into the design of the new LS and the result is a fluid surface, embracing advanced technology, loosely inspired by science fiction in the graphic separations between form and function,” said Scott Ridler, Senior Lead Designer at CALTY Design Research.

The Toyota Motor North America (TMNA) Research and Development Center in York, Michigan, will begin fabricating P4 vehicles from stock LS vehicles this later this year. The P4 was also part of the Lexus exhibit at the North American International Auto Show in Detroit earlier this week.