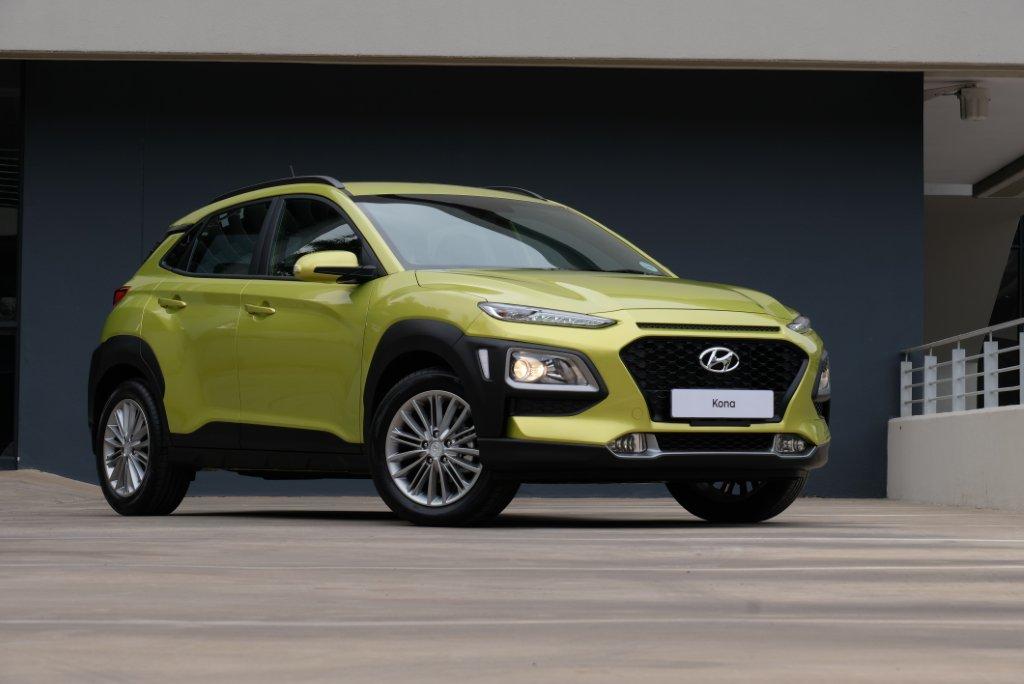 This is the first time that a Hyundai Crossover Utility Vehicle model has won the Utility Vehicle of the Year category. The winner of the CUV category is announced every year at the North American International Auto Show in Detroit.

The 2019 North American Utility Vehicle of the Year jury is made up of an independent panel of top journalists and analysts based in the United States and Canada. Since 1994, the organization has recognized top cars, trucks, and utility vehicles. This year’s jury of 54 media outlets includes journalists from newspapers, magazines, radio and TV broadcast channels, digital columnists and freelance media.

In South Africa, the Hyundai Kona is a finalist for the South African Guild of Motoring Journalists and Autotrader’s 2019 Car of the Year prize, which will be awarded in April this year.

Apart from the 2019 North American Utility Vehicle of the Year award, the Hyundai Kona has also achieved international recognition during the past year by winning an iF Design Award in the Automobiles/Vehicles category. The award recognised the elegant and expressive appearance of Hyundai Motor’s first subcompact SUV.

The iF Design Award is an arbiter of quality and one of the most important design awards. Since 1953 the iF, which stands for international Forum, has singled out worldwide products in all branches of industry for awards in recognition of their outstanding design. Hyundai Motor also won the iF Design Award in 2015 for the i20, in 2016 for the Tuscon and in 2017 for the new-generation i30 – all after undergoing a rigorous testing cycle adopted by iF to keep the quality of the award as high as possible.

Earlier in 2018 the Hyundai Kona also received a Red Dot Design Award – one of the most renowned international design and innovation prizes. The Kona, which was recognised for outstanding design and innovation, was awarded together with Hyundai’s NEXO Fuel Cell vehicle in the Cars and Motorcycles category.

Last year the Kona was also among three models for which Hyundai Motor’s design talent was recognized by the judges for the 2018 International Design Excellence Awards (IDEA), one of the world’s three grand international design prizes. The Kona, together with Hyundai’s Santa Fe SUV and the NEXO fuel-cell SUV, received silver awards in the automotive and transportation category.

The three silver IDEA Design awards are the most prestigious global design prizes won in Hyundai’s history for the automotive and transportation category. In 2016, the Elantra received a bronze award.

Athenaeum: Museum of Architecture and Design and the European Centre for Architecture Art Design and Urban Studies. Other awards won by the Hyundai Kona over the past year include: the Sub-Compact Sport Utility Vehicle of Texas at the 2018 Texas Auto Writers Association (TAWA) Annual Texas Truck Rodeo. The two-day test drive evaluation program comprised 69 journalists and 59 vehicles that competed in 18 categories for all types of trucks, SUVs and CUVs and  the ABC award for “Best Car of the Year 2019” in Spain.

The Hyundai Kona, launched here last year, is available in two derivatives with different engines and gearboxes. The Kona 1.0 T-GDI Executive (manual) has a price tag of R379 900, while its sibling, the Kona 2.0 NU Executive (automatic), comes with a price ticket of R399 900.

Both models are front-wheel driven. The 1-litre turbo-engine delivers its power via a 6-speed manual gearbox, while the 2-litre naturally aspirated version uses a six-speed automatic gearbox with the option of manual shift.

CAPTION: Electrifying:  Another award for the Kona. Picture: Quickpic