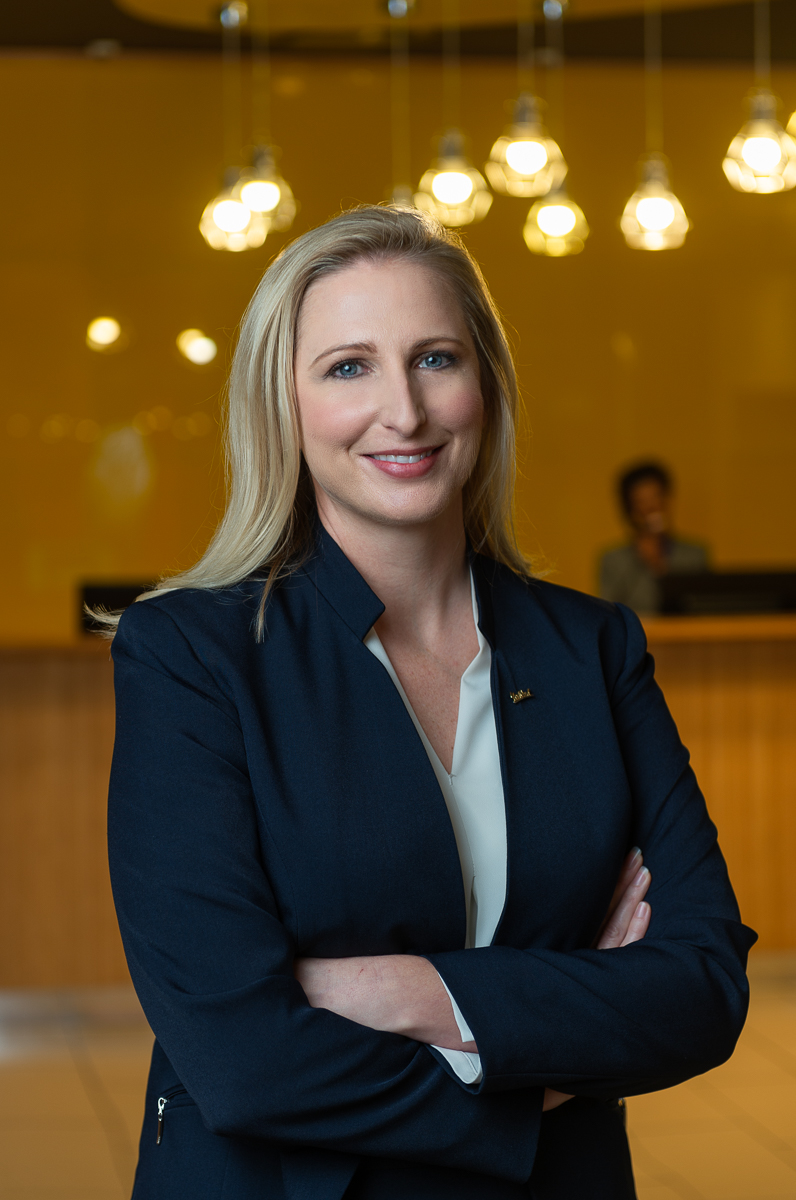 Carly de Jong is the General Manager (GM) of Park Inn by Radisson Cape Town Newlands, a position she was appointed to in August 2018. Having cut her teeth on global hotel brands, Carly remains one of the only female Radisson Hotel General Managers in South Africa.

Carly leads with humility, and is rigorous in her mentorship of both Deaf and hearing staff. “Both hearing staff and guests have benefited from our Deaf crew members who patiently teach sign language to anyone who wants to learn,” she comments.

After studying PR and business communication at Damelin College, Carly moved to London where she worked at the front desk of a corporate hotel in 1999. A series of promotions followed until Carly finally chose to return to South Africa, where she joined the Best Western in Zonnebloem, Cape Town.

Returning to Radisson Blu Hotel Waterfront in 2014, Carly found that the company had progressed greatly in its efforts to support and advance female employees. “More than half of the executive team at the Radisson Blu Hotel Waterfront was female by then,” she explains. “The Radisson Hotel Group embraces gender equality and diversity and supports these through numerous activities and initiatives.”

One such initiative is the System to Enhance Productivity and Service (STEPS) program, which involves workshops aimed at supporting female employees to build new skills and awareness of their talents, passions and capabilities, as well as emphasising growth paths, opportunities, the work/life balance, career management and impactful communication. In South Africa, women make up a mere 44% of the skilled workforce including managers, and so programs like this indicate Radisson Hotel Group’s wholehearted commitment to women’s empowerment. A STEPS graduate herself, Carly adds: “I think there’s huge value in giving women clear career guidance to enable them to envision their career path.”

Carly takes great pride in seeing women she employed climb the ranks in the hotel industry. As the GM of Park Inn by Radisson Cape Town Newlands, her goal is to help other hotel employees achieve their career goals as she continues to grow in her position.