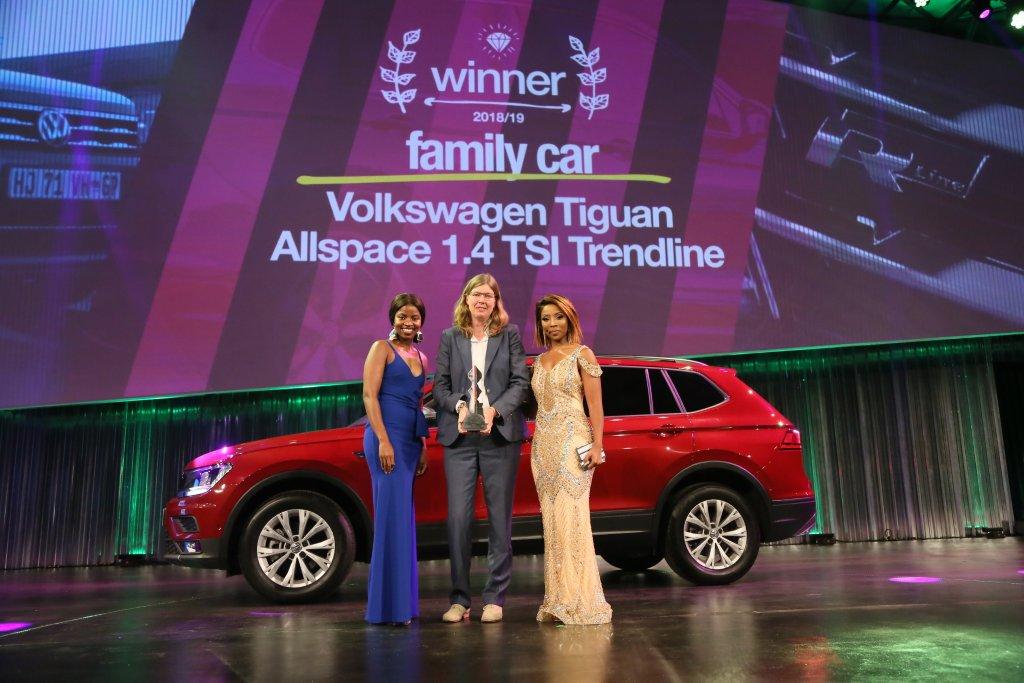 The brand’s first win came in the Compact Category which was won by the locally-manufactured Polo.

Volkswagen’s third award came in the Business Class category which was won by the Volkswagen Arteon 2.0TSI 4Motion R-Line.

The Volkswagen Amarok defended its Leisure Double Cab category win from the 2017/18 awards, giving Volkswagen the final win of the night.

”We are honoured and proud of Volkswagen’s recognition at this years’ awards ceremony. It was exciting to see the sixth generation and best-selling Polo, which was only launched in the market last year, winning such a coveted award. The Tiguan Allspace and Arteon are also relatively new in the local market, having only been introduced in the first half of 2018 and to see them winning such highly contested categories is something we are proud of as a brand,” said Mike Glendinning, Director: Sales and Marketing at Volkswagen Group South Africa.

”Another highlight from this year’s awards was the Amarok V6 winning the Leisure Double Cab category for the second time in a row, a truly impressive feat in such a tough category,” added Glendinning.

The Volkswagen brand has had the most category wins (10) in the history of the Cars.co.za Consumer Awards, sponsored by WesBank,  ahead of Mercedes-Benz (six) and Suzuki (five).