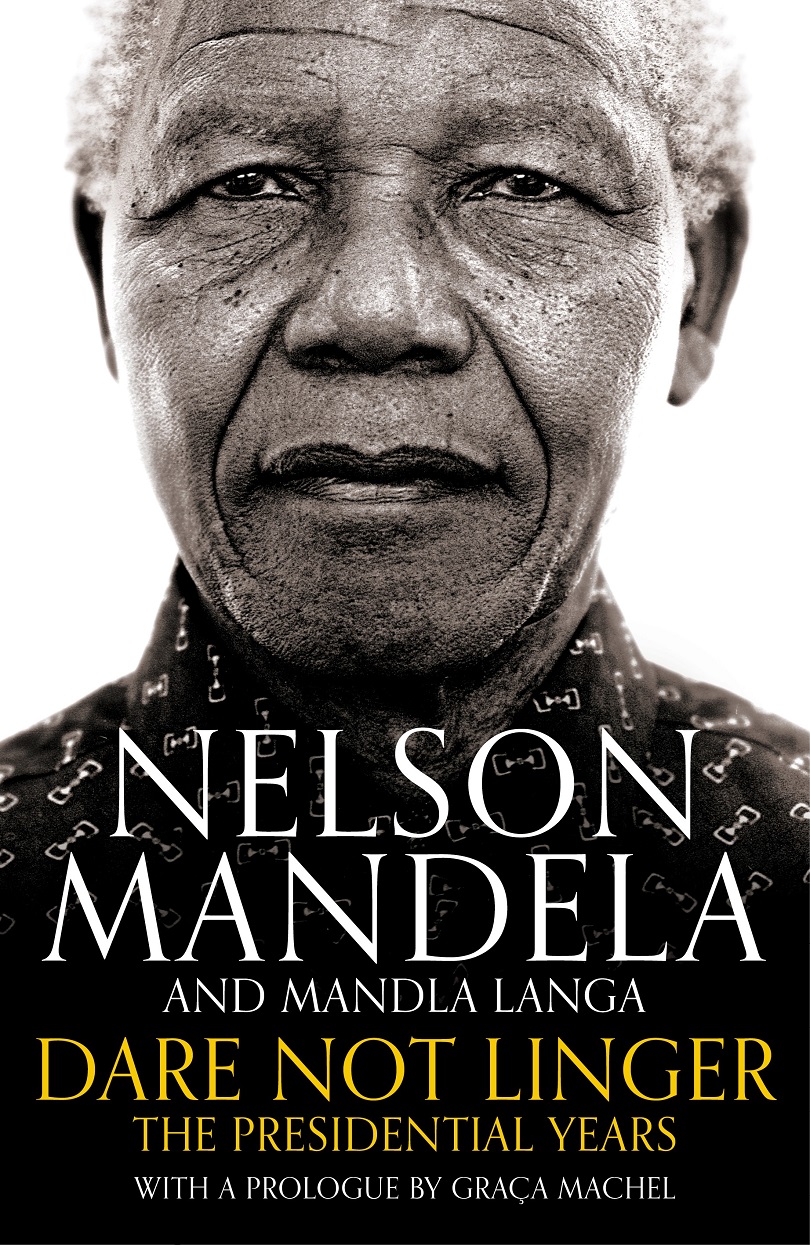 There is probably a copy of Nelson Mandela’s first memoir, Long Walk To Freedom, in many homes across South Africa, even if it’s only for show. Dare Not Linger* (The Gremlin, February 22 2018) is the former president’s second memoir and the title comes from the final words in the first volume of his autobiography: “I can rest only for a moment, for with freedom comes responsibilities, and I dare not linger, for my work is not ended.”

In the foreword Graca Machel writes that Madiba started writing what was to be the sequel to Long Walk To Freedom three months after they were married. For four years the project loomed large in his life and he wrote painstakingly with fountain pen and ballpoint, and waited for comments from his trusted advisers including the late Professor Jakes Gerwel and his assistant Zelda la Grange who gave him plenty of encouragement.

However, the world intruded and the manuscript lay dormant. But after his death the project was handed over to esteemed author Mandla Langa to complete. Dare Not Linger consists of 10 draft chapters which include several versions and notes from Mandela that have been stylised for ease of reading.

While Dare Not Linger doesn’t quite capture the language and rhythm of Long Walk To Freedom Mandla Langa has done an excellent job and it is easy to read.

There is a lot of previously unpublished material and Dare Not Linger tells the story of Mandela’s presidential years from 1994 to 1998 when, as he promised the nation, he stepped down in 1998. It’s no easy task governing a country and some of the hills he climbed to turn South Africa into functional democracy are obstacles that faced his successors Thabo Mbeki;  Kgalema Motlanthe who served as interim President for about eight months; Jacob Zuma and now Cyril Ramaphosa.

However, Mandela’s style of government was one of consensus and he always consulted with his comrades, even those not in government. And this was true when he got to the Union Buildings. He met FW de Klerk twice to discuss the cabinet. But when the first list was released De Klerk was shocked because he was not asked for his view of who should get the security portfolios which were assigned to the ANC. This, despite an agreement that it would be discussed with De Klerk beforehand. Mandela’s answer was that “my organisation overruled me”. Mandela also put his critics straight when they said the ANC was a racist organisation after the names of the cabinet ministers were published.

While the opposition grudgingly agreed to participate in the Government of National Unity (GNU) , elements in the ANC like Harry Gwala saw this power-sharing as capitulation by the ANC.

Intensive consultations took place about who would replace outgoing finance minister Derek Keys. The man Mandela chose was Chris Liebenberg , 60, who had just retired from Nedbank. Former finance minister Trevor Manuel who at the time was trade and industry minister recalls the event clearly. Mandla writes that the seemingly informal way the appointment was made is belied by the seriousness with which the ANC formed the cabinet. It was not informed by caprice.

Dare Not Linger is full of interesting insights and Mandela’s thought processes. However, paramount was his determination to achieve reconciliation between the races.

I wonder what South Africa would have looked like today if Mandela had taken different decisions. One example is his endorsement of Cyril Ramaphosa as  his deputy president, but he was overruled by the ANC and heads of state like Julius Nyerere and Kenneth Kaunda, who had built up good relationships with Mbeki.

Mandela’s reluctance to accept heath minister Nkosazana Dlamini-Zuma’s resignation during the Sarafina II scandal also came under fire with many believing that the former president was soft on corruption on his watch. It was one of the first cases of state corruption that caught everyone’s attention.

Langa has given context to the role Mandela played in laying the foundation for the Rainbow Nation. But sadly it all went wrong and we have to wonder what legacy Mandela left us or what we have learnt from him.

Madiba was a great bridge-builder, a firm believer in consensus and a reconciler. Nelson Mandela’s considered thoughtfulness comes through on every page. Perhaps it was better that he didn’t live to see what has happened to South Africa.

There are some interesting images including of pages of Mandela’s notes that show his neat and orderly handwriting and one of him polishing his shoes aboard the presidential jet. Mandela insisted on doing the more mundane personal tasks himself, instead of leaving them to his orderly.

*This is a  review of the paperback that has just been released.