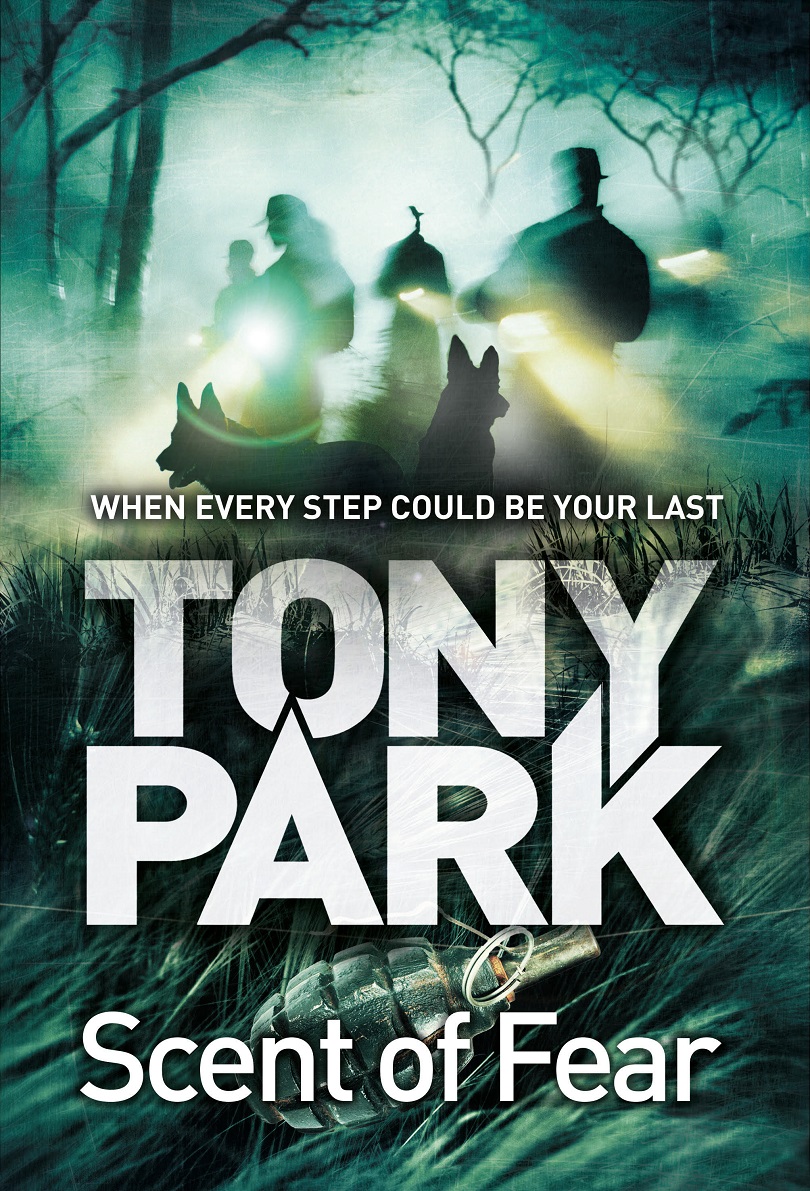 Fiction became a reality, when, soon after Tony Park completed his thriller, an Improvised Exploding Device (IED) was found in the Kruger National Park (KNP). The pipe bomb, according to a KNP spokesperson, was thought to be a new weapon in the poachers’ arsenal. Park rangers and their dogs found the IED which was connected to a battery in the southwest area of the park, near a tunnel which the poachers used as an escape route. The bomb squad was summoned and they detonated the device without incident.

Perhaps Parks was being prescient when he wrote Scent of Fear which opens with a bang when Sean Bourke, an Afghanistan veteran, and his tracker dog Benny, a Belgian Malinois, who has also been in the wars, are called to a poaching incident at Sabi Sand Game Reserve. The routine helicopter patrol turns out to be anything but routine when new recruit, Tumi Mabasa, one of the few women in the anti-poaching unit, inadvertently sets off an IED, suffers minor lacerations but seriously injures her tracker dog, Gemma, a Weimaraner.

After serving a stint as private security with his best buddy, Craig Hoddy, contracted to the American forces in Afghanistan, Sean is back home working for his ex-wife, Christine Glover and Craig who have set up a business training dogs and handlers for anti-poaching units in the KNP and beyond. Back in Afghanistan Sean and Benny saved Craig’s life , although Benny was badly injured, when an IED buried in the compound wall exploded. Sean knew there was someone watching ready to explode another device but he shot and killed the Taliban who was lurking in the shadows.

Christine also trained handlers and tracker dogs in Afghanistan but she is now running the family farm and the dog training business and is finding it difficult to keep afloat and it didn’t help that Sean, a gambling addict, conned her out of a considerable fortune, one of the reasons that led to their divorce. Now Craig and Christine are lovers, but despite their attempts to keep it secret Sean finds out. Christine also keeps lions on the farm, determined to keep them out of the clutches of organisers of canned hunting. She has become a sensation on Youtube through her interactions with Felix and Casper, her two favourite animals. David Li, a Chinese “businessman” makes Christine an offer for the farm which he thinks she won’t refuse. Li claims that he and his associates will protect the lions on the farm but in reality they want to turn the farm into a breeding factory for lions so they can sell the bones to overseas markets. It’s even more lucrative than the rhino horn export business.

Meanwhile Sean takes Tumi, who has a new tracker dog, Shikar, under his wing and teaches her to become a more than competent member of the anti-poaching unit. But no matter how well she performs she can’t seem to satisfy Oliver, a hardened military man and part of the team.

Now the hunt is on for the bombmaker and Christine enlists the aid, not so subtly, of an American female agent whose life she saved in Afghanistan. The search takes them to Mozambique, then to Johannesburg, including Emperor’s Palace where Sean tackles his gambling nemesis in a face-off, with David Li and back to the farm where the final chapter plays out.  Scent of Fear is Park’s 16th thriller set in southern Africa. It is a fast-paced, white-knuckle read and will grab you from page 1. Other titles that have been reviewed in the Gremlin include Captive, June 21; Red Earth January 20 2017 and The Cull, December12 2017.