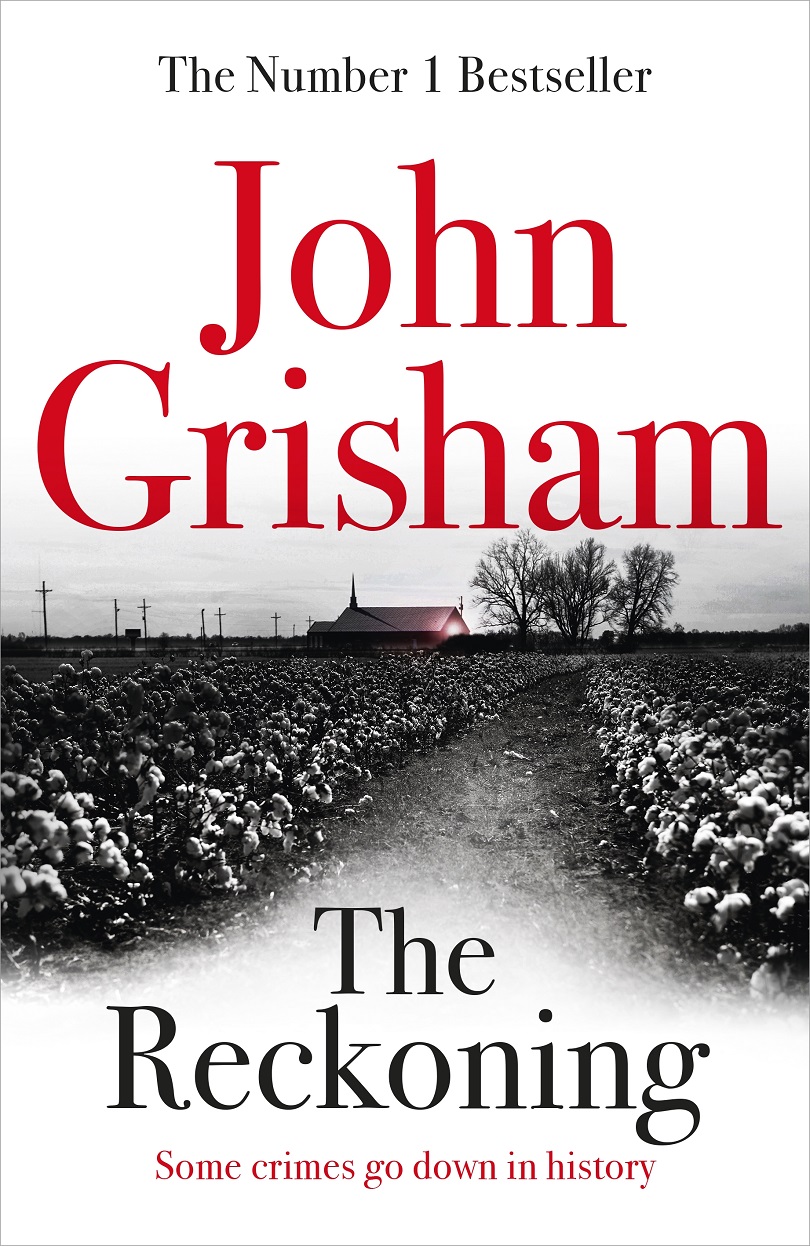 John Grisham is known for his legal thrillers and many tackle topics of the day: racism, justice or the lack of it, and the death sentence, often in a superficial way. But The Reckoning is different in that he really probes the issues. The backdrop is Clanton, Mississippi, where Grisham set his first novel, A Time To Kill in 1989, which focused on a black man taking the law into his own hands after his daughter,10, was raped and killed by two young, drunk white men.

Now Grisham is back in Clanton and the whole town is aghast when Pete Banning, a successful cotton farmer and World War II veteran who survived the notorious Bataan Death March and unspeakable torture at the hands of the Japanese in the Philippines, pumps two bullets into the town’s popular young preacher, Dexter Bell, leaving his young wife Jackie and their three children destitute.

Everyone knows that Banning did the deed and that he is guilty of murder. Indeed, he admits it. But the question everyone is asking is why? Did the war drive him mad? There is a clue when Bell asks, “Is it about Liza, I can explain.” Liza is Banning’s wife who has been in an asylum sent there by her husband. But Banning has nothing to say, not even when he comes face-to-face with “Old Sparky”, the portable electric chair. And he has nothing to say to the family’s long-time lawyer, John Wilbanks, either. Old Sparky is not a figment of Grisham’s imagination. It was used as an alternative to hanging throughout America from 1890 to 2010 and it was set up in the same courtroom where Banning was tried and found guilty of murder.

Banning was assumed dead, Missing In Action (MIA) and it took Liza, his two children, Joel and Stella, and his sister, Florry, an eccentric poet who lives on her section of the farm, a long time to accept that he was dead. However, he survived and arrived home, seriously injured, inside and out. His arrival was just as traumatic as the news that he was missing in action.

Throw into the mix a shyster attorney, Errol McLeish, who attaches himself to Jackie Bell, hoping to cash in on the civil action another lawyer, Burch Dunlap,  launches on her behalf.

Joel, Stella and Florry are also traumatised by Bell’s murder and Joel is determined to find out why his father did it. The Reckoning is told in a narrative form in three chapters: The Killing; The Boneyard and The Betrayal. The Killing describes what happened; The Boneyard covers Banning’s escapades during the war,  the trauma he lived through and The Betrayal gives the why, laying bare the family’s dark secrets. The why is not what you expect: it’s about choice and truth and what we choose to do.

The Reckoning is one of Grisham’s better books and fans will be happy. Grisham, in his author’s note, who was a member of the Mississippi Legislature for two terms, says he “stole” the story after hearing about two men, one of whom killed the other for no discernible reason, and was hanged on the courthouse lawn the next day.