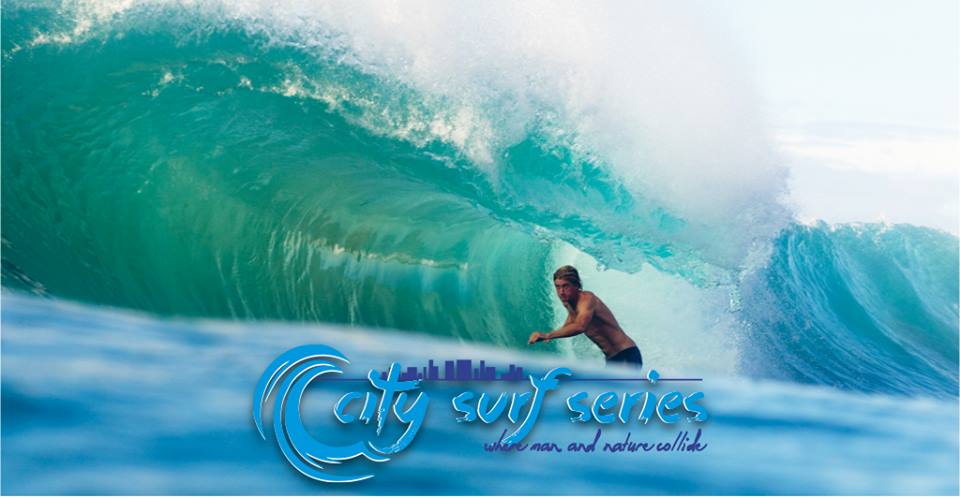 CAPE TOWN, South Africa (Thursday, 31 January 2019) – The South African surfing community have been waiting patiently for the confirmed dates of the 2019 City Surf Series™ to be announced by Accelerate Sport.

In an unprecedented confirmation of the rising presence of local professional surfers on the international stage, and thanks to the highly successful City Surf Series™ which hosts multiple internationally rated World Surf League (WSL) Qualifying Series (QS) events along our pristine coastline of South Africa during March and June – we now have 8 South African surfers rated in the top 100 on the global WSL QS ratings.

The third edition of South Africa’s premier surfing series currently has 4 confirmed events in 2019 with 2 events still sitting as tentative on the calendar.

With the aim to expose and further develop the sport of surfing which will be included in the 2020 Olympic Games, as well as attract foreign athletes to our shores – each City Surf Series™ event will feature WSL QS rated Men’s, Women’s as well as Pro Junior Men’s and Pro Junior Women’s divisions along with local SSA Longboard Men’s and Women’s divisions at select events.

An exciting new aspect of the City Surf Series™ is the focus on creating a sustainable surfing series whereby all CSS events will have a dedicated recycling zone, water stations, environmentally friendly vendors as well as a fun, educational activation area; which will highlight the global drive of reusing, renewing and recycling as much as possible. Members of the public, competitors, local schools and surf outreach programs will be educated on ocean safety, ocean awareness, plastic pollution and asked to sign the pledge board.

Dedicated to uplifting and growing surf communities in all event locations, the City Surf Series™ gives back to the local surf community by incorporating SSA Learn To Surf Initiatives and a community Beach Clean Up as part of the event itinerary.

To enter a City Surf Series™ event please click on the link – http://www.worldsurfleague.com/pages/member-management

The World Surf League (WSL) is dedicated to celebrating the world’s best surfing on the world’s best waves through a variety of best-in-class audience platforms. The League, headquartered in Santa Monica, is a global sport with regional offices in Australasia, Africa, North America, South America, Hawaii, Japan and Europe.

The WSL has been championing the world’s best surfing since 1976, annually running in excess of 180 global events across the Men’s and Women’s Championship Tours, the Big Wave Tour, Qualifying Series, Junior and Longboard Championships, as well as the WSL Big Wave Awards. The League possesses a deep appreciation for the sport’s rich heritage while promoting progression, innovation and performance at the highest levels, and in doing so crowns the undisputed world champions in Men’s, Women’s across all divisions within the tour.

Showcasing the world’s best surfing on its digital platform at WorldSurfLeague.com as well as the free WSL app, the WSL has a passionate global fan base with millions tuning in to see world-class athletes like Tyler Wright, John John Florence, Paige Alms, Kai Lenny, Taylor Jensen, Honolua Blomfield, Mick Fanning, Stephanie Gilmore, Kelly Slater, Carissa Moore, Gabriel Medina, Courtney Conlogue and more battle on the most unpredictable and dynamic field of play of any sport in the world.