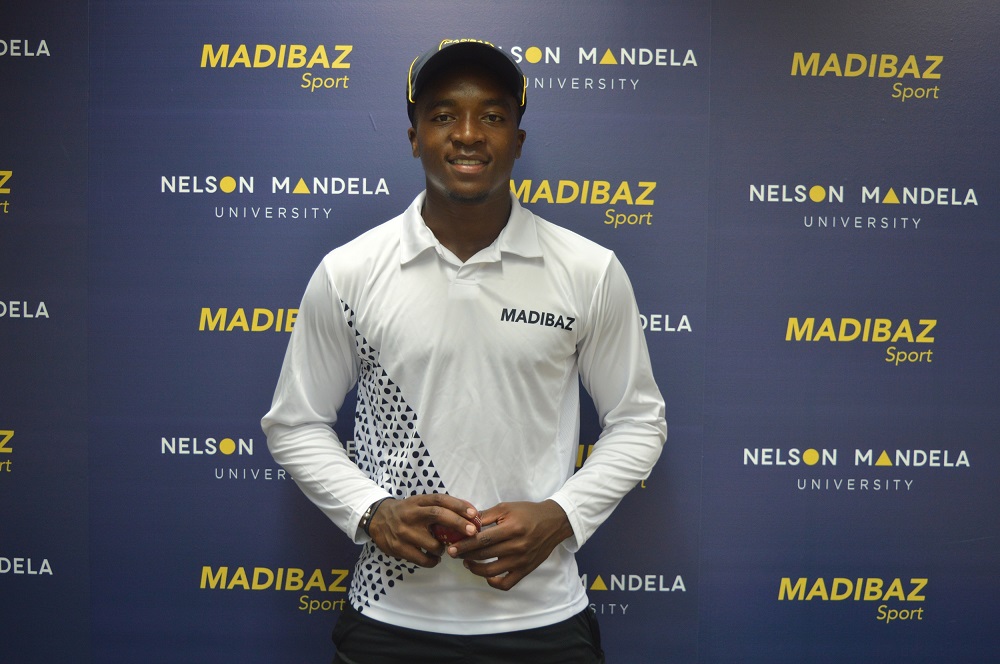 Madibaz cricketer Lutho Sipamla was “surprised and shocked” to get a call-up to the Proteas cricket team, but is determined to make the most of the opportunity.

The 20-year-old fast bowler, who is in the second year of a business management degree, was named on Friday in the national squad for the three-match Twenty20 series against Pakistan.

His selection comes after he caught the eye of the cricketing world with some impressive performances in the Mzansi Super League last year, finishing the inaugural competition as the second highest wicket-taker (16).

After he received the call informing him about his selection, Sipamla said he was “happy, nervous and emotional all at the same time”.

“It was not something I was expecting and although I know I have put in a lot of hard work it still came as something completely out of the blue.

“Of course it is very exciting for me because it has been a dream [to play for South Africa] since I was a young boy,” added the former Grey High pupil.

“Hopefully I will get a chance to play and I just want to go out there and make the most of my opportunity.

“I’m definitely excited about my cricket at this stage and am looking forward to the challenge.”

Last year Sipamla, along with Madibaz colleague Tiaan Koekemoer, was selected for the University Sport South Africa side and at the start of the 2018-19 season he was chosen for the Warriors franchise squad.

“When you play franchise cricket you have to be good and on point, and I had to work a lot on my execution and my consistency,” he said.

“Concentrating on that helped me to improve my overall game and become a better player, I guess.”

He added that the coaching teams at Madibaz and the Warriors had been “a big driving force in my cricket”.

“Every practice and every game I play I get to learn from all the seniors by speaking to them and asking questions.

“Every day I am learning and that’s what I need to do at this stage.

“I am looking forward to this opportunity [with the Proteas] and to maybe try to take my cricket to another level and perhaps compete at that level in all the formats.”

Sipamla added, however, that he knew he had to keep his feet on the ground.

“My focus right now is just on what lies ahead and to get over this one before looking too far ahead.”

The first T20 international will be played in Cape Town on Friday.

CAPTION: Madibaz fast bowler Lutho Sipamla is determined to make the most of his opportunity after being selected for the Proteas cricket squad for the Twenty20 series against Pakistan, starting in Cape Town on Friday. Photo: Lebogang Sandla