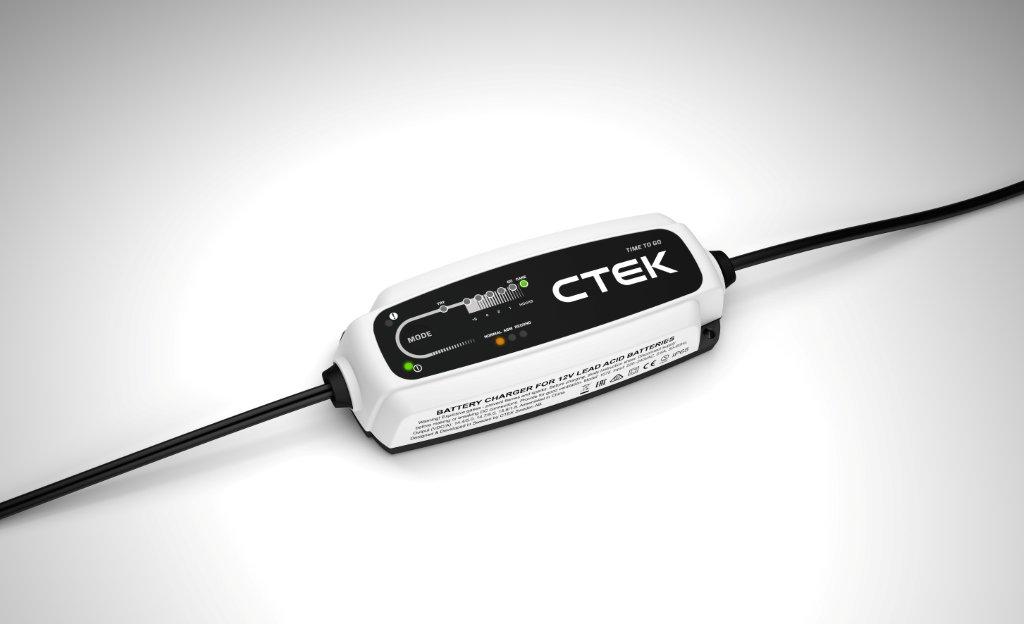 Brian Joss – Charging an automotive battery has reached a new level of convenience thanks to CTEK’s CT5 Time to Go, which provides an indication of exactly how long it will take until important charge thresholds have been reached.

The clue is in this technologically-advanced charger’s nomenclature: a series of lights indicate when your battery is sufficiently charged to disconnect and start the engine but it also has a ‘Try’ function for when time is limited – it lets you know when you can safely attempt a start, indicated by the first LED in a sequence illuminating.

With the guesswork out of the equation you can plan accordingly, knowing how much charging time is still needed.

With its smart electronics the CT5 Time to Go will detect when polarity is inadvertently reversed (negative lead to positive terminal, or vice-versa) and nor will it spark when being connected or disconnected. The CT5 Time To Go is fully automatic and can be connected to a battery indefinitely, and won’t over- or under-charge. It won’t spark when connecting either and is also intelligent enough to recondition a badly depleted battery by bringing up the charge rate progressively.

It has a function which allows it to be used as a battery maintainer and can be used to keep all common battery types topped up via the “Care” mode.

Says Enertec’s Brett Kable: “The CT5 Time to Go has moved the charging game forward, adding a level of convenience and practicality which is a first for the industry. Recently, German magazine Autobild chose it as the overall winner of a massive 14-way charger shoot-out, the CTEK product scoring 448 out of a possible 500 points. The testing was carried out by GTÜ, an independent testing organisation.”